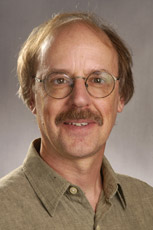 Qui suis-je?
I am responsible for the Medieval and Renaissance portion of both our civilization and literature curriculum, and the department’s Literature and Culture in Translation courses.  I also share my love of the MiddleAges outside of my department, in the Humanities program, which houses my May Term travel course to France and England, and Gateway.

I resided in France both as an undergraduate and an M.A. candidate, and prior to completing the Ph.D., spent two years in Quebec teaching English at Laval University.  More recent experience in Europe includes travel courses for IWU students, teaching Old Occitan language and literature in a summer program in Narbonne, and several summer research trips, spent in manuscript reading rooms in Paris, Lille, Brussels, and Bern, as well as filming the French pilgrim roads to Santiago de Compostela.  In addition, I spent the 1995-96 school year at the Université de Poitiers, studying medieval musicology.

Courses Taught:
All levels of French language, including:  French 302 Advanced Expression:  The Written Medium, French 315 French Civilization I:  Roman Gaul to the Renaissance, and French 315 Studies in Medieval and Renaissance Literature; LC 275 Heroic Poetry in Performance; and Humanities 270 "The Plantagenet World:  France and England 1100-1400" (Travel course to France and England)

Research Interests:
My research focuses on lyric poetry as a performed genre.  As it combines narratology and music, my work has extended to include narrative as well as lyrico-narrative nerse, the motet, and most recently, rhetoric and drama.  I am also an avid reader in art history, particularly Romanesque and Gothic iconography, and I have developed a web site for instruction in that field.

Recent Publications:
In addition to articles, recordings, translations, and reviews, the following monographs: