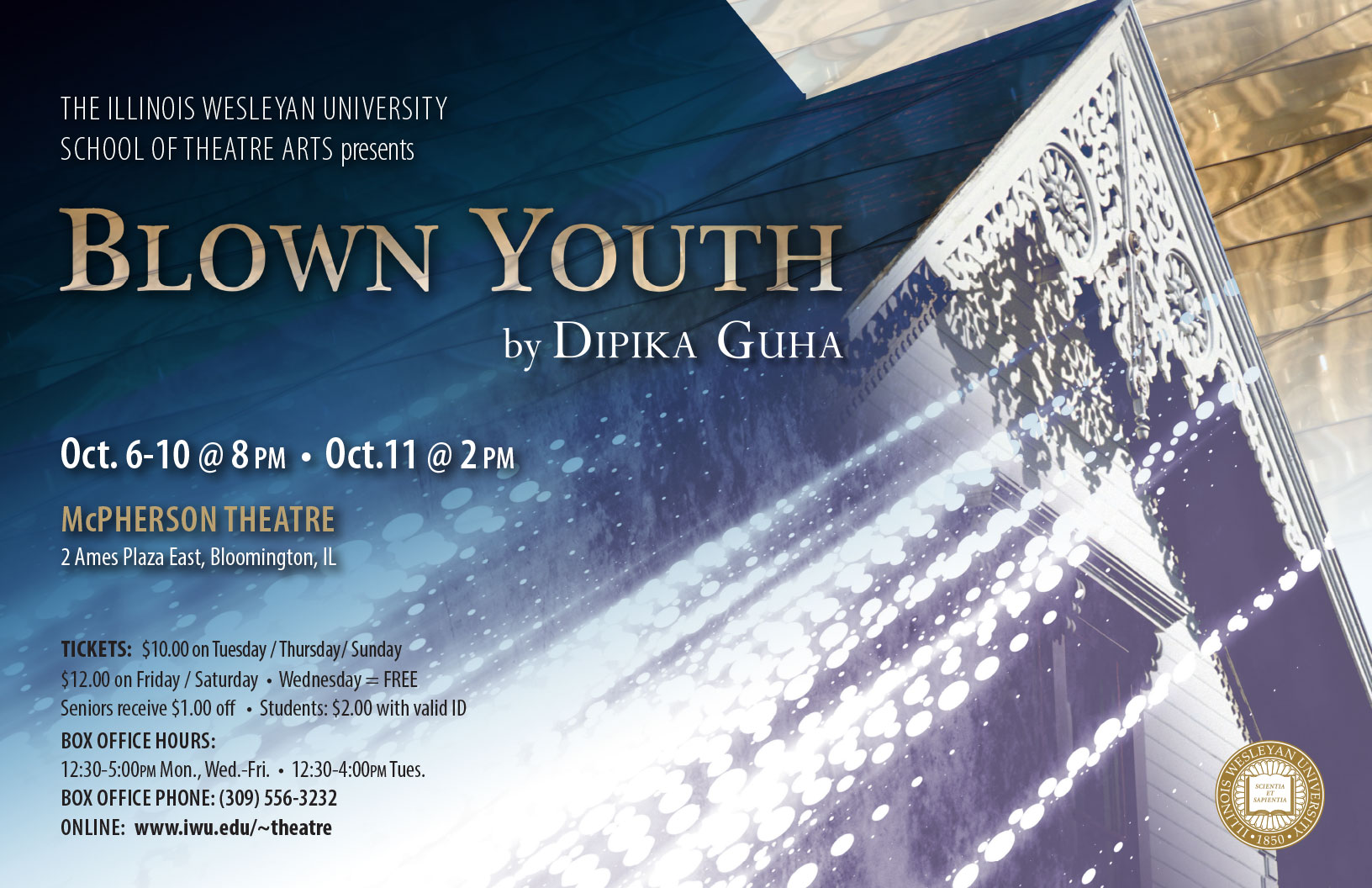 This piece is inspired by William Shakespeare’s HAMLET.  The modern twist?  This play explores what happens to the universe when a woman is put at the center.  We are pleased to present the Midwest debut of this new play by Dipika Guha. Anna is a senior BFA Acting major from Barrington, IL. Previous McPherson Theatre credits include Women on the Verge of a Nervous Breakdown (Ensemble/Ivan’s Concierge/featured dancer), The Drowsy Chaperone (assistantdirector), andserving on the wardrobe crews for Hay Fever, FCDC Sins, and 9 to 5: The Musical. Credits in the E. Melba Johnson Kirkpatrick Laboratory include Treasure (Maria Reynolds), and the wardrobe crews for Red Devils and The Memory of Water. In the Phoenix Theatre she has appeared in Matt & Ben (Matt Damon) and Steel Magnolias (Ouiser Boudreaux). Anna recently completed a semester abroad at the British American Drama Academy in London, England, where appeared in Kelly Hunter’s production of MacBeth (Ross/Angus/Lennox) in the spring of 2015. “Special thanks to my truly remarkable friends and family. All of you have supported me so very much. Thank you for helping me pursue my passions and turn my words into actions. Thank you for being a soft place to fall if ever I need it. Thank you for reminding me that it’s okay to fail as long as you fail as big as you can. I am forever grateful.” 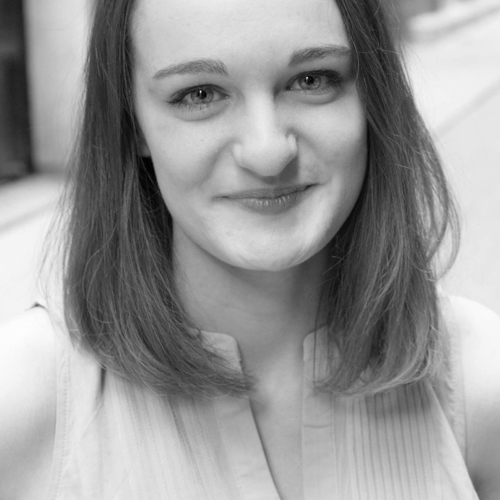 Brooke is a sophomore BFA Acting major from Los Angeles, CA. In McPherson, crew work includes Faculty Choreographed Dance Concert 2015: Losing It (light hang electrician), Where In The World Is Frank Sparrow? (light hang electrician/run crew), Women on the Verge of a Nervous Breakdown (run crew), and A Lie of the Mind (wardrobe crew). In the E. Melba Johnson Kirkpatrick Laboratory Theatre, she served on the wardrobe crew for The Shape of Things. She appeared in a staged reading of Upon the Fragile Shore (Actress D) in the Phoenix Theatre. “All the love in the world to my supportive and inspiring friends and family! You are the reason I’m able to be here doing what I love.” Cassondra is a senior BFA Acting major from Grand Haven, MI. During her time here at IWU, she has also been able to focus on makeup design, and has designed makeup for Where in the World is Frank Sparrow?, Women on the Verge of a Nervous Breakdown, and the upcoming Giant, as well as serving on wardrobe crew for The Drowsy Chaperone, Hay Fever, and A Class Act, all in McPherson Theatre. Credits in the E. Melba Johnson Kirkpatrick Laboratory Theatre include The Shape of Things (wardrobe crew head) and Problem Child (wardrobe crew). She has participated in Advanced Scene Study class and the Directing Class Ten-Minute Play Festival, as well as performing in Voices of Gaza (Woman 1/Mother) in the Phoenix Theatre. “I’d like to thank God and my family. They are my rock. I couldn’t have accomplished any of this without you. Thank you for believing in me!” Maggie is a senior BA Theatre Arts major from Elmhurst, IL. Previous McPherson credits include Where In The World Is Frank Sparrow? (asst. director), Women on the Verge of a Nervous Breakdown (Ana), and other work includes The Drowsy Chaperone (usher), Hay Fever (asst. costume designer), A Class Act (wardrobe crew), Faculty Choreographed Dance Concert 2013: Sins (asst. costume designer), and As You Like It (wardrobe crew). In the E. Melba Johnson Kirkpatrick Laboratory Theatre, Maggie served on wardrobe crew for Float and performed in Problem Child (Helen), and will make her EMJK Lab directing debut this May with Body Awareness. Her directing work has been seen in the Phoenix Theatre and includes Doris Day and Oh, the Humanity for the Directing class Ten-Minute Play Festival. She also appeared in the Phoenix in Steel Magnolias (Annelle). This spring and summer, Maggie had the pleasure of serving as Production Assistant for Route 66 Theatre Company’s 2015 New Play Development Workshop, and interned at Lifeline Theatre in Chicago. Erica is a senior BFA Music Theatre major from Lake Forest, IL. Work in McPherson Theatre includes Faculty Choreographed Dance Concert 2015: Losing It (dancer), Women on the Verge of a Nervous Breakdown (Lucia), A Lie of the Mind (assistant properties master), The Drowsy Chaperone (Janet Van De Graff), A Class Act (Cyd), Hay Fever (light board operator), Faculty Choreographed Dance Concert 2013: Sins (wardrobe crew), As You Like It (light hang electrician), A Shayna Maidel (light hang electrician), and 9 to 5: The Musical (wardrobe crew). In the E. Melba Johnson Kirkpatrick Laboratory Theatre she served as an usher for Treasure. Last spring, she performed in The New Hopeville Comics (Pete) as part of the Music Theatre Workshop class, has performed in the Directing class Ten-Minute Play Festival, the Student Choreographed Dance Concerts, and serves as the Artistic Director of 24 Hour Theatre Festival. An active participant in Music Theatre Society, Erica has performed in Redhead the Musical (Sarah Simpson), and Bloomer Girl (Dolly). “Mom and Dad, you mean the world to me and I love you with every last bit of my heart. Thank you for believing in me and supporting my decision to go into theatre.” Elizabeth is a junior BFA Acting major from Fairview Heights, IL. Previous McPherson credits include Where In The World Is Frank Sparrow? (Hare/Ensemble), and E. Melba Johnson Kirkpatrick Laboratory Theatre credits include The Shape of Things (Evelyn) and F2M (Linda Lou). She has acted in both the Directing Class Ten-Minute Play Festival in the Phoenix and 24 Hour Theatre Festival. “All hail the Mama and the Papa. Always.” 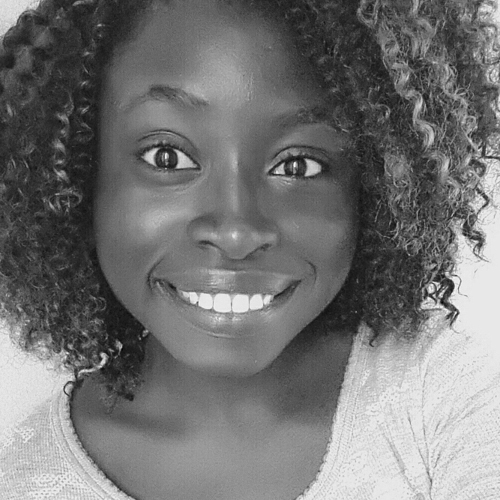 Melissa is a sophomore Biology Premed student with a minor in Religion from Port Harcourt Nigeria. She is thrilled to be making her acting debut in Blown Youth here at IWU. “I’d like to thank Nancy Loitz for giving me the opportunity to be a part of this great project; Forrest, Dana, and Lela for being so helpful at every single rehearsal; and also the rest of my castmates for being patient with me while I navigated my way through my first play and also for not laughing when I didn’t know the theatre/stage terms such as: upstage, downstage, and cheat out. P.S. Thank you to everyone else who contributed in making the show a success.” 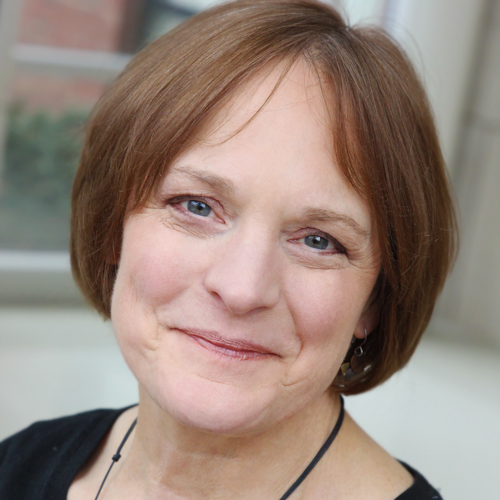 Nancy came to IWU in 1986 as the Coordinator of the Music Theatre program. During her years in this role, she directed productions from a variety of genres including Aaron Copeland’s opera The Tender Land and the operettas Most Happy Fella and Candide. Her non-musical productions from a variety of genres including Arthur Kopit’s Wings to Euripides’ Medea to David Mamet’s Bobby Gould in Hell. She has particularly enjoyed her work with new playwrights on the development of original works, including The Making of Finley Smith which was written by IWU alumni Duke Novak and Mara Hesed. Nancy was appointed Director of the School of Theatre Arts in 1999 and served in this capacity for seven years before taking a leave for her work at Augustana College. Moving to this position coincided with a shift in her focus from stage directing to the incorporation of the technique Alba Emoting into her work as an acting teacher and coach. Nancy studied extensively with neurophysiologist Susana Block, the originator of this powerful tool. Alba Emoting practitioners can skillfully manipulate physical manifestations of human emotion to trigger and control genuine subjective responses which can then be applied to an actor’s work. Dr. Bloch’s work originated in Chile (where Nancy received her first training) and Denmark. Nancy was one of the first two American acting teachers to be certified to train actors to use Alba Emoting. She has taught the method in an academic setting at IWU, Augustana College and the University of Asheville. She has also brought it to professional actors through intensive seminars in Zurich, Switzerland, Milan, Italy, at Victory Gardens Theater in Chicago and at the Cincinnati Conservatory of Music. 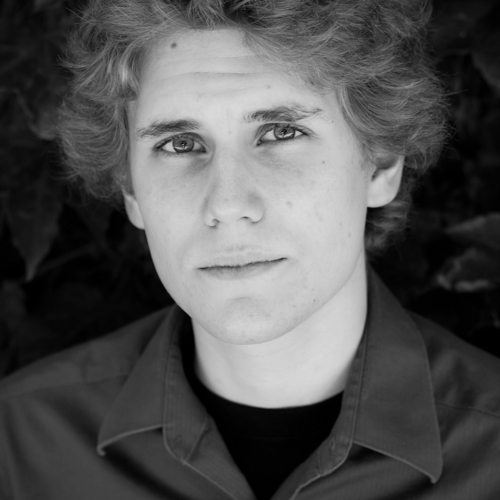 Forrest is a senior BFA Acting major from Lexington, Kentucky. Forrest has appeared in A Lie of the Mind (Baylor), Hay Fever (Richard Greatham) in McPherson Theatre, as well as serving as dramaturg for last season’s Where In The World Is Frank Sparrow?. In the E. Melba Johnson Kirkpatrick Laboratory Theatre, he appeared in Problem Child (Phillie Phillips). As part of Play Workshop class, Forrest performed in An Actor Prepares (Stanislavsky 1) in the Lab Theatre. “Special thanks to Mazhah and Fazhah.” 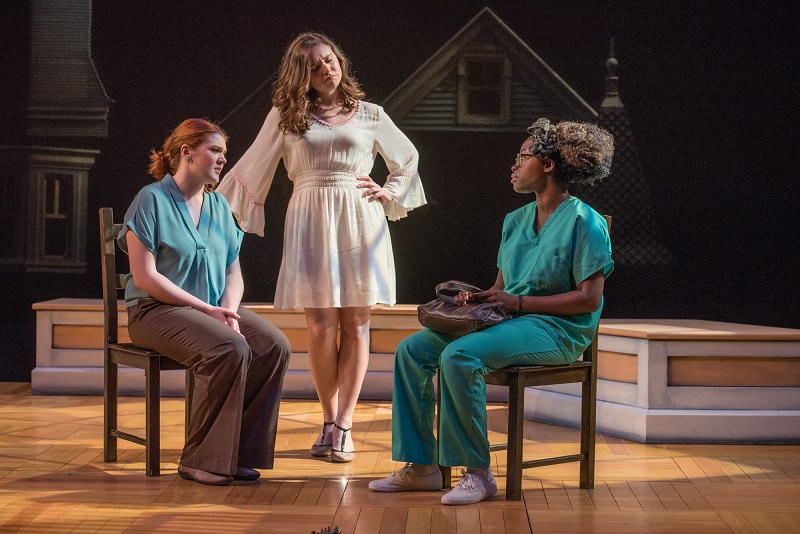 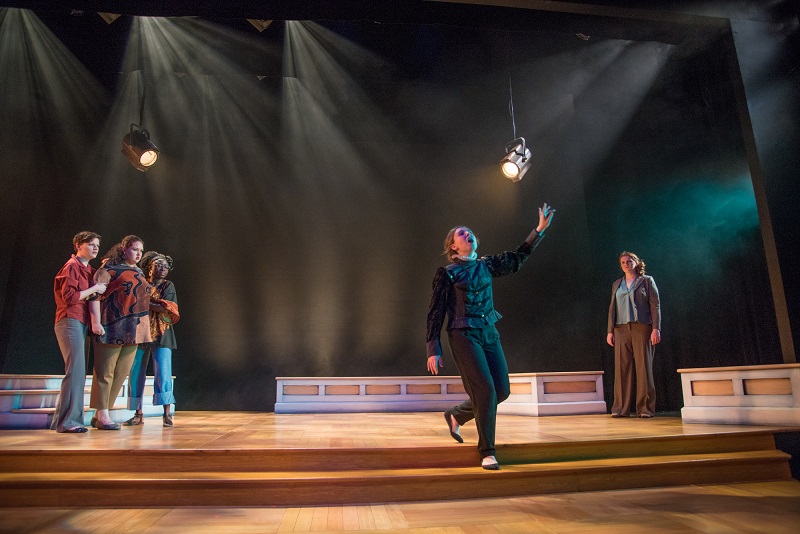 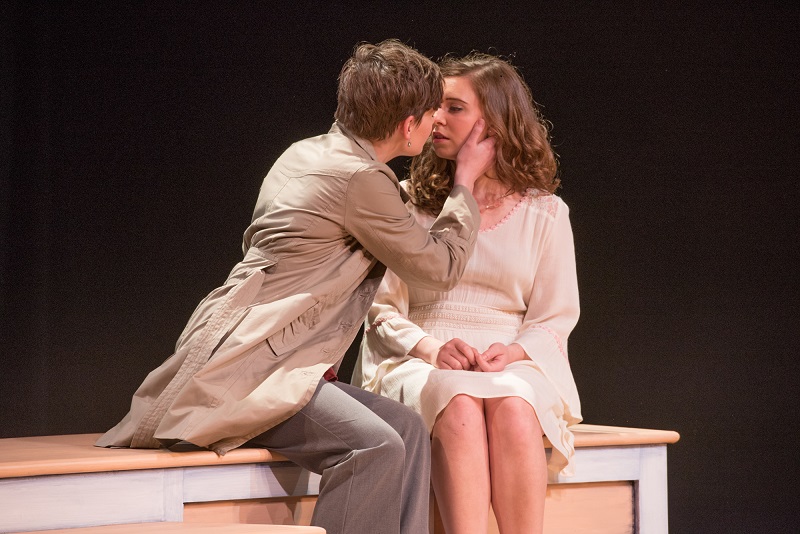