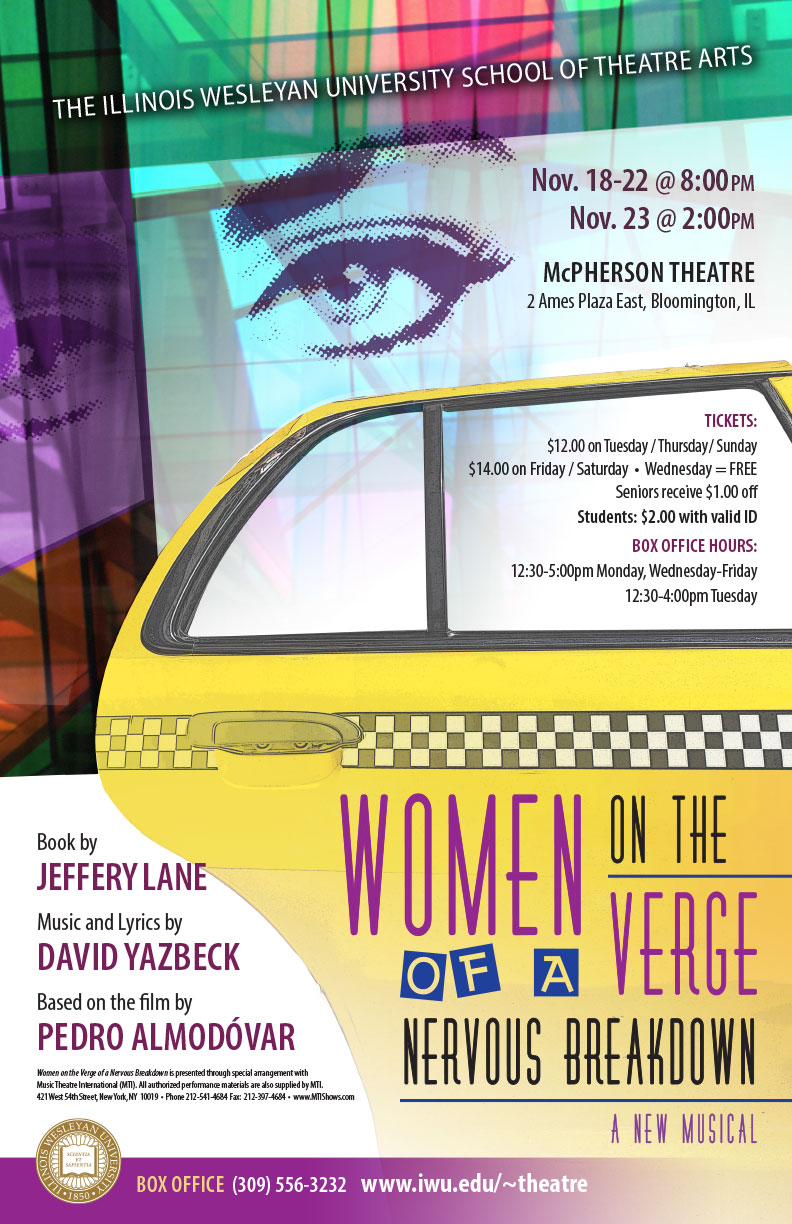 Women on the Verge of a Nervous Breakdown

Book by Jeffrey Lane, Music and Lyrics by David Yazbeck, Based on the film by Pedro Almodovar

A musical adaptation of Pedro Almodóvar's beloved film of the same name, WOMEN ON THE VERGE OF A NERVOUS BREAKDOWN is the brainchild of the talented team behind Dirty Rotten Scoundrels. Both touching and hilarious, WOMEN ON THE VERGE is a story about women and the men who pursue them... finding them, losing them, needing them, and rejecting them. At the center is Pepa whose friends and lovers are blazing a trail through 1980s Madrid. Along with Pepa, there's her missing (possibly philandering) lover, Ivan; his ex-wife of questionable sanity, Lucia; their son Carlos; Pepa's friend, Candela, and her terrorist boyfriend; a power-suited lawyer, and a taxi driver who dispenses tissues, mints and advice in equal proportion. Mayhem and comic madness abound, balanced by the empathy and heart that are trademarks of Almodóvar's work. 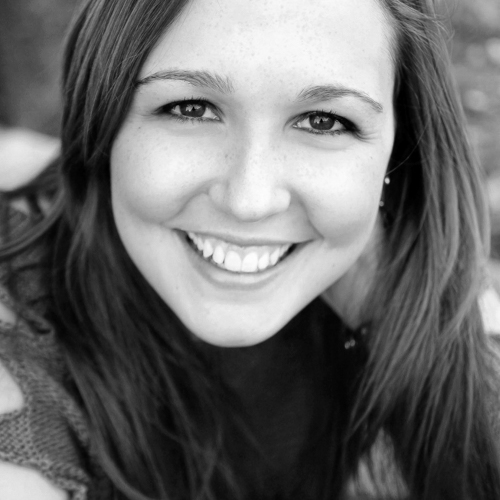 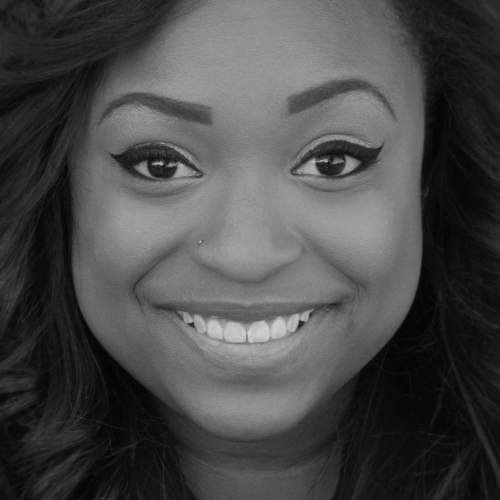 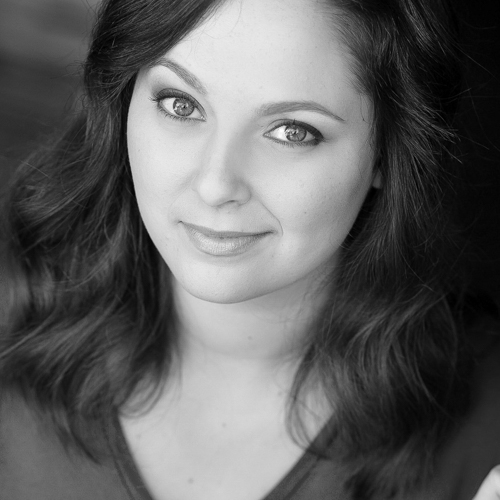 Kelsey is a junior BFA Music Theatre major from St. Louis, MO. She has been on several crews in McPherson Theatre, including A Shayna Maidel (light hang electrician) and 9 to 5 (run crew), and Red Devils (usher) in the E. Melba Johnson Kirkpatrick Laboratory Theatre. She appeared in the Phoenix Theatre in Do-Overs. Professionally, Kelsey performed in 101 Dalmatians (Trixie, ensemble) at Stages St. Louis. "I'd like to thank my family and friends for always supporting me; and I'd especially like to thank the IWU faculty, as well as this amazing cast and crew, for making my experience in my firs college production so positive and fun!" 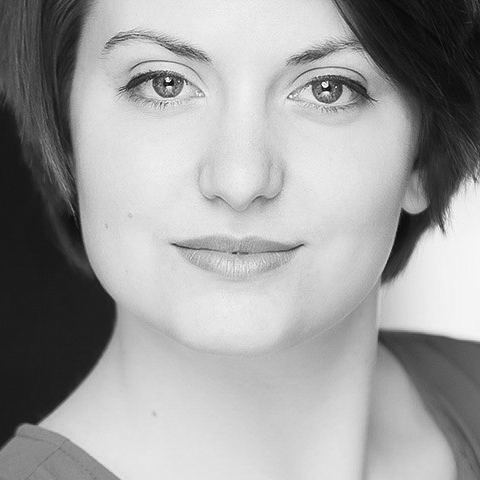 Heather is a senior BFA Music Theatre major from Portland, Oregon. In McPherson, she has appeared in A Class Act (Sophie Callan), 9 to 5 (Margaret), and Faculty Choreographed Dance Concert 2013: Sins (dancer). Heather participated in the Music Theatre Society's production of Bloomer Girl (Evalina), and has been a dancer and choreographer in the Student Choreographed Dance Concert 2012 and 2013 here at IWU. "Special thanks to my friends and family for their love and support, especially my mom, Aunt Cheri, and Uncle Steve." 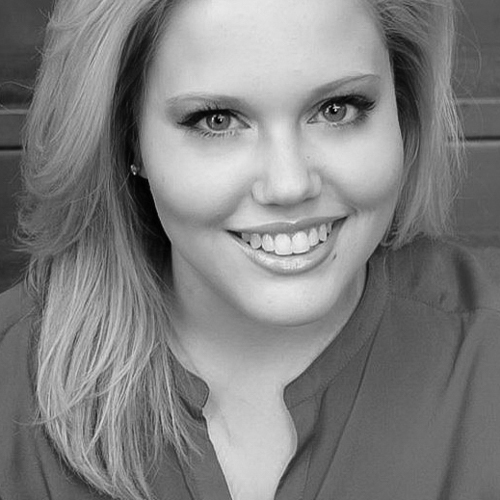 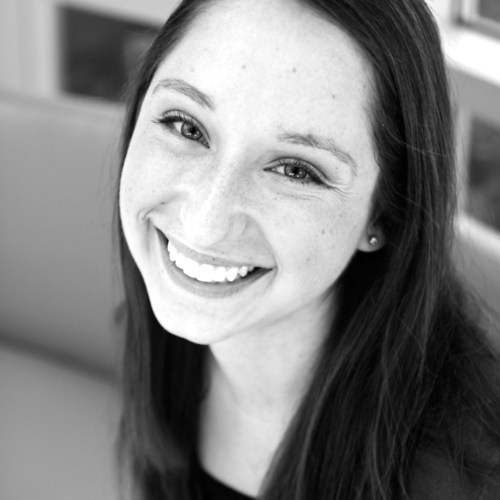 Sarah is a senior BA Theatre Arts major and English minor from Evergreen Park, IL. Previous McPherson Theatre positions include A Shayna Maidel (Hanna), The Children's Hour (run crew), Tartuffe (run crew), Promenade (run crew), 9 to 5 (usher), and the Faculty Choreographed Dance Concert 2013: Sins (asst. stage manager). Sarah also worked in the E. Melba Johnson Kirkpatrick Laboratory Theatre production of Red Devils (dramaturg). She acted in the Directing 1 class scenes and the Ethnodrama Project I Just Knew. This summer, thanks to an Eckley Summer Research grant, Sarah worked with the Tangleknot Theatre's production of Nickel and Dimed (dramaturg, asst. stage manager, audience development, and outreach associate). "Special thanks to my truly incredible family and friends. I love you. Thank you for everything." 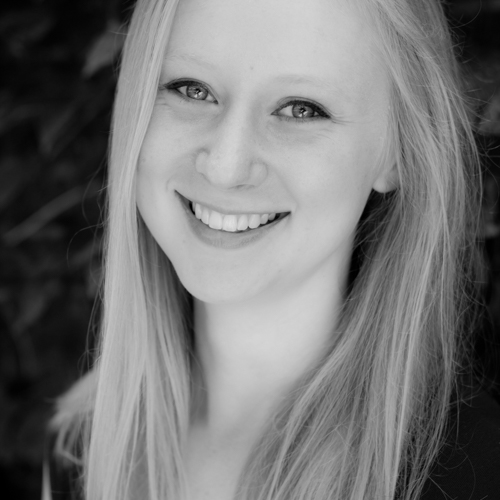 Maggie is a junior BA Theatre Arts major from Elmhurst, IL. She has held several positions in McPherson, including on Hay Fever (assistant costume designer), 9 to 5 (follow spot operator), As You Like It (wardrobe crew), Faculty Choreographed Dance Concert 2013: Sins (assistant costume designer), and A Class Act (wardrobe crew). She has performed in the Phoenix Theatre in Steel Magnolias (Annelle). 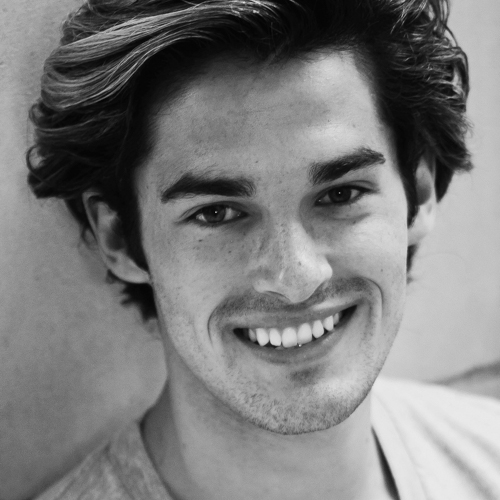 Jordan is a senior BFA Music Theatre major from Geneseo, Illinois. We have seen him perform in McPherson stage in 9 to 5 (ensemble) and Faculty Choreographed Dance Concert 2013: Sins (dancer) and as wardrobe crew member for As you Like It and Promenae. He has operated the light board for The Children's Hour and Election Day. Jordan was in the E. Melba Johnson Kirkpatrick Laboratory Theatre's production of Adaptation (Phil Benson). He has also worked in the Phoenix Theatre in Dog Sees God (Beethoven) and with the Music Theatre Society in Best Little Whorehouse in Texas (Melvin P. Thorpe) and Bloomer Girl (Beethoven). Jordan has also performed in the Student Choreographed Dance Concert here at IWU. 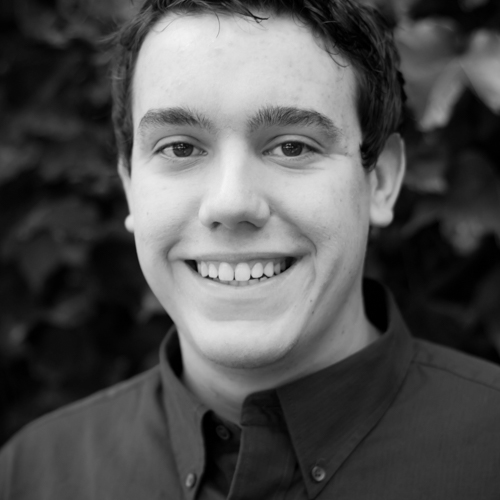 Chris is a junior BFA Music Theatre major from Castle Rock, CO. He has been involved with several McPherson Theatre productions including Hay Fever (assistant master electrician), A Shayna Maidel (light hang electrician), 9 to 5 (run crew), As You Like It (light hang electrician), and Faculty Choreographed Dance Concert 2013: Sins (follow spot operator). In the E. Melba Johnson Kirkpatrick Laboratory Theatre, Chris was involved with The Memory of Water (wardrobe crew), and acted in the Directing I class scenes. 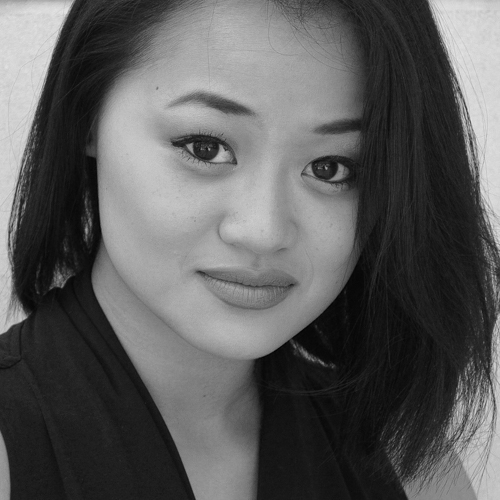 Priscilla is a senior BFA Acting major with a minor in Theatre Dance from Chicago, IL. She recently appeared in McPherson in Hay Fever (Jackie Coryton, Myra Arundel u/s), and has served on many crewsin McPherson for The Children's Hour (usher), Hello Again (run crew), 9 to 5 (wardrobe crew), As You Like It (light hang electrician), and Faculty Choreographed Dance Concert: Sins (usher). Priscilla served on the run crew for Election Day in the E. Melba Johnson Kirkpatrick Laboratory Theatre. Priscilla was a part of the Research Honors project Skin Deeper and performed in the Shringara Theatre production of Trying to find Chinatown. "I would like to thank my friends and family for the support through my decisions to succeed in my dreams, and for going on this journey of life with me, believing in me every step of the way."

Entire Cast & Crew - Women on the Verge of a Nervous Breakdown 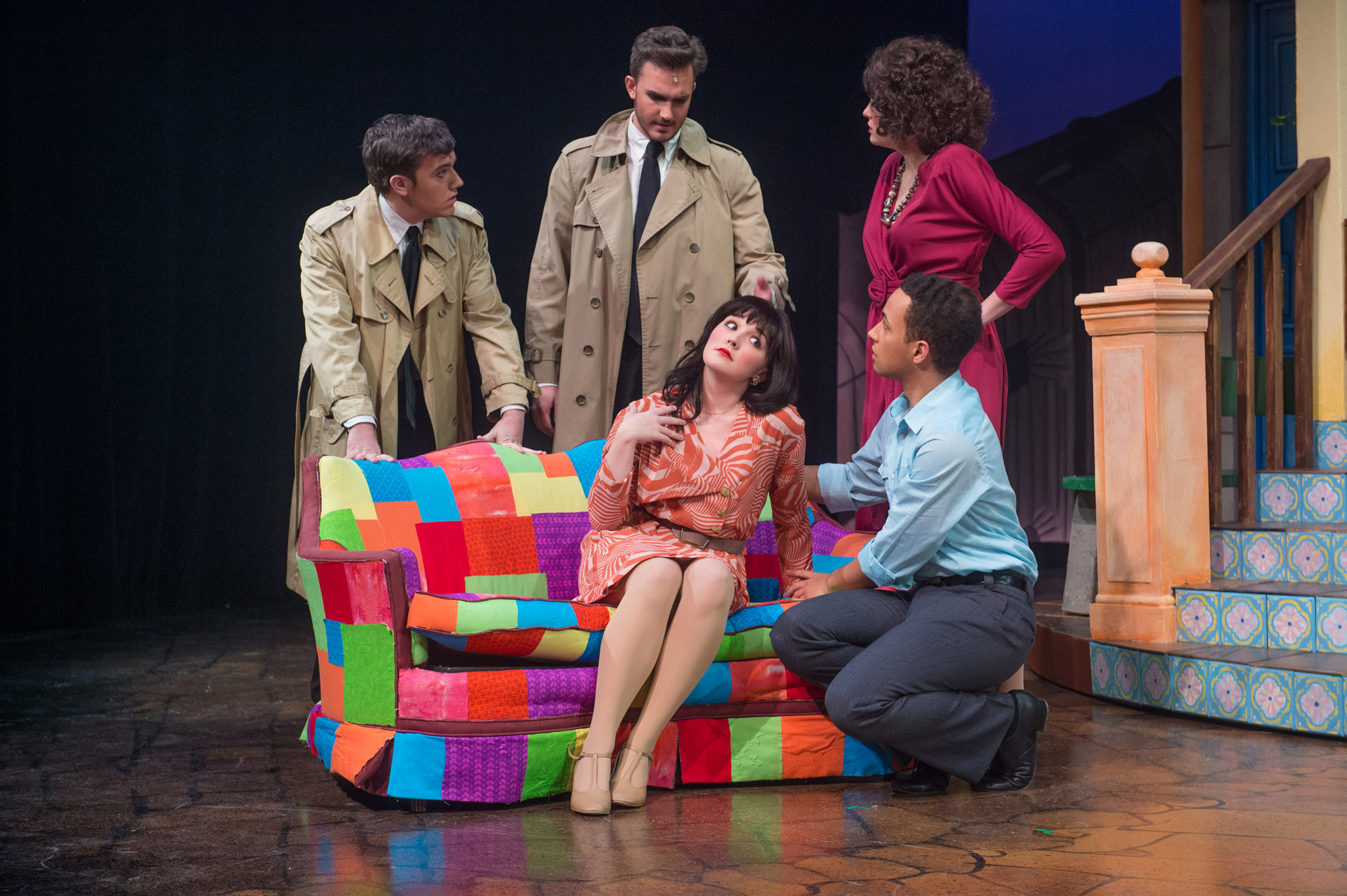