Dr. Martin Luther King Jr. was a tireless champion of the social underdog in our society. He had launched a poor people's movement and was advocating for garbage workers when he was shot in Memphis, Tennessee in 1968. Just two years earlier in 1966, he took a stand against complacency and issued this challenge while speaking at Illinois Wesleyan University.

Now we don't have an IAACM in town or on campus, but we do have many IAACM type organizations and clubs. The first step in taking a stand against complacency is to think critically about what social justice means. Then find an organization that furthers your understanding of social justice and start building our democracy. 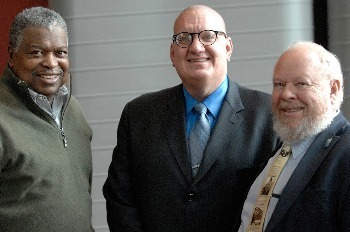