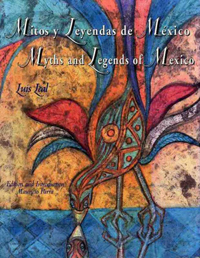 The Department of World Languages, Literatures and Cultures (WLLC) at Illinois Wesleyan University is able to offer competitive scholarships to qualified students who carry out Hispanic Studies research off-campus in the U.S. or abroad while enrolled in an IWU-affiliated program. Two awards are available annually for $1000 and for $250, respectively. Students awarded scholarships commit to documenting and sharing their research during and/or after the off- campus experience.

Luis Leal was one of the foremost critics of Mexican, Chicano and Latin American Literature. He was born in Mexico to a modest family, but decided to further his education in the United States. He was always grateful for the institutional support he received.

He was always a dedicated generous teacher, who made everybody feel included in his classes regardless of age, gender, abilities or background. Racial equality was extremely important to him and he committed to it in his personal and professional life. Along those lines, he is known for being among the first critics to teach Latin American and Chicano writers, both as part of the Spanish curriculum and as independent fields in their own right. In recognition of his founding role in the field of Latina/o Studies, he received the Distinguished Scholarly Award from the National Association of Chicano Studies.

It has been said that for Leal, “criticism was almost exclusively preoccupied with community.” In recognition for his community involvement and his academic contributions, Leal received the United States National Humanities Medal. Additionally, the Mexican government awarded him the Aztec Eagle, its highest award for foreign citizens. This scholarship is named for Dr. Leal because throughout his life he realized his own individual intellectual potential and fostered that goal in others by living and teaching within a framework of social justice, global citizenship, and respect for diverse communities, values that both the Hispanic Studies Program and IWU carry in their mission statements.

Eligibility: Applicants must
•  Be a Hispanic Studies major or minor
•  Be a full-time enrolled student at IWU
•  Have applied or will apply to an IWU-approved affiliated program in a Spanish-speaking country or in the U.S.