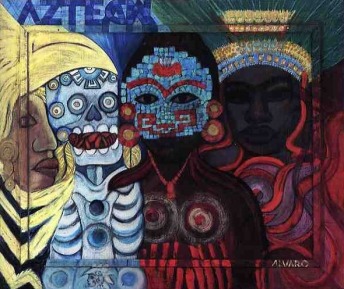 "These narrations and legends, faithfully recreated by Luis Leal and splendidly illustrated by Álvaro Ángeles Suman are key pieces of a rich and complex history which deserve to be recognized and preserved for present and future generations."
-from the Introduction by Mauricio Parra.

"Large and visually striking, the book was illustrated by Mexican artist Álvaro Ángeles Suman... Leal is the quintessential scholar, as his new book so well indicates."
-from Hispanic Business Inc. (2003)

Luis Leal's Mitos y Leyendas de México/Myths and Legends of Mexico is a collection of 20 popular Mexican legends recreated by the author. Accompanying each legend there is an original illustration by acclaimed Mexican painter Álvaro Ángeles Suman. The book has been published in bilingual (English/Spanish) edition, with a comprehensive introduction by Mauricio Parra. The first eleven legends evoke the Aztec and Mayan imaginary, while the last nine pieces explore specific moments in the Spanish Conquest and colonization as well as the Mexican Revolution. 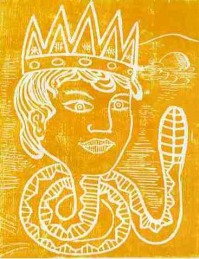 About the Author:
Luis Leal is an internationally recognized scholar of Mexican, Chicano and Latin American Literature, and the author of over 30 books and 300 articles. He has been recognized with the highest distinctions afforded to a man of letters in the United States, Mexico and Spain, including the Mexican Order of the Aztec Eagle and the United States National Humanities Medal. 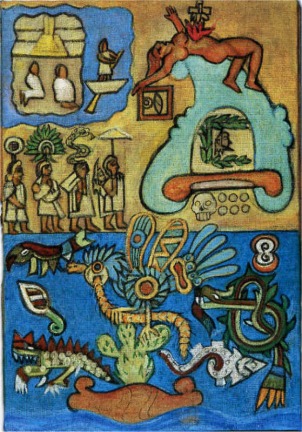 Álvaro Ángeles Suman has exhibited his work in Mexico, the United States and Spain. Critics have argued that the use of traditional Mexican motifs gives the work of Suman a distinctive tone, generally associated with the work of the well-known artist, José Guadalupe Posada, and with the artistic tendencies explored by the Mexican muralists. The recreation of Mexican cultural icons in a contemporary style makes Suman the perfect artist to capture in color and form the words so masterfully narrated by Luis Leal. 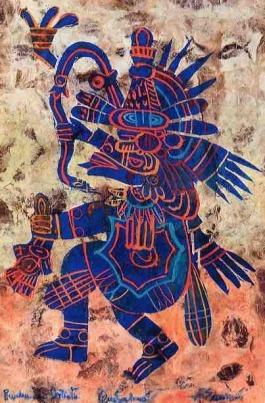 Mauricio Parra is currently professor of Hispanic Studies at Illinois Wesleyan University.
His research interests include Colombian literature and art, Mexican literature and culture, the Mexican and Cuban Revolutions, and Latina/o identities in the U.S. 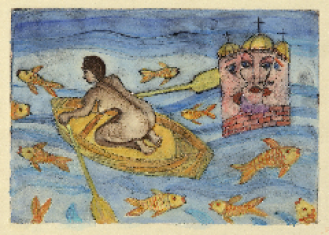 English Translation:
Amanda Harris-Fonseca is a visiting professor at the University of California Santa Barbara.
She served as a research and translation director and production for the documentary on
La Malinche, Indigenous Always (aired nationally by PBS). Harris-Fosenca's research, poetry and
critical focus on the literary, historical and cultural expressions of U.S. Latinas and Mexican writers. 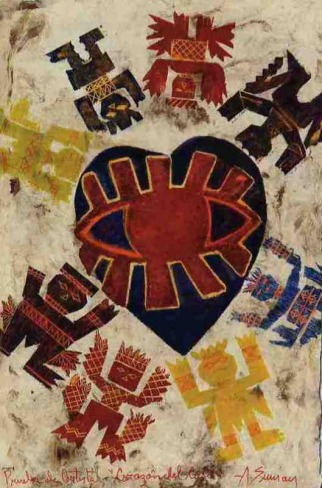