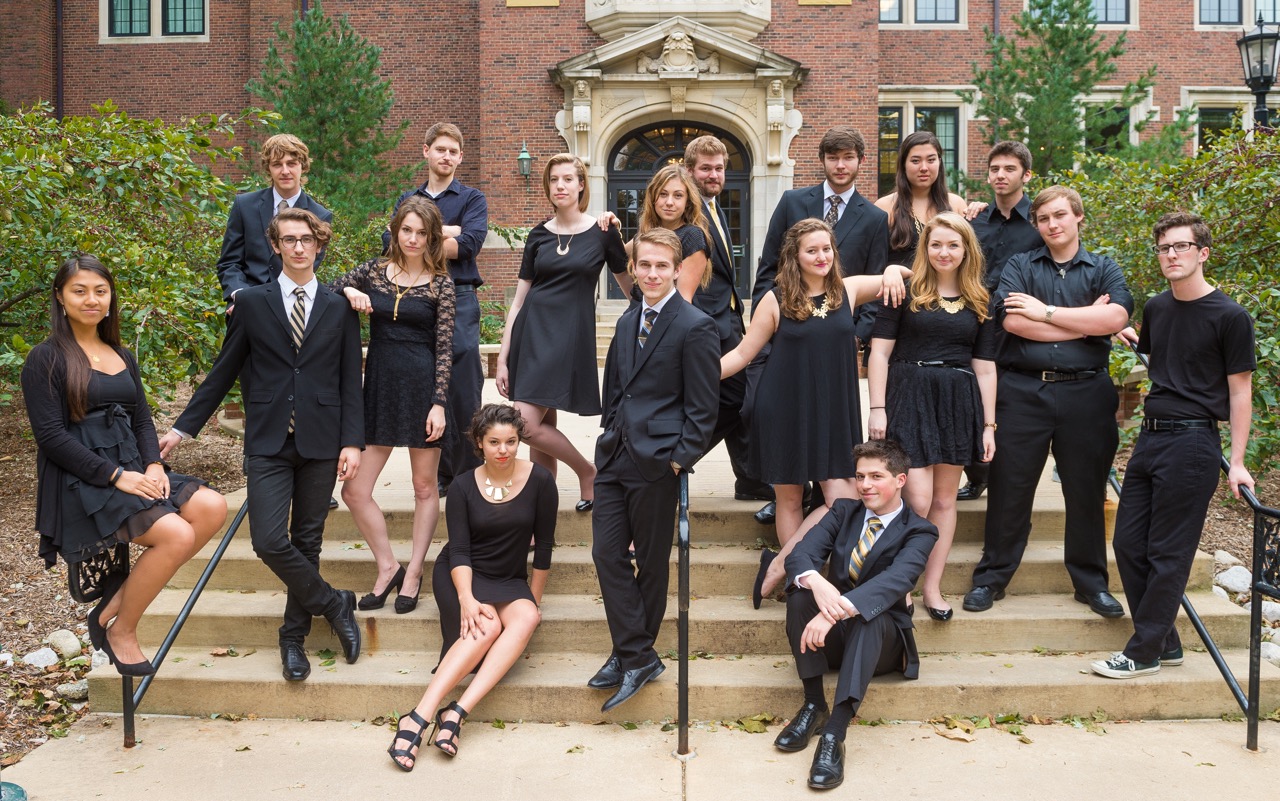 Illinois Wesleyan University’s vocal jazz ensemble, Unlicensed Syncopation, was established in January 2015. This ensemble focuses on the study and performance of jazz and jazz-influenced music in large ensemble, small ensemble, and solo settings. The music studied by the ensemble features close harmonies as well as opportunities for building improvisation skills.
The students in this ensemble learn about the practice and performance of high-quality contemporary vocal literature by highly regarded vocal jazz arrangers. They also learn about the technology involved in the performance of this type of music, including appropriate microphone technique, as well as the setup of the soundboard, speakers, and monitors. Unlicensed Syncopation performs at least one large concert per semester, and also travels to vocal jazz festivals both inside and outside of Illinois. The group was chosen to perform at the ILMEA Illinois Music Education Conference in January 2016. They also had the privilege of working with Dr. Kate Reid (Program Director of Jazz Vocal Performance, University of Miami Frost School of Music) during the 2016 IWU Jazz Festival.
The ensemble is open to any IWU student. There are 10-14 vocalists chosen to be in the ensemble, as well as a rhythm section (piano, bass, drums, and guitar). There is a rigorous audition process that takes place at the beginning of the academic school year in order to determine placement in the ensemble.