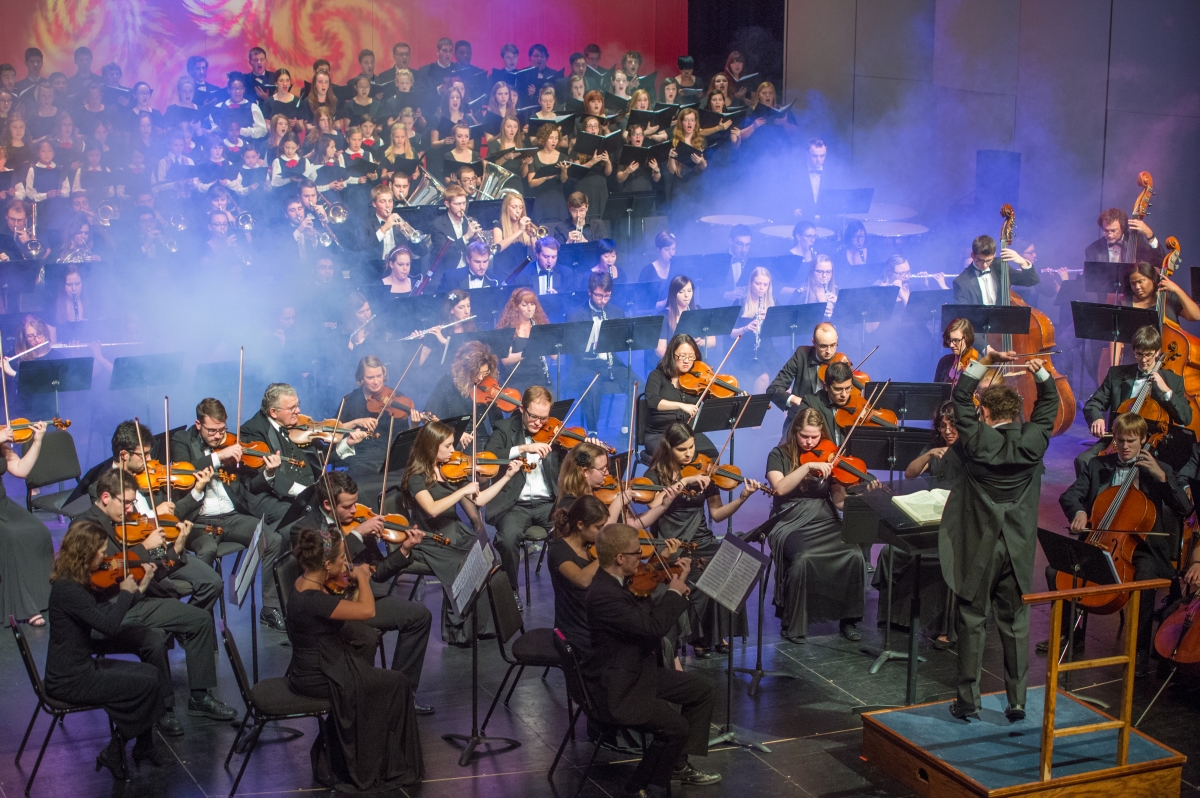 Founded in 1984, the Illinois Wesleyan Symphony Orchestra has performed with many esteemed soloists and is made up of students from all disciplines. The ensemble has performed alongside various eminent musical personalities, including virtuoso string bassist Edgar Meyer and Grammy Award-Winning soprano Dawn Upshaw, who is also an Illinois Wesleyan alumna, and many others. Other distinguished guests that the ensemble has hosted throughout its tenure include Armando Ghitalla, Roger Roloff, and Laszlo Varga. In addition, IWSO has played in concert with the Volgograd Philharmonic Chamber Orchestra under the direction of Mr. Edward Serov, and Peter Schickele. The annual Concerto-Aria concert showcases the school’s finest musicians by allowing them the opportunity to perform with the IWSO. The Orchestra has performed on CBS’s Sunday Morning, and participated in frequent tours throughout the United States.