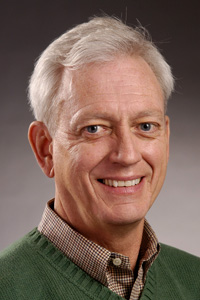 Todd Tucker is currently an Emeritus Professor in Theory and was Associate Professor of Theory, School of Music, Illinois Wesleyan University, also serving as Coordinator of the basic musicianship sequence within the music curriculum. He holds a BFA in Music Education from the University of South Dakota and MM and PhD degrees in Theory from Indiana University, Bloomington. He teaches theory, advanced analysis, counterpoint, the Gourmet Listener (a course for Liberal Arts students), and took 24 students to Ireland for three weeks to study "Celtic Culture on the Emerald Isle" during May term, 2000.

Performance and research occupy his time when he is not teaching. He is the organist/ pianist at Calvary United Methodist Church, Normal, IL,-- a position held for the past twelve years. He has collaborated with many colleagues and students in many chamber recitals. His research interest in rag music has presented opportunities to perform lecture recitals and workshops throughout the Midwest. He is currently working on an "Analytical Guide to Solo Piano Rag Music", which is in the final stages for publication. A newly acquired interest in hammered dulcimer music will result in a sabbatical leave to Ireland the Spring of 1998. He is continually learning new Irish dance tunes on the dulcimer.

Musical theatre is a familiar genre with Dr. Tucker. He has performed in pit bands with Music Man, My Fair Lady, Side by Side by Sondheim, Working, and Tintypes, just to name a few. He has also been involved in several musical reviews performed throughout the Midwest.

Dr. Tucker is a member of Pi Kappa Lambda, Phi Mu Alpha Sinfonia, College Music Society, and The Fellowship of United Methodists in Music and Worship Arts. He has presented papers at several national and regional CMS meetings. He has served on two jurisdictional Design Teams and just completed a two-year term as a member of the national Design Team, which held a convocation in Nashville, TN, in July, 1999.

He loves teaching and is constantly challenged and stimulated as he engages students in the classroom, introducing them to the elements and structures of music-making. "I feel fortunate to have a career that I love and I look forward to exposing young musicians to theoretical concepts as they relate to their music and their lives."