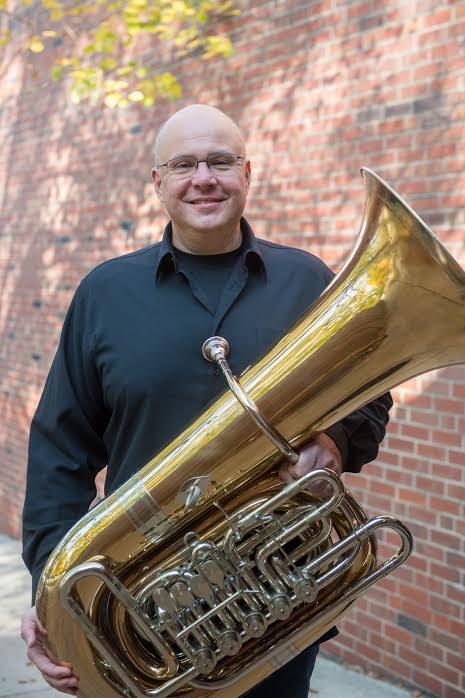 Edward Risinger joined the faculty at Illinois Wesleyan University in 1997 as instructor of Tuba and Euphonium. He is also the Director of the Titan Band and Technical Coordinator for the School of Music. Risinger performed for four years with the United States Air Force Band in Washington D.C. As a member of the Ceremonial Brass, he played with the Concert Band, Air Force Quintet, and performed numerous times in the Chamber Players Concert Series. In addition, Risinger toured with the Air Force Band in Russia, Norway, Sweden, and the Netherlands. He has performed with the Peoria Ballet, Peoria Symphony and the Illinois Symphony and has played extensively throughout the Midwest and East Coast performing in area symphonies, brass quintets, and as a soloist. He has served as clinician and adjudicator at several music camps and festivals, including ITEA and the Leonard Falcone International Euphonium and Tuba Festival. Risinger received his Bachelors and Masters Degrees from Illinois State University where he studied with Ed Livingston. Other teachers include David Fedderly and Rex Martin.

The Tuba and Euphonium Studio

The Tuba/Euphonium studio is very active. Students have the opportunity to play in the resident IWU Tuba/Euphonium Quartet, which was established in 2002. This group performs on and off campus. In addition, there is a tuba/euphonium ensemble, a second and third tuba/euphonium quartet, a tuba trio, and a euphonium quartet. All chamber groups play on various concerts throughout the year with a studio concert in February. These ensembles are open to everyone in the studio and provide the students the opportunity to play chamber music and learn the tuba/euphonium ensemble literature. Students are encouraged to write original compositions for any one of the groups.

The tuba and euphonium students at IWU are quite successful, often winning the Concerto/Aria Competition and Wind Ensemble Competition held in the School of Music.  Many win national and international competitions and have performed all over the states. Several of the students have gone on to play in symphonies and teach throughout the US. In addition, every student who has ever continued his or her education in music has been awarded either a full assistantship or a scholarship to complete a Master of Music Degree. 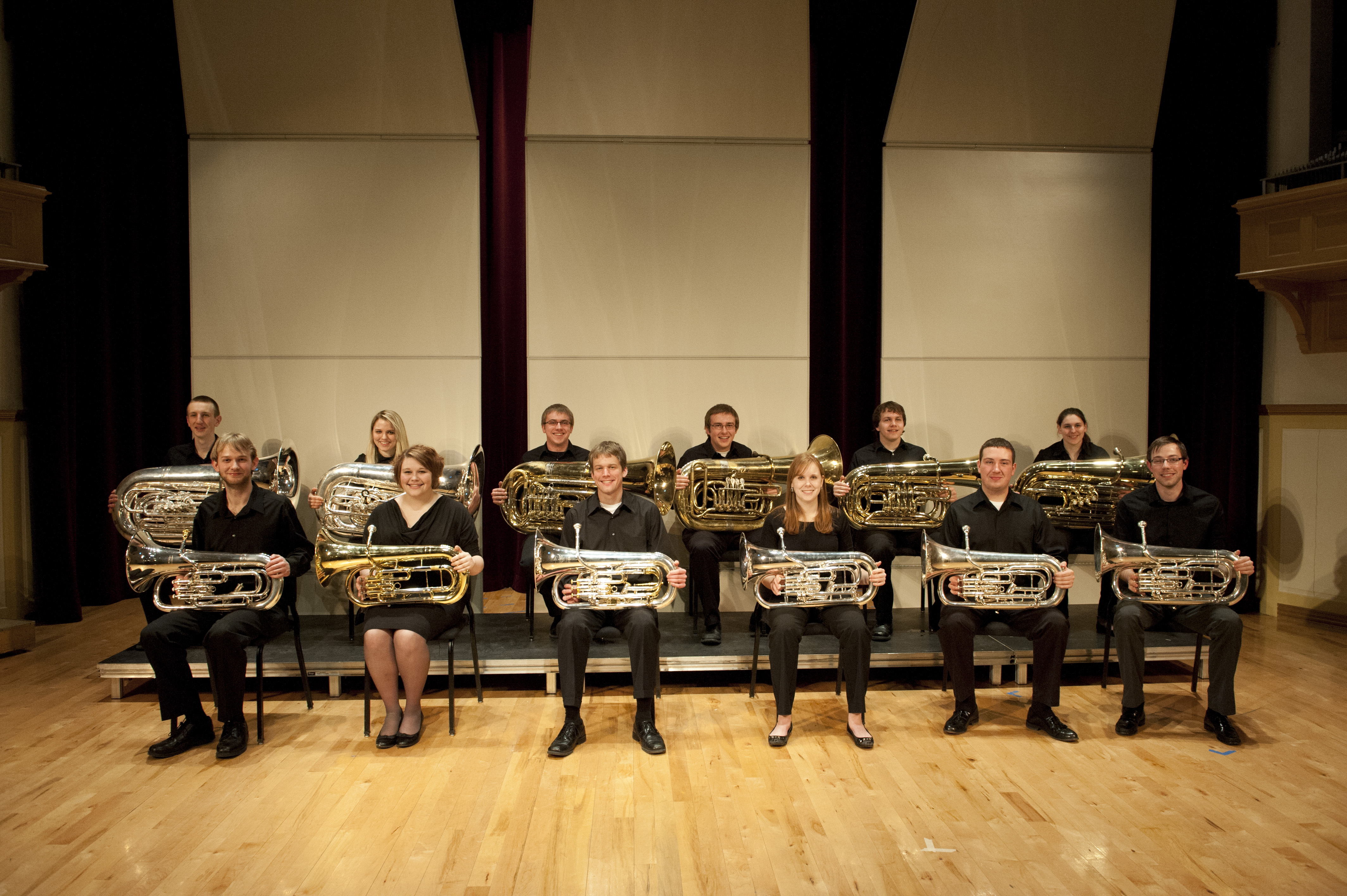 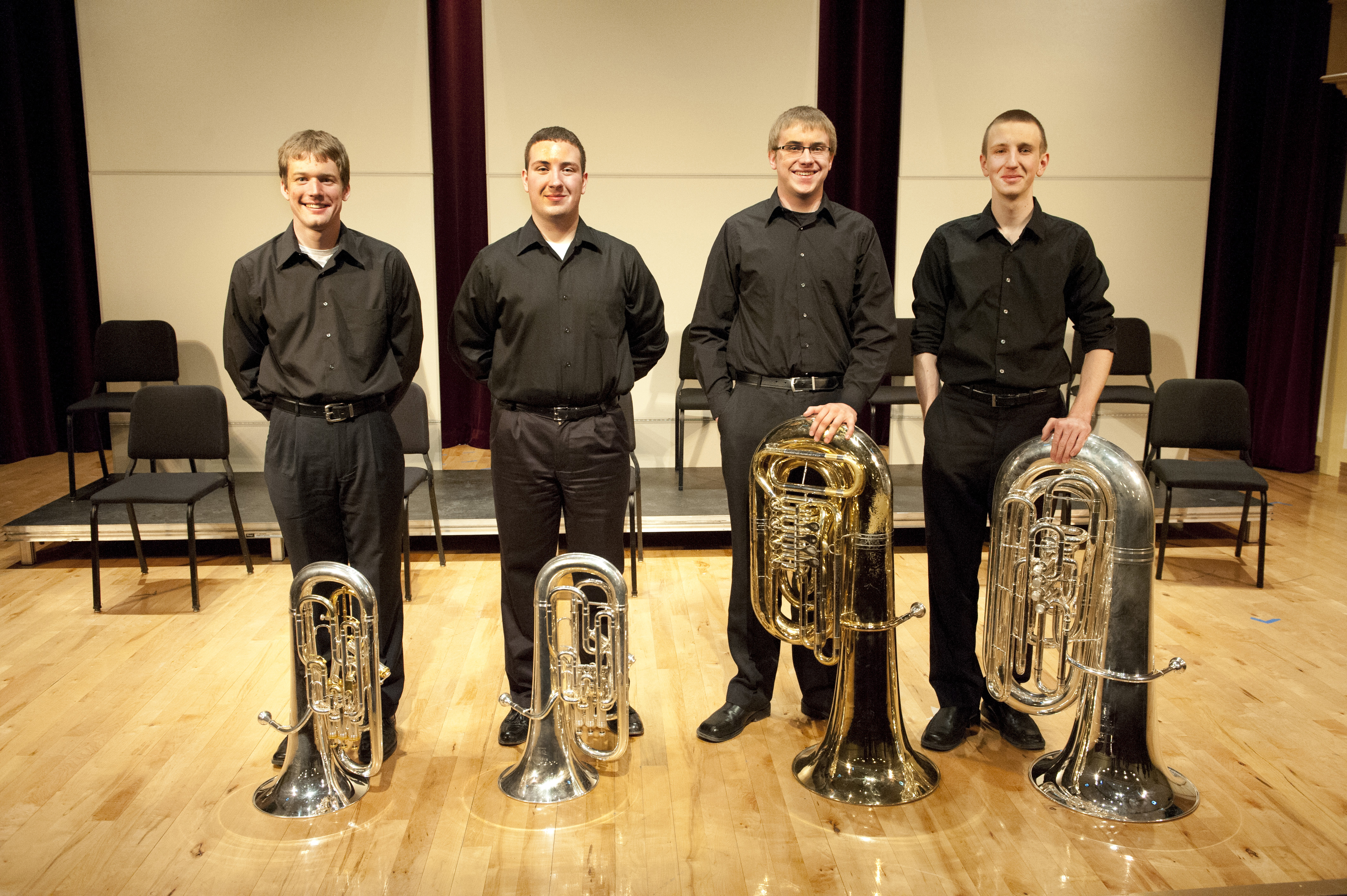