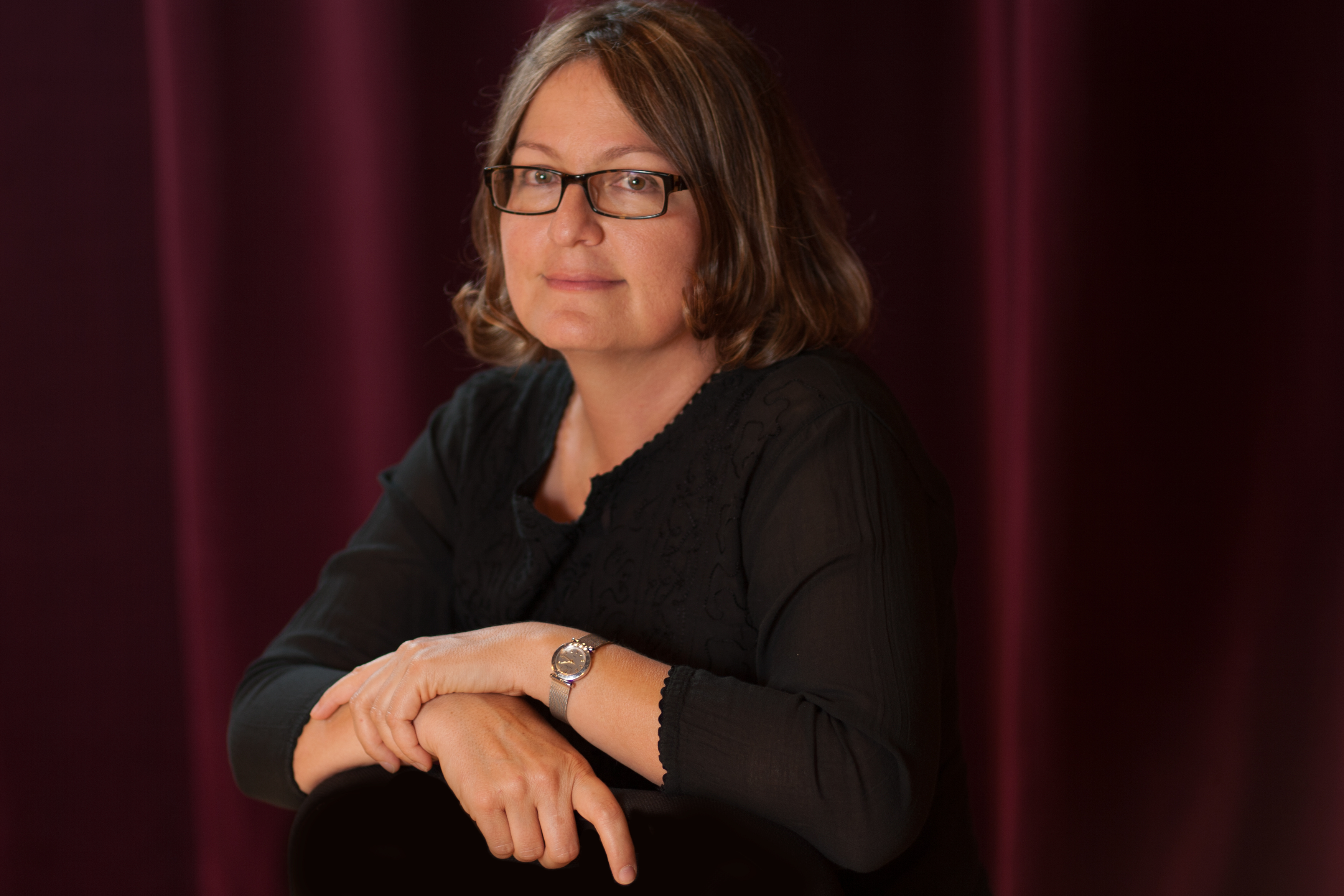 Prof. Ponce teaches upper level courses in the history of musical style during the Renaissance, Baroque, Classical and Romantic periods; the two-semester Music history Survey; Theory I; a general education music appreciation course; and a course in world musics for majors.  Prior to her current appointment, she taught various courses in theory, musicology and general education at Rutgers University, Bradley University, and abroad.

Her research interests revolve around questions of form and style in the early Romantic period, in Schumann and Chopin in particular.  She has also done work on the relationship between theory, analysis and musicology; on the impact of changes in the discipline of musicology on undergraduate teaching. She has presented her research at various local and national conferences of the American Musicological Society, the Society of Music Theory, and the Pedagogy Study Group of the American Musicological Society.  She has also presented at international conferences organized by the Society of Music Analysis (Cardiff, U.K.), the Fryderyk Chopin Institute (Warsaw, Poland); the University of Tel-Aviv (Tel-Aviv, Israel); the Dutch-Flemish Society for Music Theory, the Royal Society of Music History of the Netherlands, and the Royal Society for Music History of Belgium (The Hague, Netherlands); and at the 17 th   Biennial Conference on Nineteenth-Century Music (Edinburgh, U.K); and the 50 th   Annual Conference of the Royal Music Association (Leeds, U.K.).  More recently, she was invited to present a guest lecture as part of the Carrigan Music Theory Lecture Series at the University of Michigan, Ann Arbor.

Her publications include: “Memory and Non-linear, End-oriented Coherence in Chopin’s Nocturnes” in The Third International Chopin Congress 1810-2010: Ideas-Interpretation-Influence (Warsaw: Fryderyk Chopin Institute, forthcoming); a review of Brahms in the Home and the Concert Hall: Between Private and Public Performance, ed. by Katy Hamilton and Natasha Loges, Nineteenth-Century Music Review (Dec. 2016); “Form, Diversity, and Lack of Fulfillment in the First Movement of Schumann’s Fantasie op. 17,” MTO 20, no. 3 (Sept. 2014); and a 5-level Theory and Solfge Method, Sounds Around Us (Jerusalem: Edward Sa’id National Conservatory of Music, 2004, 2005 and 2007).  She also edited a book of popular and traditional Arab songs, arranged for piano by Dia’ Rishmawi, Let’s Play: Forty Arab Melodies Arranged for Piano Beginners (Jerusalem: The Edward Sa’id National Conservatory, 2002)

During the summers of 2008 through 2010, Prof. Ponce was a regular participant in the Annual Retreat of Arabic Music, organized by the Arab-American Arts Institute in Mount Holyoke College.  Her diversity of interests keeps her engaged in the academic and extra-academic life at Illinois Wesleyan University, where, among other things, she worked to acquire a Gamelan ensemble for the university, as well as co-organizer of the Evelyn Chapel Arts and the Humanities Series (currently in its sixth year). She has also served as faculty advisor to a number of registered student organizations.