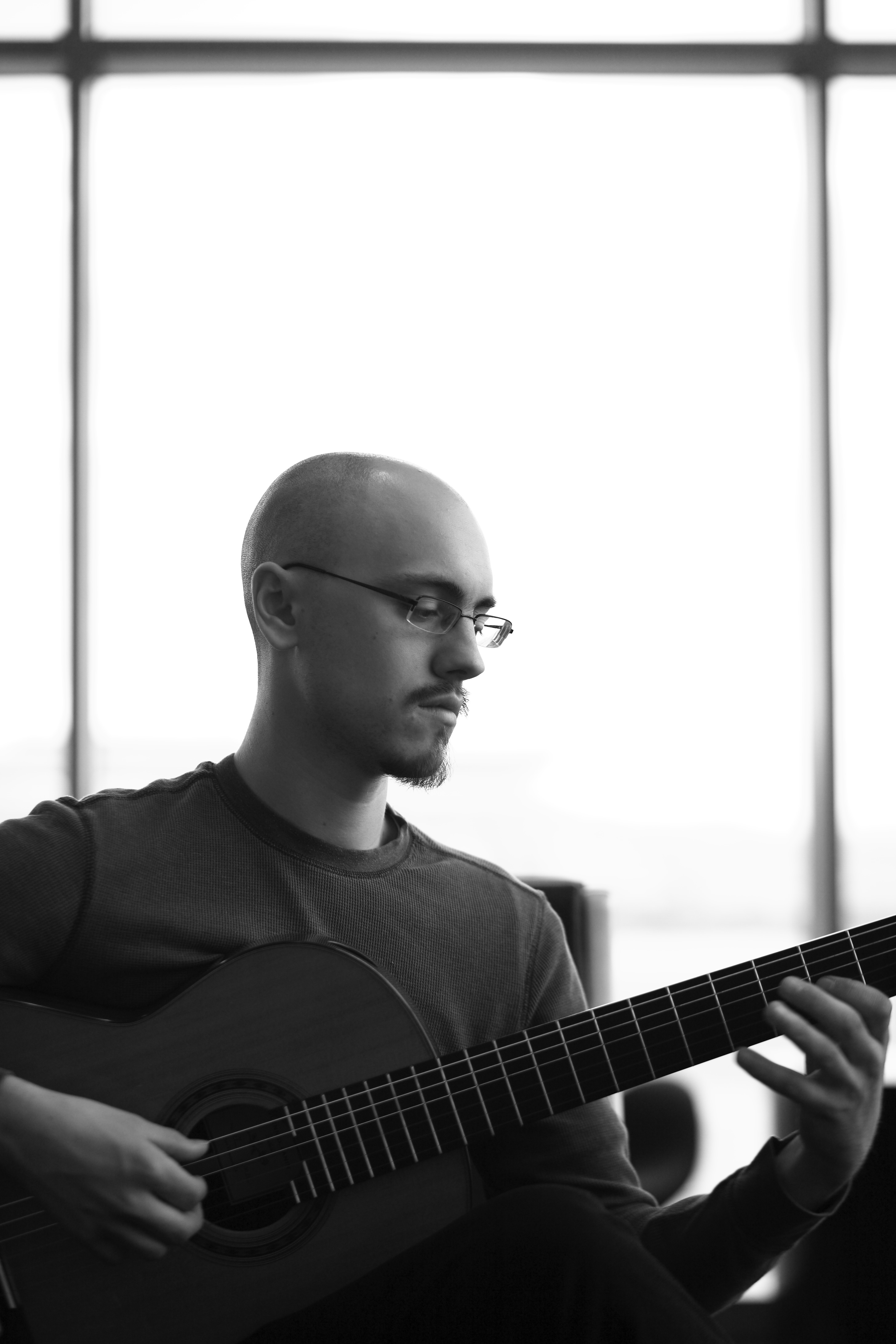 
Classical Guitarist Mark Anderson has been described as a ”soulful and intelligent
musician”. Mark has performed throughout the United States and Europe including at
The Freight and Salvage in Berkeley and on national television in Cyprus. He has also
premiered many works for guitar such as “Inventions on Um a Zero” by João Luiz and
“Rising Spirals” by award winning composer Chinary Ung (U.S. premier). Mark
completed his M.M. in classical guitar at the San Francisco Conservatory of Music
where he studied with Marc Teicholz and also received instruction from Sergio Assad,
David Tanenbaum, Richard Savino, and Larry Ferrara. Mark is currently on faculty at
Millikin University and Illinois Wesleyan University as well as maintaining a private
studio in Chicago.