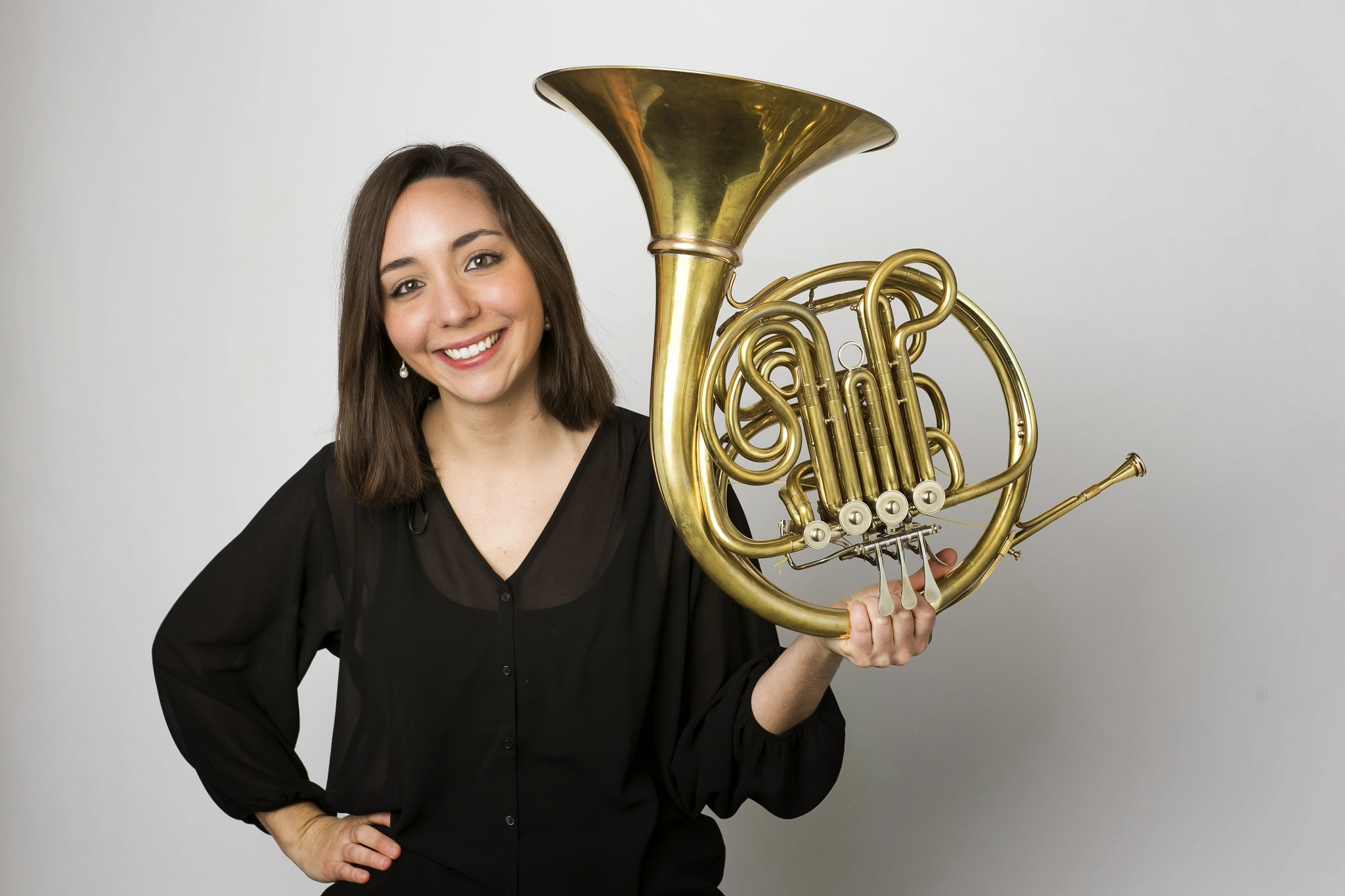 Melanie Kjellsen, horn, is an orchestral performer, chamber musician, and educator. Performance opportunities have taken her around the globe to Canada, Europe, and China, as well as across the United States where she has appeared in venues including Carnegie Hall and Avery Fisher Hall in New York; Washington, D.C.’s John F. Kennedy Center for the Performing Arts; Chicago’s Symphony Center; and Cleveland’s Severance Hall.
As an orchestral musician, Melanie frequently appears with ensembles throughout the Midwest and beyond. Recent engagements have included concerts with the Kalamazoo Symphony, Omaha Symphony, Peoria Symphony, Quad City Symphony, Northbrook Symphony, South Dakota Symphony, and Virginia Symphony, as well as the Lexington Philharmonic, Naples Philharmonic, and Wisconsin Philharmonic. From 2014-2016, Melanie was a member of the Civic Orchestra of Chicago and on several occasions performed as an extra/substitute musician with the Chicago Symphony. Following, Melanie joined the Axiom Brass Quintet, a position she held from 2016-2018. As a member of this Chicago-based chamber ensemble, she toured to universities across the country to present masterclasses and concerts. For the 2018 season, Melanie performed as guest principal horn with the National Symphony Orchestra of the Dominican Republic in Santo Domingo.
A devoted music educator, Melanie maintains a studio of private students, many of whom have successfully auditioned for placement in middle and high school honors ensembles and been accepted to top conservatories for college study. For three summers, Melanie was on faculty at the Luzerne Music Center, a music camp located in New York’s Adirondack Mountains. There, she taught horn, coached chamber music, and performed on the Faculty Artist Concert Series at the Luzerne Chamber Music Festival. She has also taught at the People’s Music School in Chicago and at numerous high schools throughout the Chicagoland area.

Melanie holds an M.M. from Northwestern University and B.M. and B.M.M.E. degrees from the University of Kentucky. Her primary teachers are Gail Williams, Jon Boen, and David Elliott. Outside of music, she enjoys cooking, running, and spending time with her husband (a former U.S. Army Band musician), infant son, and beloved rescue pitbull named Henry.