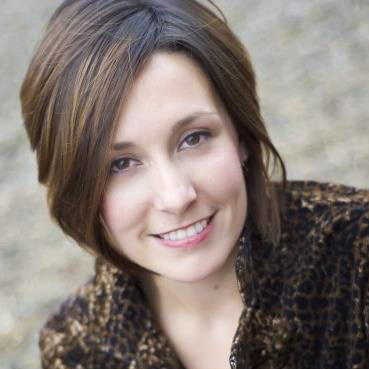 Ingrid Kammin, soprano, received a Doctorate of Musical Arts in Vocal Performance and Literature and a Master’s in Music from the University of Illinois at Urbana-Champaign. She received a Bachelor’s Fine Arts in Vocal Performance from the University of Wisconsin at Milwaukee. Dr. Kammin has studied extensively in Europe at Il Corso Estivo per giovani cantiti in Urbania, Italy and at La Sorbonne in Paris, France, where she received a certificate in Language and Culture. Dr. Kammin is an active performer and researcher of contemporary music, opera, and musical theater. Performing credits include numerous and diverse roles with the Illinois Opera Theater. She was most recently seen in La Boheme as Mimi, Armide in Armide, Cherubino in Le Nozze di Figaro, and Nellie Forbush in South Pacific, Pamina in Die Zauberflte with the Midwest Institute of Opera, Prosperine Garnett in A Minister’s Wife with the Station Theater. Dr. Kammin also appeared as the soprano soloist for Dvorak’s Stabat Mater with the U of I Oratorio Society, the Master Singers of Milwaukee as the soprano soloist for Carmina Burana, with the Danville Symphony, and is a frequent soloist for the Baroque Artists of Champaign. Dr. Kammin has been the recipient of several awards and scholarships including the Central Illinois Metropolitan Opera Auditions and the Illinois Opera Theatre Enthusiast award. Dr. Kammin can be heard as the soprano soloist with Sinfonia di Camera on the recording On Freedom’s Ground released by Albany Records and as a featured vocalist for Elsinore’s 2013 album Push/Pull released on Parasol Records.

Dr. Kammin is equally passionate about teaching and vocal pedagogy and is an active member of NATS. She currently serves as Adjunct Instructor of Voice at Illinois Wesleyan University and maintains a thriving private voice studio in the Champaign-Urbana area. Dr. Kammin currently serves on the board of directors for the Baroque Artists of Champaign and collaborates on a diverse variety of musical projects concerning arts advocacy throughout the community, region, and beyond.