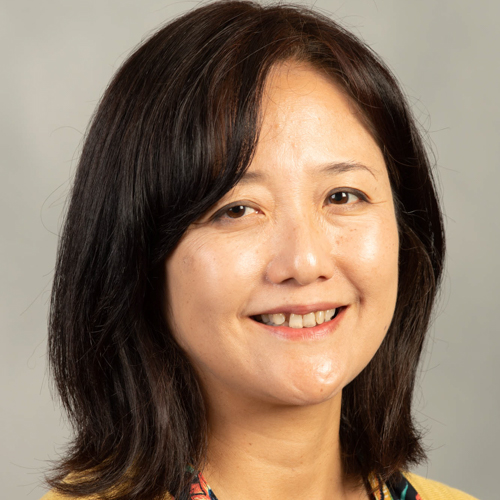 Accompanist Momoko Gresham, a native of Japan, studied at the Toho Gakuen School of Music in Tokyo before moving to New York City to attend the Manhattan School of Music, where she earned both a Master of Music degree and a Professional Studies Certificate. She pursued additional studies at the Academia Musicale Chiginia in Sienna, Italy, the Vincenzo Balzani Master Classes in Varallo, Italy, and the Aspen Music Festival in Colorado.

While living in New York, Ms. Gresham taught at the 92nd Street Y School of Music and at the Brearley School, in addition to maintaining an extensive private studio. She worked extensively as a collaborative pianist, playing with many colleagues and serving as accompanist for both the New York Men’s Choir and the Brooklyn Philharmonic Chorus.

In Bloomington/Normal Ms. Gresham serves as a staff accompanist at Illinois Wesleyan University, works often with students at Illinois State University, and performs frequently with faculty at both colleges. As a collaborative pianist with her husband, clarinetist David Gresham, she has toured Japan, performed at the Lincoln Center Bruno Walter Auditorium, appeared at colleges and universities throughout the Mid-West, and at major clarinet festivals, including the 2018 International ClarinetFest in Ostend, Belgium.

Ms. Gresham performed the Karel Husa Concertino for piano and wind ensemble at the 2005 Midwest Clinic in Chicago and recorded the work for Albany Records.