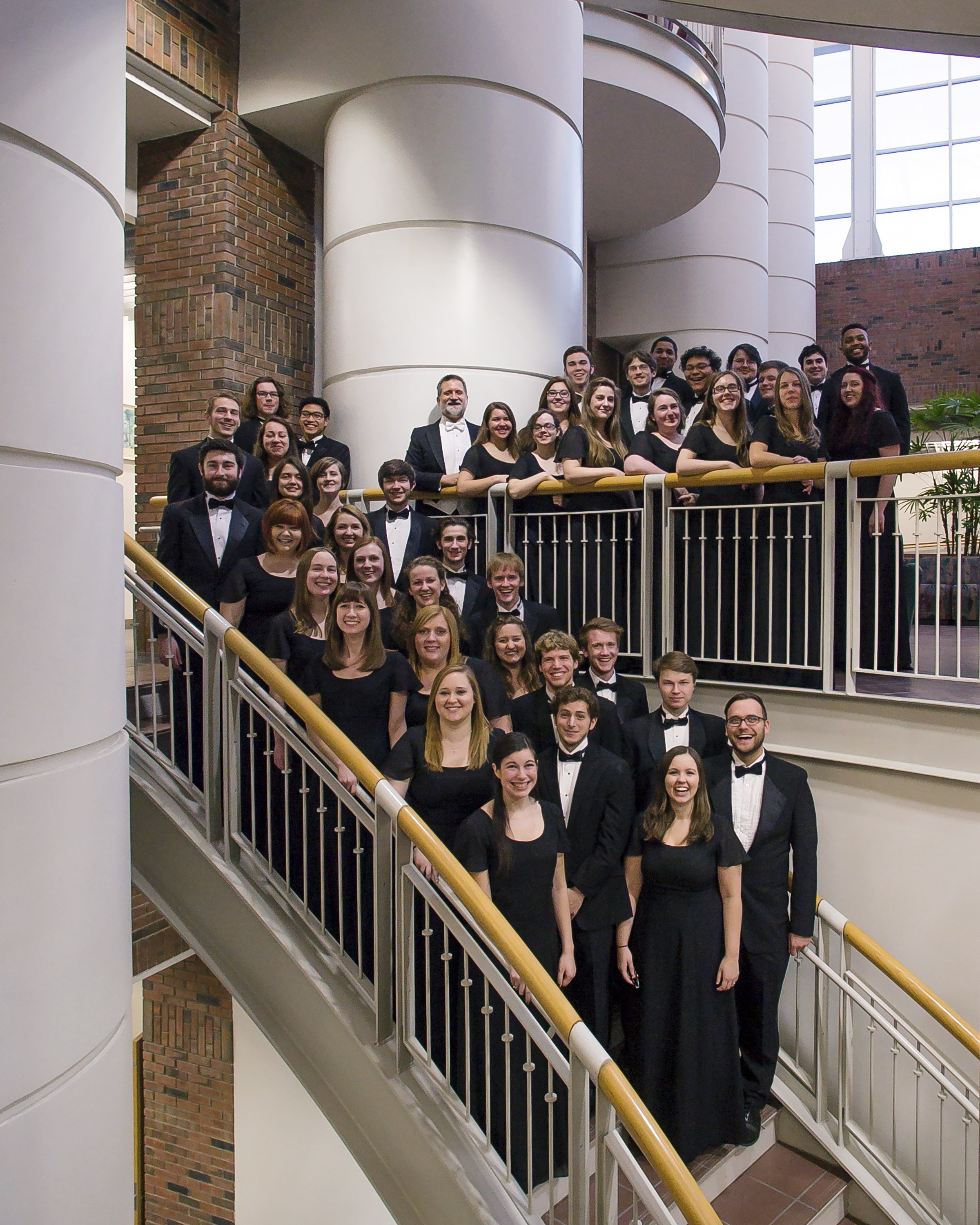 The Illinois Wesleyan University Collegiate Choir has established a long history of excellence through its on-campus performances, annual tours and recordings. The Choir maintains the IWU Choral Commission Series, the oldest collegiate commission series in the United States. Initiated in 1952 by Lloyd Pfautsch the Commission Series has added many significant works to the choral repertoire and resulted in a number of important world premieres.

The Choir, of approximately 50 voices is composed of student musicians representing the School of Music and other areas of the university, and is dedicated to the performance of the finest sacred and secular choral music of the past five centuries.  Students in the choir are selected by audition and maintain a rigorous rehearsal schedule in preparation for their concert tours and other engagements throughout the year.

*Due to COVID-19 pandemic, Collegiate Choir will not be touring during 2020-2021 academic year.

The choir is under the direction of Dr. J. Scott Ferguson, director of choral activities at Illinois Wesleyan University.  Dr. Ferguson's choral ensembles have received critical acclaim for their "exquisite discipline, enthusiastic singing and total responsiveness."  Upon hearing a recent tour concert, a conductor from New York noted, "Full, clear voices full of joy in ensemble singing.  Go where they are and listen and revel in outstanding choral singing."  Another wrote, "The Illinois Wesleyan University Collegiate Choir, under the direction of Scott Ferguson, exemplifies what I feel is the best of the best in choral singing.  The Collegiate Choir sings with impeccable intonation, with precise articulation and superb musicianship."  Programs have been called "wonderfully well-selected, versatile, interesting and musical."