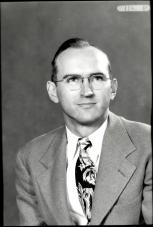 Contribute to the Scholarship Fund

Maurice M. Willis graduated from Illinois Wesleyan University with a Master of Music degree in 1946 following his discharge from the armed services. After graduation, he joined the School of Music faculty as an instructor. Later he became an assistant professor and finally was named an associate professor of wind instruments, a position he held until his retirement in 1979. During much of his time on the IWU faculty, he directed the Marching Titans. He also coached the Woodwind Quintet, presenting spring concert tours with them. He was initiated a member of the Alpha Xi chapter of Phi Mu Alpha Sinfonia Fraternity. 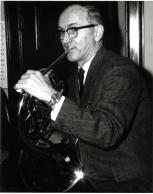 One of his most important legacies is that of Director of the Illinois Wesleyan Summer Music Camps, a position he held from 1957 until his retirement from that position in 1983. He touched the lives of many public school students throughout the state of Illinois, many of whom continued their music education at IWU.

A group of dedicated Music Camp staff, faculty, and friends have established “The Maurice M. and Joan S. Willis Endowed Music Scholarship” to be awarded annually to a worthy upper class music education or music performance brass major who meets the requirements set forth by the organizing committee. This scholarship is a memorial to Maurice and honors his wife, Joan, who together have supported IWU music activities for many years. Maurice passed away on October 12, 2011.

We invite those who were touched by his life, to make a gift. Every gift, no matter the size, helps to insure that some worthy IWU student will benefit from this scholarship for many years to come.

Contribute to the Scholarship Fund