The Merwin and Wakeley Galleries 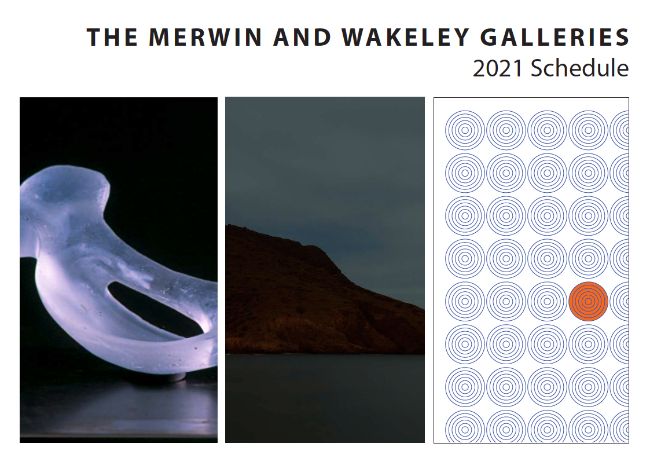 “Women’s Rights Are Human Rights: International Posters for Gender-based Inequality, Violence and Discrimination” seeks to shine a spotlight on the issues, violence and discrimination women face; particularly timely given that women’s rights simply do not exist in so many countries, and even in first-world countries, women are still discriminated against in the workplace, in education, in equal pay for equal work, in health care coverage, and in family leave policies.

In collecting these materials, my goal was to touch upon the most important aspects of discrimination and violence that many women face on a daily basis, starting with domestic violence and its acceptance as the ‘norm’ in many cultures, gender inequality (and its abuses), gender and race discrimination, lack of equal pay and respect.

Why do artists and designers feel compelled to create these types of messages? Artists and designers possess the skills and knowledge to visually influence human behaviors. Anyone who works in the advertising industry can tell you that. And who among us has not been deceived and manipulated to choose one brand over another, one item over another, based on what we have seen and heard in magazines, newspapers, billboards, television commercials, the Internet, and on poster kiosks and bus stop shelters.

Today, whether a poster is physical or digital doesn't matter in the grand scheme of things. What matters most, ultimately, is the message that reaches the audience in which it is directed. In the case of the posters that form the core of the ‘Women’s Rights Are Human Rights’ exhibition, the message should be directed to all human beings.

Currently Showing in the Wakeley Gallery: 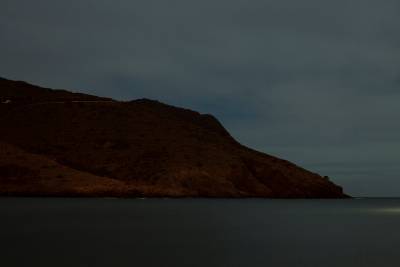 In 1940, after seven years of living in exile, Walter Benjamin made the arduous trek across the Pyrenees in hopes of eluding the Nazis who were set on persecuting him. Benjamin, a German Jewish intellectual, was a renowned cultural critic and philosopher. He is most famous for his essays on culture and technology, including “The Work of Art in the Age of Mechanical Reproduction” and The Arcades Project, which he referred to as “the theater of all [his] struggles and all [his] ideas.” His years in exile, his final hike across the Pyrenees, and his eventual suicide in a small hotel in Portbou, Spain have, as Rebecca Solnit has said, “acquired something of the aura of a legend.”
Smuggler’s route, military buffer zone, route of evasion and escape: for millennia, the Pyrenees have been the site of many kinds of crossings. Just a year before Benjamin crossed the Pyrenees on foot, 500,000 Spaniards covered the very same ground—traveling in the opposite direction—escaping persecution in Franco’s Spain and entering France as refugees. For those Spaniards who survived the journey, most died of dehydration and overexposure in refugee camps in the south of France; and those who survived that calamity died in concentration camps scattered throughout Europe. To this day, the border towns between France and Spain feel like a no-man’s land full of ghosts.
The work of Walter Benjamin has always meant a lot to both of us, but in 2017, our interest in
his life and work became further ignited by two phenomena: the migrations, and often deaths, of thousands of African refugees on the coasts of Greece, Italy, and Spain; and the election of a new American president whose rhetoric about migrants at the U.S. border dehumanized those desperate to find a better life. Worldwide, the sheer number of people who are affected by statelessness and its deprivations is staggering: as of this writing, 70.8 million people all over the world have been forcibly displaced from their homes due to war, famine, natural disaster, or some other catastrophe. It is this cultural problem that we aim to explore in this project.
In 2017 and 2018, we walked La Ruta Walter Benjamin, a challenging eight-mile hike from Banyuls- sur-Mer—the southernmost point in France—to Portbou, Spain. Though La Ruta is well-marked for the most part, it was a difficult hike for us. One can only imagine how difficult it would be to cross this terrain if one carried a heavy suitcase and were in poor health, Benjamin was. These photographs and poems engage with the intersections of landscape and the complexity of exile. We hope that this work gives some insight into the experience of walking La Ruta; in addition, we hope that the project draws upon and engages with Benjamin’s own interests—in the commonplace, the ephemeral, and the fragmentary. Our decision to drape vellum on the photographs is meant to invite the viewer
into the collaborative process. After reading each poem, we invite you to lift the vellum to view the photograph layered beneath. We hope you will meditate on how word, image, and materials interact, and contemplate the palimpsest-like nature of landscapes laden with human experience.

Joanne Diaz is the author of two poetry collections, The Lessons and My Favorite Tyrants. She is the recipient of fellowships from the Illinois Arts Council and the National Endowment for the Arts. She teaches literature and creative writing at Illinois Wesleyan University.

Jason Reblando is a photographer and artist whose work is in the collections of the Library of Congress, the Milwaukee Art Museum, and the Philadelphia Museum of Art. He is the recipient of a U.S. Fulbright Fellowship to the Philippines and an Artist Fellowship Award from the Illinois Arts Council. His monograph New Deal Utopias (Kehrer Verlag) was published in 2017. He teaches photography at Illinois State University.

(*We apologize if our gallery hours are different than advertised. The Covid-19 Pandemic has caused unforeseen scheduling issues)

All events are free and open to the public

The Merwin and Wakeley Galleries provide exhibition schedules that support our curriculum, the University community and the general public. These exhibitions mostly consist of contemporary artworks in all media. Each exhibition is meant to suggest the variety of visual approaches one may choose to present an idea. Student exhibitions include the Annual Juried School of Art Student Exhibition, the B.F.A. Candidate Exhibition and the B.F.A. and B.A. Degree Exhibition.