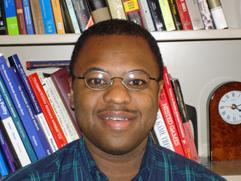 Dr. Anderson engaged Wesleyan students with a talk concerning The Tea Party and American Political Thought. His talk linked the Tea Party movement to the history of American thinking about politics and civil liberties. The lecture covered a broad range of American history, comparing the Tea Party to several different protest movements and eras, such as the Civil Rights Movement. The lecture also examined the myths surrounding the American founding.  Dr. Anderson challenged students to consider the impact of civic engagement and voice in politics, particularly in the midst of the intriguing current political atmosphere fostered by the Tea Party. He expressed the perspective that the Tea Party may be a necessary counter-balancing force in current American politics.

Throughout the semester, many political science students have grappled with the ideas of civic engagement and protest in settings such as political thought classes and the department’s new Special Topics seminar on Populism. Dr. Anderson’s lecture provide a distinct new perspective on the shape of populism in America, and its unique ties to American political culture and history.