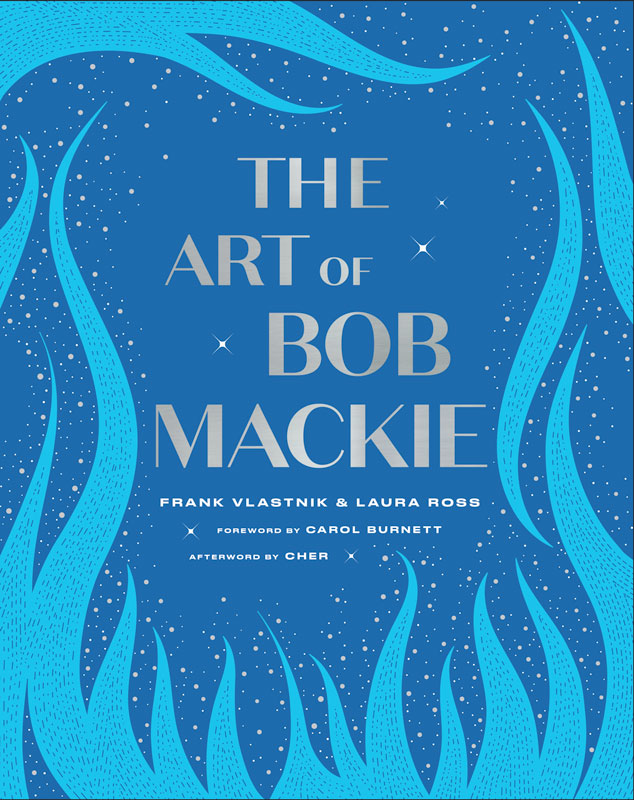 BLOOMINGTON, Ill. — Frank Vlastnik ’87 is a co-author of the first-ever comprehensive and authorized showcase of fashion designer Bob Mackie’s life and work, The Art of Bob Mackie.

“I design for people who dare to be noticed,” Mackie says.

His unique creations have appeared on Broadway stages, TV screens, runways and red carpets worldwide. Throughout his career, Mackie’s genius has been recognized in numerous forms, including a Tony Award, nine Emmy Awards, three Academy Award nominations, and the Geoffrey Beene Lifetime Achievement Award from the Council of Fashion Designers of America.

The two-and-a-half year project began in a jazz club in New York. Vlastnik’s co-author, Laura Ross, was seated next to Mackie when she pitched the idea. During their conversation, it was revealed that Mackie was a fan of Vlastnik’s book Broadway Musicals, which kick-started their relationship before the two met in Los Angeles in February 2019.

As the first-ever fully authorized exploration of Mackie’s work, the book features hundreds of photographs and sketches, including some that have never been seen by the public.

“The first time I walked into Bob’s studio, I felt like little Charlie Bucket winning the Golden Ticket to tour Willy Wonka’s factory,” Vlastnik said. “There isn’t a single inch of wall space that isn’t covered, and every time Bob opened one of the numerous drawers where he keeps literally thousands of sketches, something dazzling would emerge. So the visual stimulation was nonstop.”

Even after thinking he had seen it all, Vlastnik said Mackie would suddenly stumble upon or mention designs he had done, and Vlastnik would beg his editor to add more pages to the showcase. The Art of Bob Mackie celebrates these never-seen-before works and shares Mackie’s personal memories and musings. The perspective from Mackie makes it a must-read for anyone interested in the lavish world of fashion and design, Vlastnik said.

In his time at Illinois Wesleyan, Vlastnik studied drama at the School of Theatre Arts. His senior year, then head of the Drama Department Clair Myers told Vlastnik, “Don’t pin yourself down to just acting. I also suspect you could be a writer or a director.” After graduation, Vlastnik was honored with the Larry Shue Memorial Award, named in honor of the famous playwright and IWU alumnus.

“Larry was a brilliant playwright and actor, and it planted a seed back then that, even though I intended to make my living as a performer, the door was always open to explore other avenues, like writing,” Vlastnik said.