From the President’s Desk

A quarterly letter to our readers from IWU President Eric Jensen 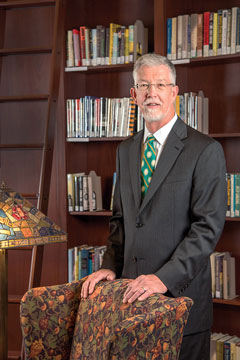 Thanks for reading this letter before turning to our coverage of Homecoming! It was good to see those who came, and I hope you’re pleased if our cameras caught you in action. If you missed it, please enjoy the article and photos, and we hope to see you next year. We had a couple of events rained out, including the Greek chariot races, but the football game and tailgating were under sunny skies on Saturday. The Alumni Awards dinner was held indoors on Friday night and was well attended.

At Homecoming, from Golden Titans on down, and at some of the recent Alumni Connections that I’ve attended, I was struck by the number of times that I heard (usually together and in sequence) two things. First, alums said that they would neither have gotten into Illinois Wesleyan nor graduated with today’s standards. With all due respect, I attributed that in every instance to “aw, shucks” Midwestern modesty, and didn’t believe it for a second! In fact, it’s the talent and success of our graduates that have enabled us continually to recruit new generations of students with such excellent academic standards. Second, I typically heard from alums a heartfelt account of the way that, somehow, Illinois Wesleyan found a way to help each of them attend in spite of challenging financial circumstances. It reinforced what a privilege it is for me to be associated with this wonderful university.

It also caused me to wonder what future alumni will say to my successors. Will they still be modest and self-effacing? I think so. But will they thank us for making possible what seemed to be financially impossible? Frankly, I’m less sure. Pardon me for slipping into my old tweed jacket as I play economics professor, but the middle class has not recovered since the Great Recession of 2008. In fact, families with below-median income have actually lost purchasing power. I heard about how hard it was for those alumni with whom I’ve been speaking to imagine a financial path through IWU in past decades. It’s at least as hard for substantial numbers of potential students and their families to do so today.

Sometimes lost in the bad press about disasters in public and for-profit education (and, to be honest, about high published tuition costs at schools like ours) is that we’ve earnestly done our part to help these students and their families. The fact is that real net out-of-pocket tuition paid has gone down, here and at private nonprofit schools as a group, over the past decade. As a result, Illinois Wesleyan has controlled our students’ debt, keeping it below the national average. We accomplished this by increasing our grants and scholarships, supported through real reductions in costs.

We change lives. I know, because I’ve heard it firsthand from so many of you. While this defining task abides, cost reductions unfortunately are finite, and the economy remains difficult. Continuing to allow deserving students the transformative Illinois Wesleyan adventure will depend upon the support of those who know its power. Over the coming year, I hope that you’ll join in conversations about how to continue to pass forward what we’ve done so well, for so many families, over our history. 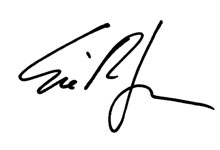