The University’s annual study abroad photo contest celebrates students who recently lived and studied outside of the United States.

Stacey Shimizu, the director of IWU’s International Office, said the contest provides returned study abroad students with the opportunity to reflect on, share and celebrate their experiences. “Students return from what has been a transformative time and they want to talk about it, but don’t quite know how to encapsulate it in short bites,” Shimizu said. Entering the contest forces students to sort through their experiences to select images and moments that were either highlights or representative of their larger experience, she said.

Shimizu points to research indicating that study abroad has clear academic benefits, from language skills to experience in different approaches to learning. The real power of study abroad, however, lies in the personal development that students undergo.

Contest winner Molly Willeford ’16 agreed that her time in Cape Town, South Africa, was transformative. She remarked that she discovered a great deal of independence within herself during her time studying abroad. “I felt more comfortable going out and doing things on my own, which is something I never thought I’d feel comfortable doing,” she said. “I’ve become a much stronger person that I ever thought I was, and it took leaving the [U.S.] to figure that out.”

Traditionally about 50 percent of IWU students participate in an international education experience. Illinois Wesleyan offers international opportunities from more than 300 global programs in over 70 different countries. 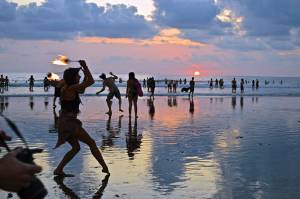 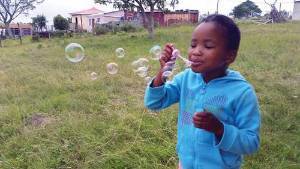 Molly wrote: “Lulonke was my 6-year-old host sisi (Xhosa for sister) in Tshabo. In South Africa, it is customary to bring gifts to your hosts. I did not know if I would have kids or not in my host family, but I was lucky enough to have two little sisis. I brought bubbles for Lulu, and we spent nearly the entire day blowing bubbles and chasing them through the yard.” 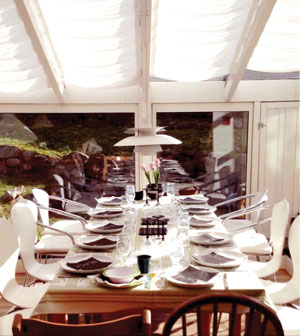 “Once a month, my host parents invite their children, grandchildren, cousins, nieces and nephews over to have lunch with the family. I love this tradition because it shows how much the Danes value family and how much they pay attention to making sure every detail looks beautiful.” 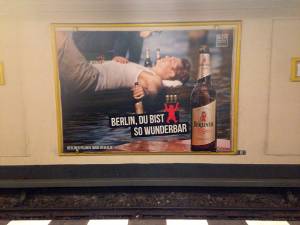 IES Germany |  Berlin, You Are So Wonderful | “Street Art” award.

Elizabeth wrote: “And they say Germans don’t have a sense of humor! It’s true, Berliners love their city and their beer. The Berliner Pilsner subway ads definitely gave off a good sense of Berlin’s culture, and it also added playfulness to commuters’ rides home.” 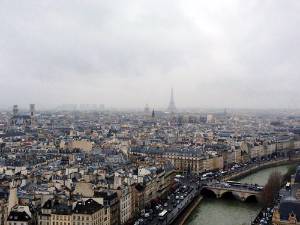 "The only day when we had time to go to the top of Notre Dame was when it was pouring rain, so there was an eerie grey fog covering everything. The Eiffel Tower, which is of course the most iconic image of Paris, interestingly just appeared as a light shadow above the bustling city.” 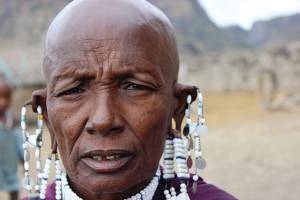 “My homestay mom proudly wears her jewelry with long ears and a shaved head for beautification. A proud people with a beautiful culture.”