A formula for victory: Trust, talent, work and fun

“I’ve always been intrigued with winning and what it takes to win.” — Dennie Bridges

As one of the winningest coaches in NCAA Division III history, Dennie Bridges knows a lot about victory. As a young coach, he was guided by the Vince Lombardi quote, “Winning isn’t everything, it’s the only thing.” He framed the quote and put it up on the locker room wall. But it didn’t feel quite right, and he later took it down.

“At his level he had Kareem Abdul-Jabbar, Bill Walton and Keith Wilkes. At my level I had Jack Sikma, Blaise Bugajski and Bryan Crabtree,” Bridges wrote in his 2002 memoir A Dunk Only Counts Two Points. “I’m certain that his reasoning was that even if you recruit great players, you must be able to teach and motivate them to achieve championship success.”

Sportswriter Grantland Rice’s famous quote, “It’s not whether you win or lose, but how you play the game,” also held an important message. “If there were a way in Rice’s quote to put a little more emphasis on the importance of winning, it would fit me better,” Bridges reflected. “I never wanted it to be easy to find reasons to accept losing.”

In time, Bridges created his own list checklist on what constituted winning. Each year, he refined the list, which he sometimes shared with players. 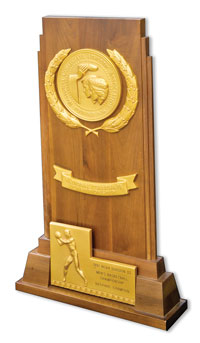 1. Winning is achieving good team feeling — players  liking and trusting each other.

2. Winning is a coach trusting his players.

3. Winning is confidence — knowing how to win — expecting to win.

4. Winning is having someone to win for — someone who cares — each other, family, our loyal fans.

5. Winning is a coach defining roles — making certain that players know and accept their roles.

6. Winning is players fighting hard to be in the mix — earning meaningful playing time while unselfishly
pulling for teammates.

7. Winning is a coach not trying to keep everyone happy with practice or game playing time.

8. Winning is working on defense. (Though I worked on offense 80 percent of the time.)

“Not lost in my formula for winning was an honest focus on the academic/athletic balance,” Bridges added. “When our players were recruited it was with a dual promise. If you came to Illinois Wesleyan you’d get a quality education as well as a chance to compete in topflight intercollegiate basketball.”

Bob Spear ’77 saw Bridges’ winning formula in action on a daily basis. Now a pediatric intensive care physician at the Children’s Hospital in San Diego, Spear said, “I planned on playing basketball. But there was no question my priority was getting intomedical school, which was very competitive, and it was not a given; I knew I’d have to work hard.

On the court, many of Bridges’ lessons on winning came into play, said Spear. When Jack Sikma was recruited, “I no longer had the illusion that I was going to be the superstar on the team. But just being a part of a team rather than being the best person on the team, that was something new for me, and I think Coach Bridges made that transition easy for me.”“Coach Bridges gave me the opportunity to focus on my academics and, if ever there was a conflict, that I would be able to lean more heavily on making sure that my grades were good and that I didn’t miss labs — I wouldn’t be penalized in basketball because I was a biology major,” said Spear, who joined in celebrations naming the Dennie Bridges Court in February.

“Coach Bridges let me do my own thing. I was proud that during my senior year I only averaged five points a game, and yet I was all-conference because I could play defense,” Spear added. “I think he realized at that point in time that that was my strength. There was a game against Quincy — I didn’t usually play more than 25 minutes, but then I played all 45 minutes of probably one of the best games that we’ve ever played at Wesleyan.”

For Bridges, selfless playing didn’t involve showboating. Jeff Kuehl ’90 noted that the 1980s gave birth to “fancy passes and spectacular dunks.” Though dunking was “definitely a part” of Kuehl’s game, he quickly learned Bridges’ rule: “If you miss a dunk, you’ll come out of the game.”

Fortunately for Kuehl, he never missed a dunk until a sophomore game against Augustana. “When I intercepted a pass at mid-court, dribbled uncontested to the hoop and decided to try a reverse dunk. The ball caromed off the back rim and bounced to an Augie player at half court. As soon as I landed, I turned to the sideline, and based on Coach’s red face I knew I’d soon be sitting on the bench.”

Kuehl learned that Bridges’ “old school” philosophy of coaching worked well for both him and for the team. “I remember this phrase over and over, ‘If you can’t pass and catch the ball, you can’t win.’”

For Bridges, it was also important to strike a balance “between the serious business of team discipline that was necessary to achieve championships and having fun. Players work hard in practice, and there is stress involved in not disappointing ourselves or our fans. This intensity has to be balanced with some fun times.”

There were plenty of fun times. Former players fondly remember road trips to New York City or Hawaii. Recalled Brian Martin ’93: “My fondest memories of Hawaii included surfing (or attempting to), riding (racing) mopeds around the island (and a few parking garages) and taking in the sights (on the beach) — oh yeah, we also played some basketball!”

Perhaps the ultimate expression of winning among Bridges’ players is the lifelong bonds they formed. “They were very special times. You can’t re-create that,” says Spear. “The relationships that we built over those four years have lasted now for almost 40 years. When I first came here, there’s no way I could have guessed that I’d have these friends for life just from deciding to come to this little college over here to play basketball and go to school. It’s turned into lifelong friendships.

“What a great opportunity to be a part of this.” — Tim Obermiller