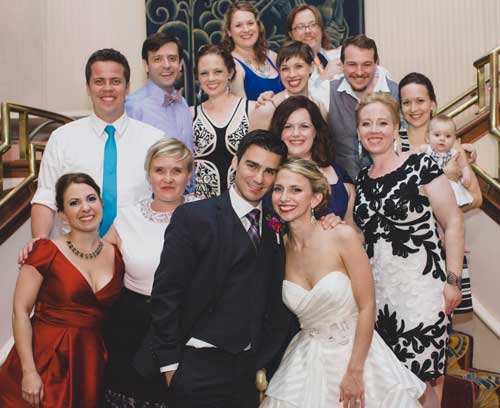 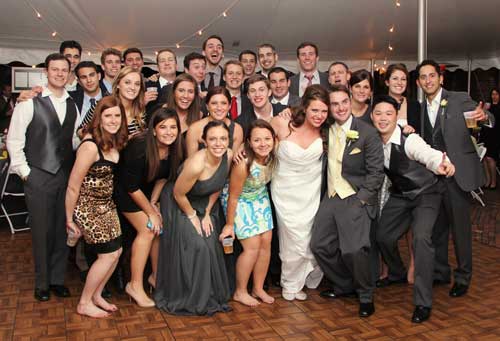 Jordan Diehl and Jake Mann (both '12) were married at Ewing  Cultural Center on Oct. 11, 2014. "There were many Titans in attendance to celebrate with us," the couple wrote. "Because we met and got engaged on IWU's campus, our cake topper actually featured Tommy the Titan!" [see Table of Contents page] 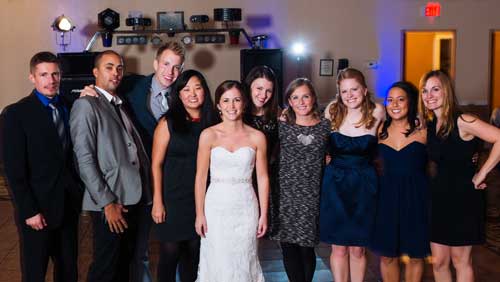 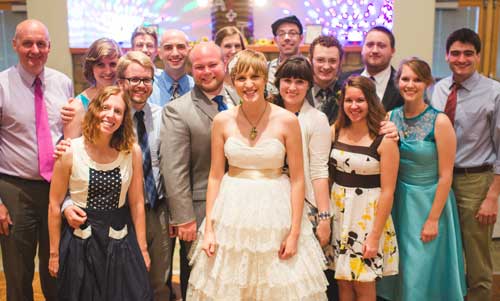 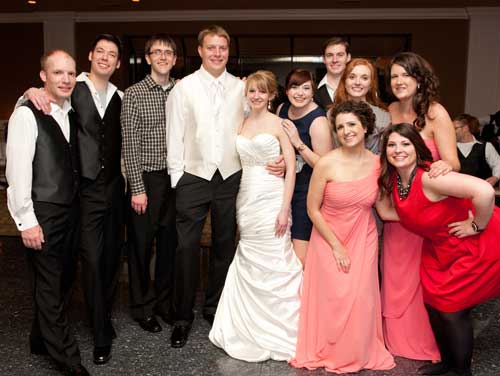 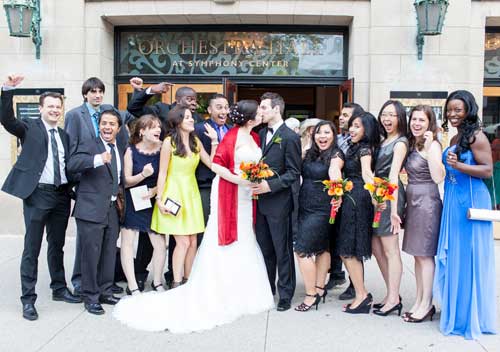 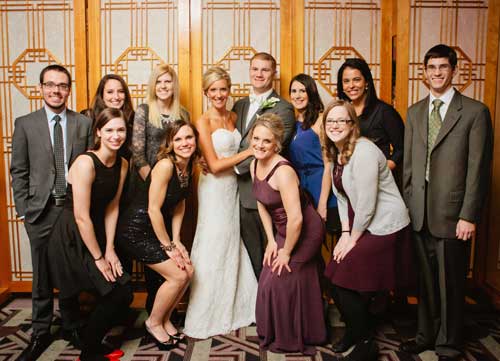 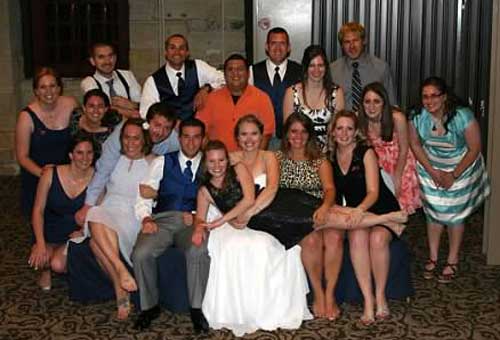 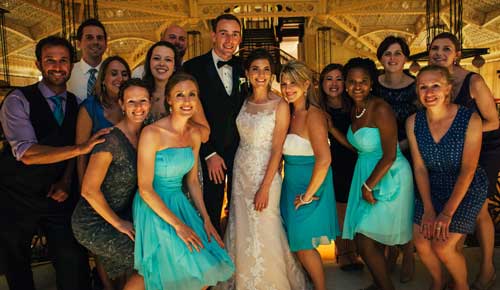 Jane Szafraniec ’06 married John Fallon at the Rookery Building in Chicago on July 12 2014. Jane wrote: “All in the photo are ’06 IWU alums with the exception of the groom, who is from Ireland and we met while both currently living in Australia.” 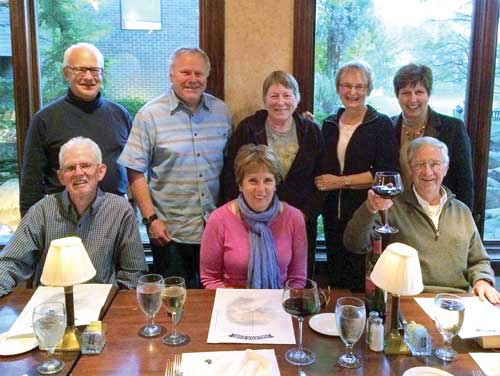 Alumni members, spouses and friends of the band group The Fratiers recently reunited. The Fratiers were a popular group in the area who formed in 1964 and returned to play their last performance at Homecoming in 2002. “We all had a great time playing golf, reminiscing and planning future gatherings,” wrote John C. Puffer ’67. Seated from left are Roger Heerdt ’69, Cheryl (Orloff) King ’68 and Bill Ackermann ’67. Standing from left are Rick King ’67, Puffer, Chris Chamberlain-Puffer, Clemmie (Porok) Ackermann ’66 and Linda Rollings, wife of the late Larry Rollings ’67.