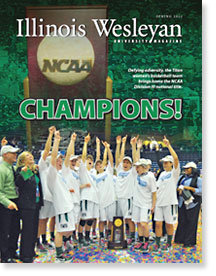 A Season to Remember

It was supposed to be a rebuilding year for the women's basketball team. Then Coach Mia Smith was diagnosed with cancer. So began one of the most remarkable chapters in Titan athletic history.

As a volunteer at Chicago's Shedd Aquarium,
Dawn Dall Ducharme '96 experiences the joy
of diving into another world.

As a passionate crusader in the campaign for women's suffrage, Antoinette Funk, class of 1898,
shattered stereotypes she once espoused.

Launching his sports-reporting career in college,
Stew Salowitz '76 continues to track the pulse
of Titan athletics. 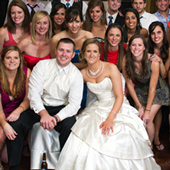 Send Us Your News

Choose from several forms to provide information and feedback to IWU Magazine. Click here for the forms. 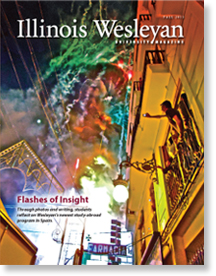 To view past online issues of IWU Magazine, click on the above cover or here.