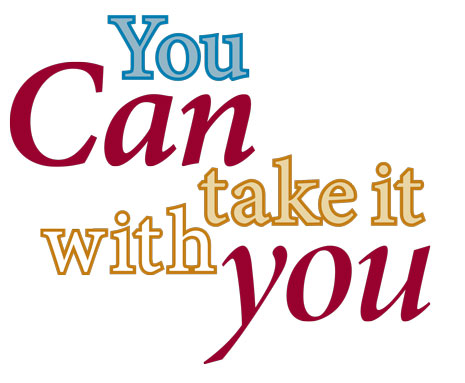 When the class of 2012 moved to Illinois Wesleyan this fall, they brought the usual necessities. A toothbrush. Pens and pencils. Extra-long sheets. And of course, at their mothers’ behest, plenty of socks. But no matter how difficult it was to fit their belongings into a few boxes and suitcases, most made room for that one item they couldn’t leave behind. For some, it was a photo album. For others, it was a stuffed animal, high school yearbook or sports trophy. It may not have been as practical as, say, a warm pair of socks, but they couldn’t imagine leaving it at home.

For nervous first-year students, the old adage “you can’t take it with you” simply doesn’t apply.

The treasures that the new Wesleyan first-years brought with them reflect the many different experiences and points of view that these students bring to the campus community. With this in mind, Illinois Wesleyan University Magazine decided to get to know the class of 2012 by looking at the objects that are important to them, and asking, “What does this mean to you?”

We discovered that “it reminds me of home” was the most common response. These items lend a trace of familiarity to new surroundings and a hint of spice to the impersonal feel of first-year housing.

But, we wondered, do all these items remain precious throughout the college experience, or does their significance fade along with the homesickness?

An informal poll of upperclassmen revealed that most still had their first-year keepsakes with them at Illinois Wesleyan, including pillows, scrapbooks and teddy bears. And that’s what makes these items so special; not what they are, or the story behind them, but the comfort and security they offer. No matter how stuffed the boxes are on move-in day, or how many people have to sit on the suitcase in order to zip it shut, these keepsakes will keep making Illinois Wesleyan a little more like home.

As Ryan Nielsen packed his things to move to Illinois Wesleyan this fall, he included a small painting that reminded him of one of his greatest adventures.

The postcard-sized painting depicts a city skyline at night; the buildings sparkle with jewel-toned orange and saffron lights — the colors of Spain — against a sky of deepest black.

“It really looked like this at night,” Ryan says.

He bought the painting on the streets of Seville two years ago. The trip, sponsored by his high school, gave students from the Chicago area the chance to experience the language and culture of Spain firsthand.

“It was my first time out of the country, and my first real time away from my family,” the Downers Grove native says. “It was a good personal-growth experience.”

The trip to Spain inspired an interest in travel and other cultures, and the summer afterward he visited France and Italy. He’s now considering taking a May Term travel course this spring.

The painting, which sits on his bookshelf in his Ferguson dorm room, reminds him of his first taste of travel — and, perhaps more importantly, the feelings of independence and confidence it inspired.

Although Dolan resident Brittany Potter calls Chicago home, “my whole family is from Louisiana,” she says.

“Between how much time I spend there and that fact that both sides of my family are from there, I would consider Baton Rouge, Louisiana, my second hometown.”

When she packed up to move to Bloomington, she brought with her a canister of spicy seasoning mix, Tony Chachere’s Original Creole Seasoning, that she bought at Wal-Mart.

“I use it on almost everything,” she says. The seasoning includes salt, red pepper, garlic and other spices.

She even takes it to the Commons with her, to give the cafeteria cuisine a little flavor of the place she calls home.

“It just makes everything taste so much better,” she says.

Just because the class of 2012 is now in college doesn’t mean playtime is over. Favorite toys and games serve as reminders of home, as well as fun ice-breakers for new residence-hall friends.

Take, for instance, Riakilee Moser’s party-size pack of Play-Doh or Jessi Bozek’s Rubik’s Cube. “Ever since I was in fifth grade, I would try to figure it out,” Jessi says of the colorful puzzle. “Now I can do it in two minutes.”

But toys can preserve treasured memories as well.

She may be a college student, but Barbara Shockey isn’t done playing dress-up. A pair of fairy wings that she bought at a Renaissance Faire she attended with her best friend Alisha hang on her wall. Alisha’s feather boa, which Barbara wore on school spirit day at her high school, sits on her desk, a reminder of all the times they spent together.

When questioned, she explains, “I’m really just a little kid.” But then she adds, “I have little brothers and sisters, and during the summer we set up the tracks on the living room floor. It reminds me of the time I spent with them.”

Hanging next to Brianna Kratz’s desk, attached to the curtain pull on the window, is a colorful fish windsock.

The fish, fashioned into a makeshift puppet, was a prop in a play Brianna directed for her Girl Scout Gold Award. “It played the role of  ‘enchanted princess’ in the story of ‘The Fisherman and His Wife,’” she says. “It reminds me of everything that I did over the summer, my cast that I really got to know and love during the process of putting on the play and” — the moral of the play itself — “that I really have to be careful what I wish for and be thankful for what I do have.”

“It’s kind of corny,” Munsell resident Annie Tillman says, “but ‘gnome is where the heart is.’”

Around her, four bearded, pointy-hatted little creatures seem to smile in agreement. The three small ceramic gnome figurines are dressed for action: one wears a snorkel, one carries a pair of maracas and the third is kicking a soccer ball. The fourth is about two feet high, canary-yellow, and made of plastic. He gazes serenely, if blankly, at his surroundings.

Annie inherited her affection for gnomes from her Austrian grandmother, who “has them all over her house,” the Skokie native says. “She has over 100 of them, and they just remind me of home.”

“This one’s from Sweden,” Annie adds, touching the yellow gnome’s hand. She adopted the gnome, a prize from a Swedish amusement park, after its original owner tossed it in the garbage. She bought the soccer-playing gnome during a trip to Germany during high school, and the two others were gifts from her mother.

But the four gnomes she brought to Wesleyan aren’t her entire set. One small gnome from Annie’s collection is now criss-crossing the country, as she and her high school friends (now at colleges in Florida, Iowa and Minnesota) mail the little creature back and forth. The rules for the exchange are very specific: recipients must complete a list of duties, including photographing the gnome with the school’s mascot and with a favorite professor.

“It’s a good reason to keep in touch,” she says. “It brought us all back together, I think.”

So does sharing their room with four gnomes ever make Annie’s roommate feel like Snow White (albeit with half the number of dwarfs)?  “At first she thought it was a little odd,” Annie says with a smile, “but once I explained, she understood.”

By far the most common items that first-year students brought with them were photo albums, childhood blankets and stuffed animals.

Tracy Lytwyn brought a teddy bear that was given to her by the American Cancer Society when she was 12, after her mother was diagnosed with breast cancer. Around its furry leg is a bracelet from a breast cancer fundraising walk.

“My mom recovered and has been in remission for six years now,” Tracy says. “I brought the bear with me to remind me that God’s watching over me, just like He was taking care of her, and that I should never give up, even when things look impossible. My mother is my hero, and that little bear is kind of like bringing her along to college with me.”

Her classmate Ian Coulter–Buford feels the same kind of spiritual connection to a prayer blanket given to him by his grandmother.

“She told me, ‘Whenever you need something you just ask God for it. If you’re sick, you wrap yourself in the prayer blanket and talk to God,’” Ian says. “She lives in Mississippi, so I don’t see her much. I still have my prayer blanket and I sleep with it still, and it makes me feel closer to God and my grandmother.”