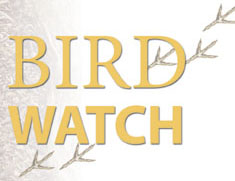 Students are also colleagues in this research lab

Students in Professor R. Given Harper’s ecology courses become accustomed to their field trips being interrupted with the exclamation “Look! A bird!”

“It’s so funny,” biology major Amanda Solliday ’06 fondly recalls. “He’d be mid-sentence, stop, get his binoculars out and point out a bird. (He would) tell us what it was, tell us some story about it. He’s very passionate about the birds.”

Elements of that passion can be contagious, as students who encounter Harper may find themselves exploring environmental issues hands-on in the lab. In their research examining pesticide contamination in songbirds, Harper and fellow professor Jeff Frick, who chairs the University’s chemistry department, enlist Illinois Wesleyan undergraduates.

“I think both Given and I see our students who work with us as just that — they work with us, they don’t work for us,” comments Frick. “We value their ideas and their contributions to the project, and want them to have some ownership of the project.

“That’s really, I think, the best way of going about undergraduate research. ... If you don’t do that, you’re training a technician, but you’re not training a scientist. You’re not training them to think if you’re telling them everything and not giving them that opportunity to have input and feel like what they have to say matters.”

Out of 20 published papers of Harper’s various research, 10 have one or more student co-authors. Regardless of their future career paths, Harper hopes the research experience gives students a better understanding and appreciation of science. Some under his mentorship have revised their paths — including Solliday, who is now leaning toward agricultural research instead of medicine, and who has chosen an environmental studies minor. Both she and fellow sophomore researcher Amy Cadwallader have been accepted to competitive summer research programs, with Harper’s help in the application process. Including students in the research is a personal commitment, Harper says.

“With biology in general, I think (you) could perhaps get things done faster if you didn’t involve students,” he admits. “But for me ... this is really considered a part of teaching. It’s something I really enjoy — to guide these students along and to watch them progress and develop; that is, to me, very satisfying.”

Class of ’98 alumnus Jeff Klemens has published four papers with Harper and Frick dating back to his student days at Illinois Wesleyan, which have provided an “amazing boost” to his scientific career, he says. Klemens recently finished his doctoral work with renowned tropical ecologist Dan Janzen at the University of Pennsylvania, and has won a post-doctoral National Science Foundation fellowship to continue research involving tropical dry forests in Costa Rica.

This is the fifth year that he and Harper co-taught a May Term course in Costa Rica, studying tropical ecosystems and issues related to preserving biodiversity. Fully colleagues now, Klemens said the relationship was collegial even when he began working with Harper as a sophomore. It wasn’t until graduate school that he realized how unusual this was.

“From the very beginning, even when I was just a 19-year-old kid working in the lab, I was treated like a colleague and I was given that sort of responsibility to make decisions. My opinion was respected. That’s how you get to the point where you can learn how to do science: You’re not the guy who’s dripping the stuff down the column and making the measurement; you’re participating in formulating the questions.

“I think that’s why the relationship has turned out the way it has, and why we’ve stayed close and continued to work and do things together.”

Current student Cadwallader appreciates the “open doors” offered by Harper and Frick.“You’re always dropping by their offices, ‘What do I do about this?’ ‘What about this songbird?’ ‘What do you think?’ – asking questions all the time,” she says. “It’s nice to be at a small school, where you know your teachers and get a chance to do something like this.”