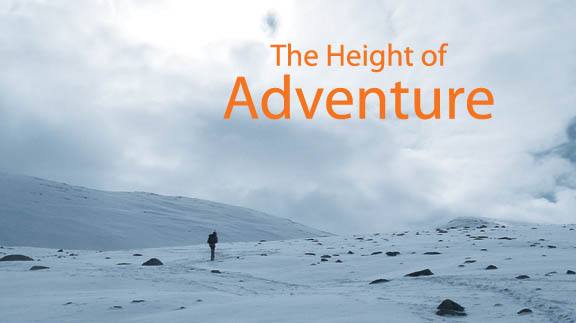 At soaring altitudes, Brian White endured
a 14-day odyssey through one of
the world’s most isolated regions.

By day three of their journey, the group was making progress in its often tortuous pitch toward the 16,200-foot Gandala Pass. Altitude sickness gave both Brian White ’94 and his wife, Kristine, excruciating migraine headaches, and the thinning air forced the group to take many breaks along the way. But their discomfort turned to exhilaration as they finally arrived at the pass, where they were greeted by the sight of a string of dozens of brightly colored Buddhist prayer flags fluttering in the wind. White learned that the flags — each one covered with mantras and prayers — are flown on high-mountain passes, above rivers and streams, and atop monasteries. The wind blowing through the flags is thought to transport their blessings across the world.

The moment was just one of many highlights for White as he experienced myriad wonders and challenges during his 14-day journey this past June through Ladakh, an isolated area of the Himalayan Mountains in the Jammu and Kashmir state of northern India that has captured the imaginations of adventure travelers.

White and his wife Kristine had their share of such adventures prior to this trip — including a month-long backpacking trip through Europe — but none, he says, has offered quite as intense a physical and mental challenge. A music major, White taught and directed band at Elk Grove High School in Illinois until July 2003, when the Whites left America to teach at the Singapore American School. White conducts the middle-school band and Kristine teaches pre-school at the independent, non-profit day school, which offers an American-based curriculum. The Whites’ decision to move to Singapore was sparked when they met “an American couple who were teaching in Kenya. This opened our eyes to the possibilities of living and working overseas.”

The Whites have taken advantage of their southeast Asia location by traveling throughout the region, including trips to Bali, Malaysia, Thailand, and parts of India. Looking for an even greater travel challenge, the couple, along with two other teachers from the Singapore American School, signed up this past summer for their 14-day Ladakh trek, arriving in Leh, the region’s bustling, rustic capital, on June 1. From there, they drove to the village of Stok, where they “spent two days getting used to the altitude (12,000 feet) before heading out on our adventure,” says Brian.

Ladakh, which means “high pass” in Nepalese, is — like its neighbor, Tibet — an arid Himalayan kingdom sheltered by some of the world’s tallest, most rugged mountains. White was told by locals that at times there were more than 200,000 Indian troops stationed in the region in response to an attack of Ladakh’s borders by communist China decades earlier. In 1974, the region was opened to foreign travel, and some 20,000 tourists now visit Ladakh each year.

Despite the recent incursion of outsiders, Ladakh and its people remain largely untainted by modernization and industrialization, offering the Whites a chance to travel through remarkably diverse and pristine landscapes. Although trekking through this region does not require any special mountaineering skills or equipment, hiking along rocky mountain trails and over lofty passes at altitudes at 16,500 feet or higher, can be physically exhausting.

The expedition was organized by Bill Kite, an American expatriate who owns a trekking company and hotel just outside of Leh. He is well connected with local community leaders, and travelers on his treks are treated very well, says White. Kite arranged for several Nepalese guides, know as “Sherpas,” to assist them on their journey.

Before their departure, Kite arranged for the group to visit the Lamdon (“Lam” meaning “path;” “don” meaning “light”) School located at a monastery near Leh. “The school is funded entirely by community donations, and Bill Kite does a lot of legwork trying to organize foreign donations to the school,” White says. Beginning as a one-room schoolhouse, Lamdon has blossomed into a multi-building facility that serves about 1,000 students. Its lessons reflect the traditional values of Tibetan Buddhism that are deeply rooted in Ladakh culture. White was particularly impressed by the discipline of 4-year-old students who sang in perfect unison the 10-minute Dalai Lama “Long Life” prayer, a morning ritual at the school. As the group headed out on their first day of trekking, they quickly appreciated the challenge they faced. After a day of hiking through the often barren landscape carrying heavy backpacks at towering altitudes, they felt exhausted, but their spirits were buoyed by the encouragement of their group’s five Sherpa guides — Nuri, Bim, Shaymag, Duti, “and a young man we nicknamed ‘No Fear,’” says White. “He was Duti’s nephew and came along on all the summer treks to make money to go to university.”

White reflects that getting to know these men was one of the most rewarding aspects of the trek. “Through them we learned so much about the culture of Nepal, the Ladakh region, and their Buddhist faith.” From their guides, they also learned some basic phrases in Nepalese, although the Sherpas spoke excellent English (“Nuri even did a great Elvis impersonation,” notes White).

On their trek’s second day, the group rested at an isolated village and became acquainted with the peasant farmers who lived there. As with the other villages they passed through, White and his fellow teachers donated school supplies they had brought along with them. White fondly recalls how his wife bonded with a happy group of younger village women. They chatted about “men, skin, and hair … typical stuff that any young group of women in the U.S. would talk about.” White says he was reminded of the fact that the more he and his wife travel around the world, “the smaller it has become. People are really the same everywhere, despite different cultures, religions, and beliefs.”

The following day — as the group traversed the Gandala Pass, with its spectacular view of the fluttering string of prayer flags — White found himself struggling with a painful knee injury. With the help of a ski pole, he soldiered on as the Sherpas led them down a winding trail that took them to the green oasis of the Markha Valley, where they enjoyed breathtaking views of the surrounding Korakoram snow-capped peaks. Much of day seven was spent climbing out of the valley, where White’s group took a “much-needed break near a Mani prayer wall,” one of many ancient monuments they passed along the way.

As the group progressed towards its next destination, the Kongmaru La Pass, the Whites were trapped in their tent for a full day when six inches of snow fell on their camp. Traversing the rocky, snow-covered landscape up to the pass was one of the toughest and most challenging parts of the trip. After reaching the lofty peak, “we only stayed for about five minutes because the weather was so bad.” The team began the long, seven-hour trek that would take them back down into the Indus Valley and to the comfort of their hotel. “At the end of the trek, we loaded up into some vans and began driving back to the village of Stok. Despite all of the difficulties and trials, Kristine and I just kept looking out the window and wishing we were back in the mountains.”

After their trip, the Whites flew to the United States to visit family before returning to Singapore, where they spent a relaxing summer while preparing for the start of their school year in August. White says they plan to remain in Singapore for at least four more years, and perhaps find a smaller international school at which to teach after that. In the meantime, they are anticipating their next major trip, in December, to Australia, where the couple will travel from Perth to Sydney, via the outback.

Whatever adventures their future travels hold, White says that he and Kristine will always relish the memories of their time spent in Ladakh and would recommend the trek to others looking for a rewarding challenge. “The trek was exactly what we were looking for,” says White, “a physical and mental journey that would strengthen our bodies and nurture our souls.”

> To see dozens of photos and read more about Brian and Kristine White’s travels in Ladakh, visit their Web site at homepage.mac.com/whiteb, or click here.

Brian White also invites classmates to write him via e-mail at BWHITE@sas.edu.sg.