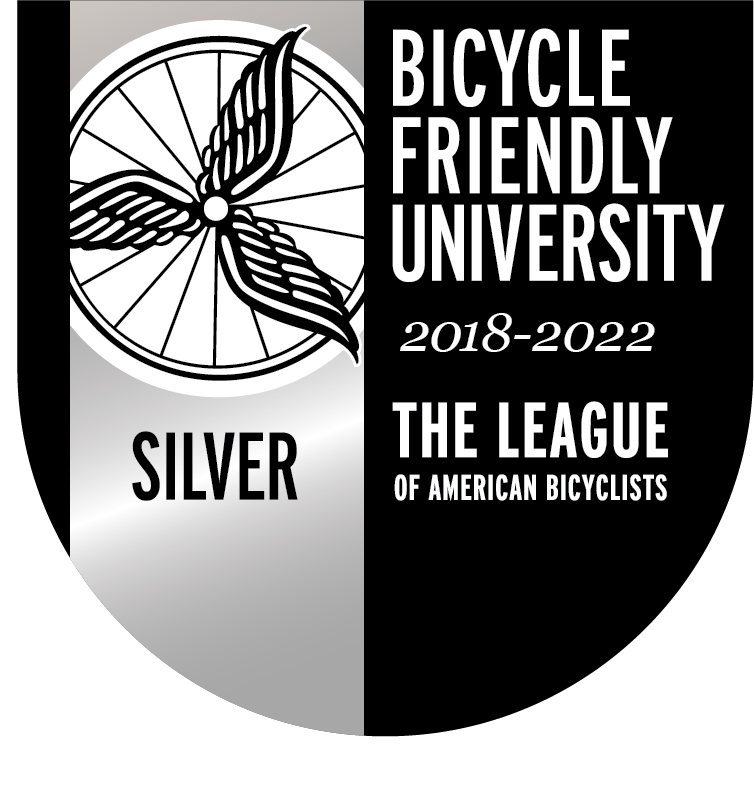 Since 2013, we've operated a free bike share for students, faculty, and staff. Learn more about our bike share program.

Since 2015, we've been running a small campus bike coop out of the garage behind the IT House. Intrigued?

There are bike racks all over the Illinois Wesleyan campus; you can find a complete listing of them on the campus map by checking the "show bike racks" box below the map, and if you're super-interested in bike racks, you can also read our rack standards policy.

If you can believe it, some people leave their bikes around campus when they graduate. (Who wouldn't want to keep their bike?) So we've established a policy about when we'll cut locks and what we'll do with the bikes after that happens. (Was your bike tagged?)

Bloomington-Normal has a fantastic bike/pedestrian artery that runs a few blocks east of campus. The Constitution Trail is a great way to get around town by bike. Work is also underway in both the City of Bloomington and the Town of Normal to improve safety and convenience for bikes on roadways with bike lanes, shared road markings and signage, and other efforts.

Curious what the best way is to get somewhere by bike? Google Maps offers bike-specific directions. You can also reach out to local cyclists on Twitter (@BikeBloNo) or on Facebook and they'd be happy to help plan your route!

The GREENetwork has formed a subcommittee of bicycle advocates working to improve cycling infrastructure, educate about safety and rules of the road, and to oversee the bike share program. If you're interested in joining us, email Chris Sweet to find out when and where our next meeting will take place.