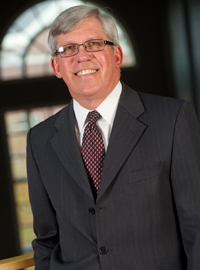 Fiscal Year 2015-16:   I will be providing an enrollment and budget report to the Board of Trustees on Thursday and Friday and wanted the faculty and staff to receive a similar update before that meeting.

We received a record number of applications this year and admitted approximately 200 more students than last year. Throughout the spring semester, the number of enrollment deposits for new students ran about 20 ahead of last year. Based on that fact, we developed a budget with a net tuition revenue estimate of $11.3 million.

We trace the shortfall largely to a decline in the number of new international and transfer students and a lower than expected yield on admitted domestic students. Overall, this translates into a shortfall in net tuition revenue of approximately $1,500,000. Given the short timeline to prepare a balanced budget for the Board of Trustees, I worked with the Provost and the Vice Presidents to come up with a plan. A major component of that plan is a 1.5% tax ($750,000) on our operating budgets.

If there is any positive news in this picture, it is that we have preserved a 1.0% increase in the salary pool for the coming year. There is widespread agreement that we simply must make positive adjustments to employee compensation. In addition, our retention of returning students remains strong, and we are on target to meet the enrollment and net tuition revenue goals for that group.

Fiscal Year 2016-17 and Beyond:  We have not had much time to think about options for the longer term, but it is my belief that we must give immediate attention in the fall to new academic and co-curricular initiatives (or logical expansions of existing ones) that are consistent with our mission, respond to the needs of society, and expand our applicant pool. In my mind, the only way to reverse the cycle of enrollment and revenue declines and subsequent budget reductions is to take action to develop programs that are sufficiently attractive to students and their parents that they will be willing to pay the net tuition that we charge.

I know it is hard to think about new initiatives at a time when we still have work to do to realign staffing in relation to recent budget and enrollment adjustments. That effort must continue but, at the same time, we need to begin thinking creatively about how we can increase our competitiveness. I feel that this idea must be our highest priority for the coming year and look forward to working with you on ways of making demonstrable progress.