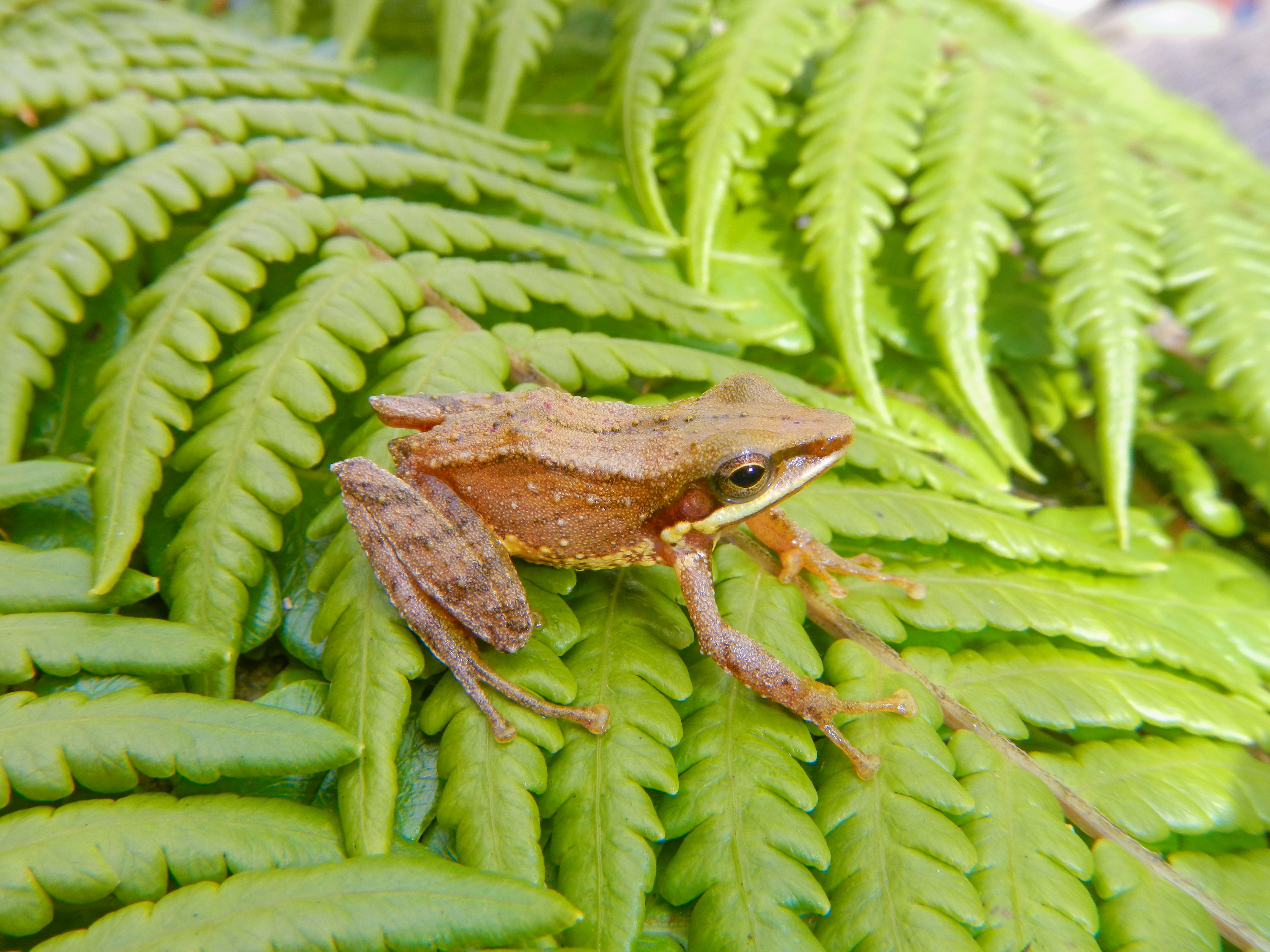 Pristimantis Sagittulus is a "striking new species" discovered by Edgar Lehr and colleagues. 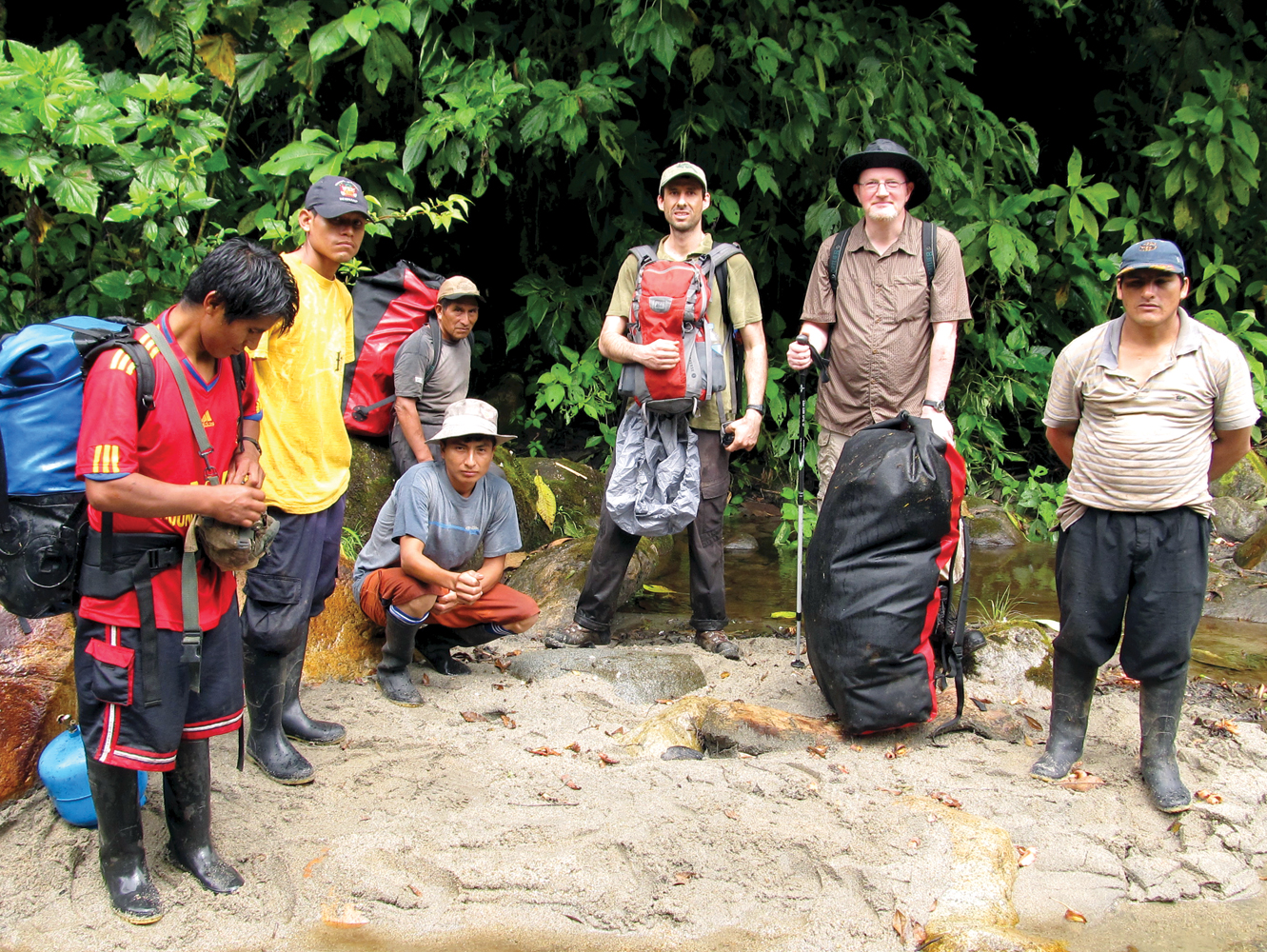 Lehr (second from right) and expedition members in Peru. 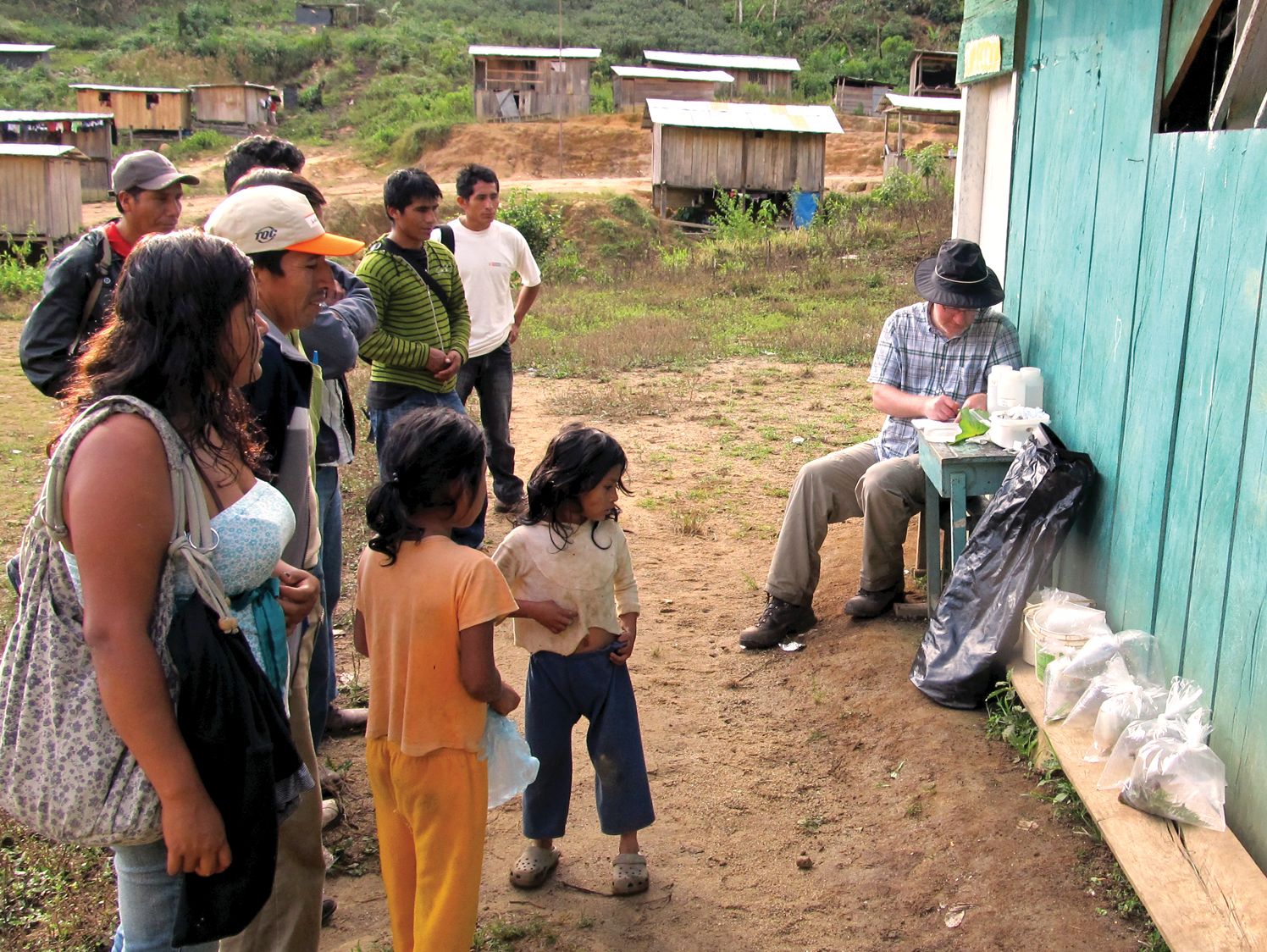 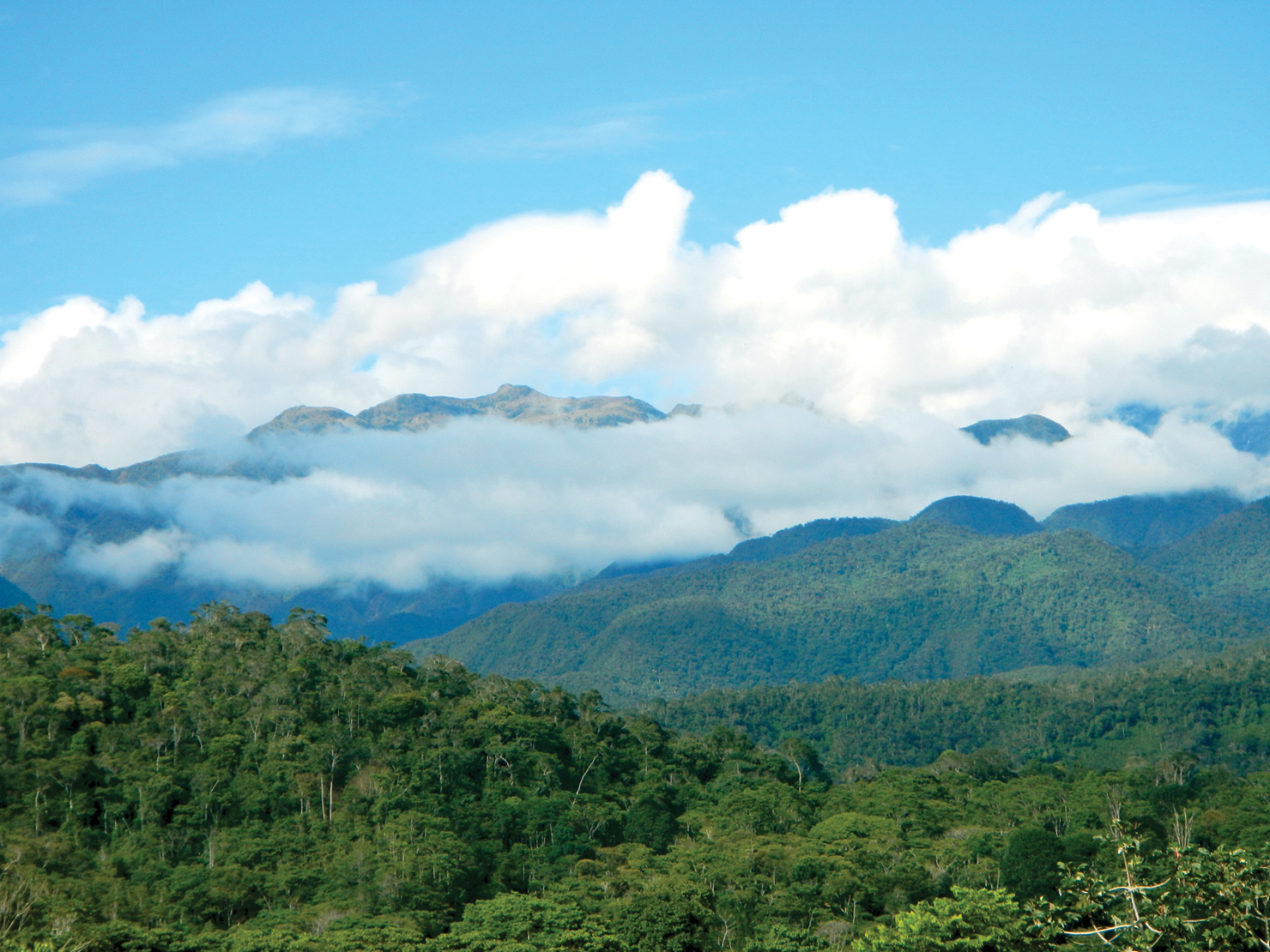 The mountain peaks of Pui Pui Protected Forest in Peru, where Lehr and his team have discovered new species.
❮❯

Biologist Catalogs Amphibians Before They Disappear

Exploring in some of the planet’s most remote habitats, Assistant Professor of Biology Edgar Lehr has contributed to the discovery of over 70 new species of amphibians and more than 10 varieties of reptiles.

Lehr aims to help catalog the world’s amphibian population and learn why its numbers are rapidly declining. Habitat loss, global climate change and a fungal skin disease have decimated dozens of species.

Lehr and his colleagues have focused on protected areas in central Peru where no biodiversity fieldwork had been conducted before. During an expedition in Manú National Park, discoveries by the team established Manú as the park or protected area with the highest number of species of amphibians and reptiles on Earth. Funding from National Geographic’s Global Exploration Fund allowed Lehr to travel to Peru’s Pui Pui Protected Forest, a mountainous area with hazardous terrain and extremes of suffocating humidity and dangerous cold. In spite of the inhospitable conditions, Lehr found inspiration in the region.

“When you’re working in an area no one’s been, you’re very excited,” Lehr says. “It’s like opening a gift. You want to know what’s inside.”

“When we understand more about the species that live on this planet,” he added, “we can understand how we are interconnected, and how each species contributes to our lives.”

National Geographic Voices – Edgar Lehr: Where no biologist has gone before