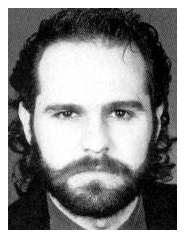 Dave Clemmons is a native of TN, and a graduate of The University of Miami's Vocal Jazz Department.  He is a talented performer who has not only worked on the Broadway stage but nationwide.  Mr. Clemmons was most recently seen on Broadway in the Frank Wildhorn musical, The Civil War as Sergeant Virgil Franklin and the Auctioneer's Assistant.  His other Broadway credits include: The Scarlet Pimpernel (Ben/Chauvlin) and Les Miserables. His national tours credits include:  two years as Jean Valjean in Les Miserables, Jekyll & Hyde (Bishop), and Whistle Down the Wind.  At the Alley Theater in Houston:  Jekyll & Hyde (Bishop), Svengali (Billy), and As You Like It (Corin Amiens).  Other regional credits include:  Che in Evita, Arthur in Camelot, and Freddie in Chess.  He can be heard on several recordings, including:  The Scarlet Pimpernel concept recording (where he created the role of Chauvlin), Jekyll & Hyde Complete Works double CD (Bishop), and The Civil War:

Complete Works double CD.  Beside his work on the stage, Mr. Clemmons is a producer through R

iot Entertainment, and is the head of casting for Wildhorn Productions.  He has also served as the vocal supervisor for Terrence Mann's musical, Romeo & Juliet and is on the music and voice faculty of Ann Reinking's Broadway Theatre Project.  He spends most of his time running his own casting company, Dave Clemmons Casting where he has cast more than 100 Broadway, Off-Broadway, National Touring, workshop and regional productions.

ngo; The Ark; Captain Louie (by Stephen Schwartz); They Wrote That?; Zanna, Don’t!; Cupid & Psyche; Love, Janis; The Prince and the Pauper; Dragapella!; The Donkey Show; The Karaoke Show; Awesome 80s Prom; Pieces of Ass; Godspell (2000 Revival at the York Theatre). Regional Theatre: Dracula at La Jolla Playhouse (starring Tom Hewitt); Children of Eden at the Ford’s Theatre; Heaven Help Us!; The New Rat-Pack Musical at Florida Stage and The Denver Center for the Performing Arts; Waiting for the Moon, the new Frank Wildhorn musical based on the life of F. Scott Fitzgerald at the Lenape Performing Arts Center; Little Shop Of Horrors at the Tony Award-winning Alley Theatre; Stand By Your Man: The Tammy Wynette Story at the Ryman Auditorium in Nashville and Goodspeed’s Norma Terris Theatre; Chess: In Concert at the Helen Hayes Performing Arts Center; History of the Word at the Tony Award-winning Crossroads Theatre; Making Tracks at San Jose Repertory Theatre; Footloose, Thoroughly Modern Millie, Once Upon a Time in New Jersey, The All Night Strut, at Marriott Lincolnshire Theatre; Camelot, The Full Monty, Cinderella at North Shore Music Theatre. Las Vegas: the U.S. premiere of Notre Dame de Paris at the Paris Hotel & Casino; Saturday Night Fever at the Sahara.  Clemmons Casting has also been successful on the international scene also, including Jekyll and Hyde (Korea); 42nd Street (Moscow, Russia); The Sound of Music (Asia); West Side Story (Germany, Asia, Europe); UK tours of Fosse (starring Ben Vereen and Ruthie Henshall); The King and I; and the resident German companies of CATS and Starlight Express.  Dave Clemmons Casting currently acts as casting consultant to Disney Entertainment for Aladdin – A Musical Spectacular (Hyperion Theatre) and Snow White - An Enchanting New Musical (Fantasyland Theatre). In addition, Mr. Clemmons travels to several of the nation’s top universities and training programs every year to discover the next generation of the industry’s most talented music theatre performers.