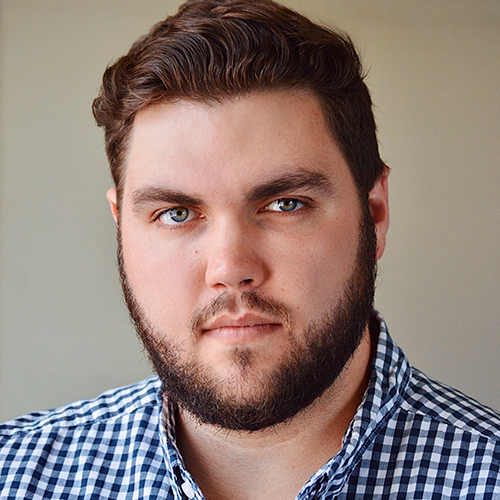 M.M., University of Illinois at Urbana-Champaign
B.A. Theatre, University of Alabama at Birmingham
B.A. Music, University of Alabama at Birmingham
Nole Jones is a Chicago-based singer, actor, and voice teacher. He serves on IWU’s Musical Theatre faculty as an Instructor of Musical Theatre Voice and the director of the School of Theatre Arts Senior Showcase for the class of 2020.
Nole is an active performer in the Chicago area and around the country. He has appeared recently with Dollywood Entertainment, The Utah Festival Opera, Lyric Theatre Illinois, and Prairie Fire Theatre. Favorite roles have included Georg Nowack (She Loves Me), Judas Iscariot (Jesus Christ Superstar), Archibald Craven (The Secret Garden), Mitch Mahoney (25th Annual Putnam County Spelling Bee), and Fabrizio (The Light in the Piazza). He is also a regular soloist and concert performer, and was recently featured in “An Evening on Broadway” with Julie and Nathan Gunn at The Krannert Center for the Performing Arts. From 2012 to 2015, he was a member of the Lake Junaluska Singers, a professional 16-voice touring ensemble based in North Carolina.

Nole holds a Master of Music degree in Voice Performance and Literature from the University of Illinois at Urbana-Champaign, where he was a Stotler Graduate Voice Fellow. He also holds Bachelor’s degrees in both Music and Theatre from the University of Alabama at Birmingham.
School of Theatre Arts News
....
More News & Events
All images and content