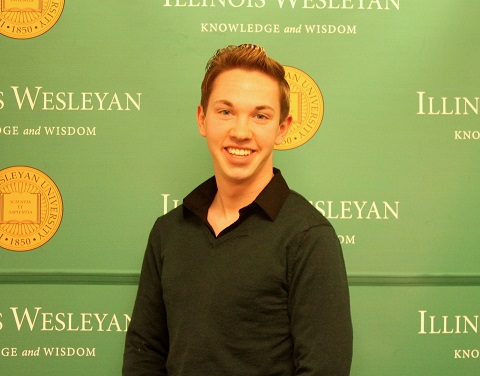 Bio: Henry, from Harvard, IL, is a Biology major with a Pre-Physicians Assistant concentration from the class of 2017. Henry’s exposure to student government started early. During his freshman year of high school, he started as a representative to his class and was later elected President of the Class of 2013 in his sophomore year. Henry held this position until graduation while also becoming the President of Harvard High School’s Student Council in his senior year. Coming to Illinois Wesleyan University, Henry knew he wanted to continue serving on student government and was elected to Senate in the fall of 2013 as a First-Year Senator. Henry is still involved with Residential Life Government, and he is also a First Year Residential Advisor for the 2014-2015 year! Henry is passionate about student involvement, and hopes to translate this passion into meaningful change at IWU and beyond. Henry enjoys the art of photography as well as design and hopes that passion displays through his work on Senate. During his term as Public Relations Commissioner, Henry’s main goal is to “Go Green” and help find a more eco-friendly, effective way to advertise for events across campus, integrating technology along the way.