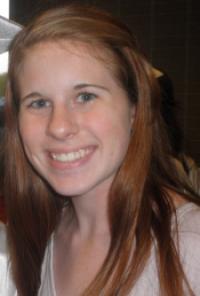 November 8, 2012, BLOOMINGTON, IL. – Last year at Illinois Wesleyan, various professors nominated papers written by students in their gateway courses for an essay competition.  Out of numerous entries, a faculty committee chose the paper written by Casey Plach, a political science major from the class of 2015.  Her essay, a thorough analysis of a book entitled The Ox-Bow Incident, featured a striking comparison to the politics involved in the Iraq War.  As a political science major, Plach is able to write about history and literature while making contemporary allusions.

In the essay, Casey analyzes The Ox-Bow Incident, a story about a vigilante group of people that attempts to take justice into their own hands.  When a member of their town is murdered, the group finds three scapegoats and executes them without much deliberation.  Casey expertly relates this to the situation the United States found itself in when we decided to invade Iraq.  One example of her liberal arts education is that Casey crosses disciplinary boundaries and uses various psychological concepts, such as groupthink, confirmation bias, and cognitive dissonance, to analyze the critical decisions made by a large group.  She points out that, in retrospect, it is easy to blame the people who were in charge when we decided to invade, but she argues that we were a different country back then; a country in which most people supported the invasion at the time.  The concept of groupthink perfectly relates to The Ox-Bow Incident.  Casey’s essay was the best of her class, due in large part to her advanced writing skills.  She asserts, “Any career you go into, writing skills are so important, and Gateway really helps to develop that.”

Casey is currently a sophomore and is double-majoring in political science and Spanish.  She credits her gateway class – entitled “Citizens and Strangers” and taught by Professor Jim Simeone, head of the Political Science department – with helping to engage her in both areas of study.  “Taking that gateway class got me interested in immigration.  Having a gateway that’s so specific to a certain topic can really get you interested in something you might want to consider career-wise.”  Over the summer, Casey volunteered at Oakton Community College for a program called Volunteers in Teaching Adults (VITA), where she taught English as a Second Language.

Casey’s essay and course of study illustrate the strengths of a liberal arts program.  Post-graduation opportunities will most likely line up for Casey, and she attributes this to the skill and instruction of the political science professors.  “We have a great department.  They challenge you to critically evaluate what we consider normal, forcing you to consider all perspectives and think about our own society.”  As her school career continues, Casey looks forward to advancing in her studies and hopes not to quench her thirst for knowledge.