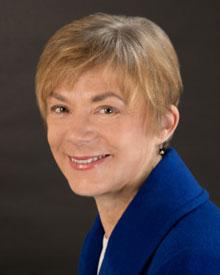 Dr. Linda French received her A.B. in astronomy from Indiana University and a Ph. D. in planetary astronomy from Cornell University.  Her scientific research, funded by the National Science Foundation, concerns the study of the shapes and surfaces of asteroids and comets.  She is a frequent guest observer at Lowell Observatory in Arizona and at Cerro Tololo Interamerican Observatory in Chile, and is often accompanied by students on these research trips.

During her sabbatical in 2009-2010, Dr. French was a Visiting Professor of Physics at the University of York, England where she investigated the life of York astronomer John Goodricke (1764-1786).  She has given lectures on Goodricke and his mentor Edward Pigott in York, Boston, and Toronto, and at major observatories in the United States and Chile.

To learn more about her research and teaching, please visit http://sun.iwu.edu/~lfrench/Introduction.html