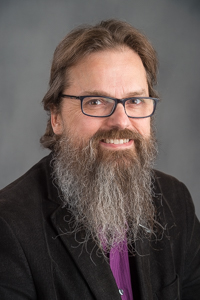 Professor Spalding received his Ph.D. in Applied Physics from the Harvard School of Engineering and Applied Sciences. His research tries to be serious, but is routinely rephrased in terms of playful sci-fi references, from creating a functional sonic screwdriver to Star Trek-style holodecks (computer-generated holograms that are not merely ethereal images; they have corporeal substance) and acoustic tractor beams (research awarded a 2014 Platypus Award from Mental Floss magazine and named a “Top 10 Breakthrough" of the year by Physics World magazine). His 2016 work on Faster-Than-Light Imaging experimentally demonstrated creation and annihilation of spot pair images (where one moves forward in time and the other backwards). If that's not spooky enough for you, check out his work on "Ghost Imaging" using quantum mechanically entangled photon pairs, where the photons incident upon the detecting camera have never interacted with the object imaged. He works, as an activist, to develop and support lab instruction. Feel free to visit his website.