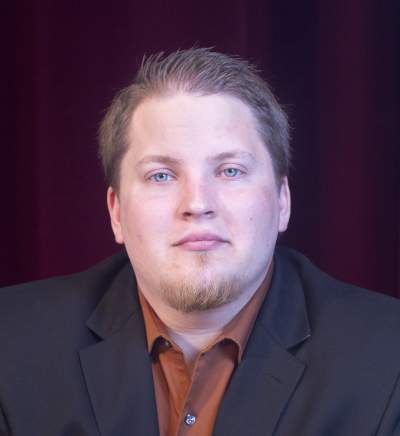 Vocal coach Andrew Voelker comes to IWU from Cleveland, Ohio where he studied collaborative piano at the Cleveland Institute of Music.  There he was active as a pianist in the studios of numerous principal members of the Cleveland Orchestra, as well as with the CIM Opera Theater and the Great Lakes Light Opera company.  His previous appointments include work at Case Western Reserve University, and Ursuline College. Andrew is an alumnus of Northern Illinois University.  Since 2014, he has worked at the Interlochen Arts Camp as a voice and opera coach.  As a tenor, he sang the role of Frederic in The Pirates of Penzance and has appeared in concert performances including Haydn’s Lord Nelson Mass , Mozart’s Coronation Mass , and Handel’s Messiah .  Andrew joined the faculty at IWU in the fall of 2016.