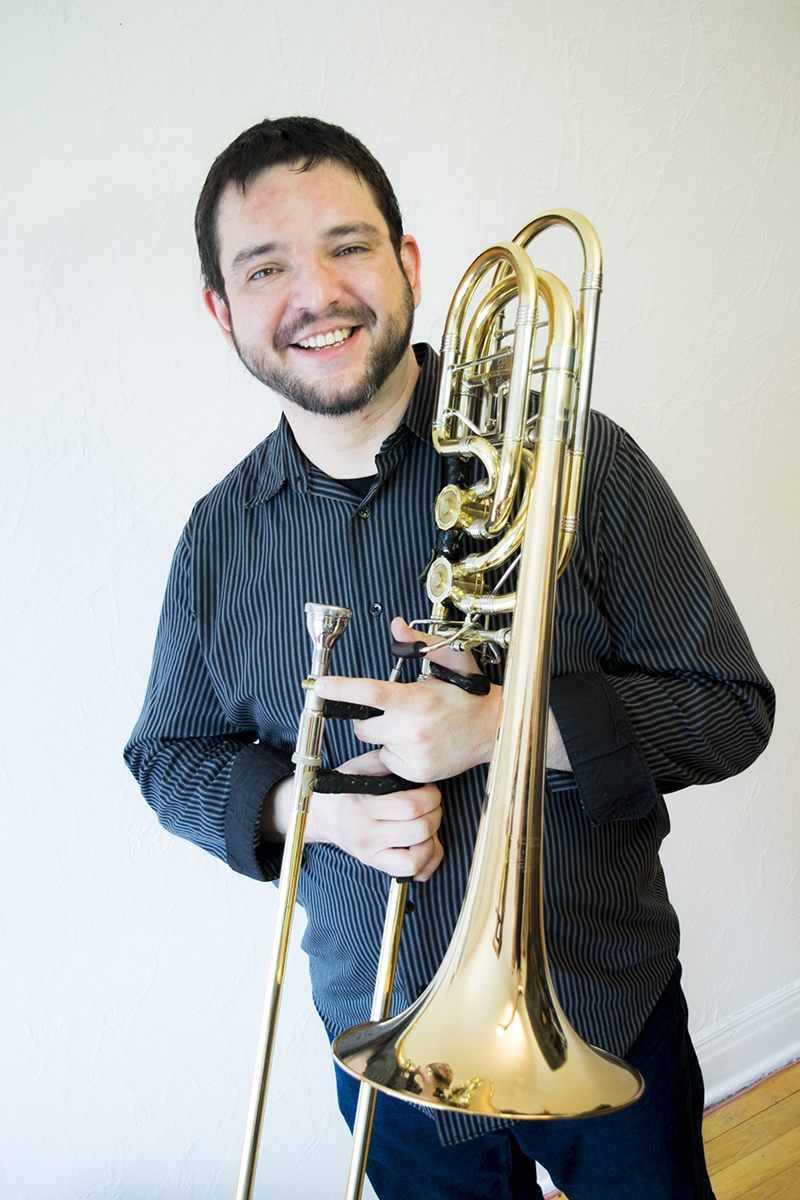 Dr. Andrew Rozsa is Adjunct Instructor of Trombone at Illinois Wesleyan University and the College of DuPage, and currently serves as bass trombonist with the Illinois Philharmonic and the Quad City Symphony.

Rozsa earned a Doctor of Music degree in 2015 from McGill University.  While at McGill, he was a two-time Schulich Award winner, and a featured soloist with the McGill Trombone Ensemble.  His doctoral research involved the study of metallurgical and design properties of trombones and their effects on the feel and sound of said instruments.

An active educator, Andrew has served on the faculty of McGill University, McGill Conservatory, and numerous high schools in the suburban Chicago area, before assuming his current positions at IWU and COD.

As a composer, his works have been premiered by the Cleveland Chamber Symphony and the Albuquerque City Schools’ string program, among others.

Dr. Rozsa also holds a Performers’ Certificate from DePaul University and a Master’s degree in performance from the Cleveland Institute of Music; he completed his Bachelor’s degree in composition and theory at the Baldwin-Wallace College Conservatory of Music.  His major trombone teachers were Doug Bennett, Allen Kofsky, Thomas Klaber, Charles Vernon, Mark Fisher, Floyd Cooley, James Box, and Pierre Beaudry.  He studied composition with Dan Adams, James Feldman, and Loris Chobanian.  He was also a participant at the 2011 Alessi Seminar.