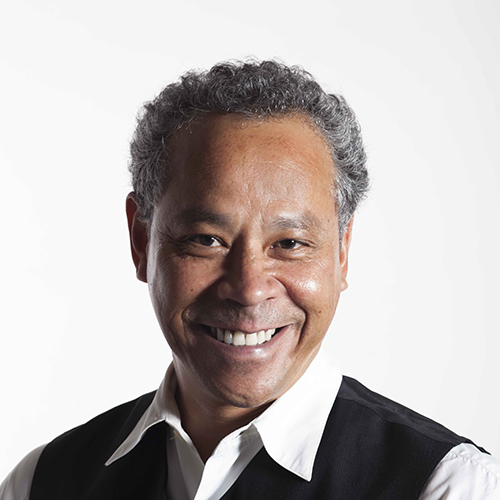 Director of the School of Music

Hailed as a leading South African pianist of his generation, Franklin Larey is acclaimed for his performances of works by Brahms, Mozart, Scriabin and Ravel.

Additionally, he has also served as Acting-Director of both the School of Dance and the Opera School, at the same university. During the summer months, he serves as Director of the Adamant Music School in Vermont.

He appears as recitalist, soloist and accompanist, and has worked with the conductors Isaiah Jackson, Gabriel Chmura, Bernard Gueller, Victor Yampolsky, Teri Murai and Lesley Dunner, among others. Of his appearance with the San Jose Symphony, the San Jose Mercury News wrote, "When Franklin Larey turned to soft poetry, time stood still, and the audience held its breath for an eternity. His slow movement was sheer ecstasy - clear, measured, lyrical."

Larey, who studied with Bruce Gardiner, Laura Searle, Frank Weinstock, and Richard Fields, has received several honors for his work as a concert pianist and for his contribution to music in South Africa, including the Distinguished Alumnus Award from the University of Cincinnati College-Conservatory of Music in 2003. He has been the subject of several articles, publications, and broadcasts.  In South Africa, he has served on the National Arts Council, a documentary of his career was aired on national television and he was featured in the Human Sciences Research Council’s series Living Treasures in 2003. He is featured in the Oral History Project of the Association for Diplomatic Studies, first published online by the American Library of Congress, and, in 2014, by SUNY Press as the book Outsmarting Apartheid.

He has won several awards, including first prize at the 1991 Young Chang International Piano Competition, and third prize at the 1996 New Orleans International Piano Competition. In 2003, he was awarded a prestigious Fulbright Researcher Award and spent six months in residence at the University of Cincinnati. He regularly performs in the USA, and has performed at the Kennedy Center in Washington DC, and at Carnegie Hall in New York City.

His critically acclaimed recordings include works by Brahms, Scarlatti, Mozart, Beethoven and Chopin. Most recently he released recordings of Mozart’s Piano Quartets, and the second book of Claude Debussy’s Prludes with Gabriel Faur’s Sixth Nocturne.

As a scholar, Larey’s main research is in the area of Brahms studies, and specifically in the theoretical principles of developing variation and motivic unity which underpin Brahms’s compositional style.