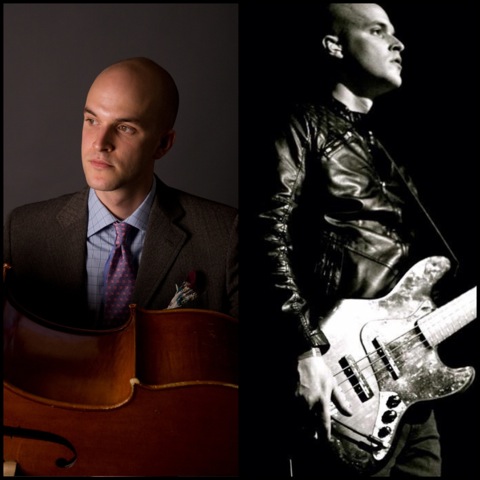 M.M., DePaul University
Based in Chicago, independent artist Trevor Jones works in a variety of musical settings. He performs with regional orchestras throughout the Midwest. He has also recorded for numerous artists and has co-written and recorded two albums: Tin God and Equinox with his Chicago-based alternative rock group Molehill.

Trevor is the upright and electric bassist at The Marriott Theatre in Lincolnshire, IL. His credits include Jeff®-Award Winning Musical Hero in 2012 and in 2014 at Asolo Repertory Theatre in Sarasota, FL. For the Glory with music Tony Award® nominee Frank Wildhorn (Jekyll and Hyde, The Scarlet Pimpernel), Battlecry by Paul Bogaev (Aida, Spiderman). and the World Premiere of October Sky 2015 at The Marriott Theatre.

Trevor grew up in Gettysburg, PA and studied double bass with Duane Botterbusch of the Harrisburg Symphony and continued with Andrew Kohn at West Virginia University where he earned a degree in Music Education. In 2009 he completed his Master's degree in Music Performance at DePaul University where he studied with Rob Kassinger of the Chicago Symphony Orchestra. While studying at DePaul, Trevor performed with the Civic Orchestra of Chicago and the DePaul Symphony Orchestra.

Trevor's alternative rock project Molehill performs at some of Chicago's most prominent venues and tours throughout the country. Highlights include appearances at CBS Studio Chicago, Metro (Chicago), Summerfest and SXSW. Their song "The Repeating" charted in the Top 10 of the KKBB Radio Speciality Charts in 2015. Trevor has won an ASCAP+ Award for his songwriting for Molehill.

Trevor is in demand as an educator in the Chicago area and maintains a studio at Midwest Young Artists, the preeminent youth music program in the Midwest.