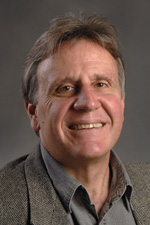 Professor and Chair of History

Robert T. Schultz, a specialist in the history of the United States, teaches courses on the history of American capitalism, the Progressive and Depression eras, Modern America from 1900 to 1945, the American West, Colonial America, and American survey history courses. He also teaches a variety of writing-intensive seminars for first-year students and the senior research seminar.

A University of Minnesota Ph.D., his most recent book is Soured on the System: Disaffected Men in 20th Century American Film (McFarland, 2012). Robert has also authored Conflict and Change: Minneapolis Truck Drivers Make a Dent in the New Deal (2000). His publications also include a variety of articles on film and history, literature and history, and the connections between the changing nature of work and social, cultural and political change.

Soured on the System analyzes representations of disaffected blue-collar and white-collar workers in American fiction and film from the 1840s through the twentieth century. This project expands his interests in cultural history represented in his essays "White Guys Who Prefer Not To: From Passive Resistance to Terrorist Acts" ( The Journal of Popular Culture , June 2011), and "Celluloid History: Postwar Society in Postwar Popular Culture" ( American Studies , spring 1990).

For an article in IWU Magazine on Soured on the System, see "The Cinema of Discontent".