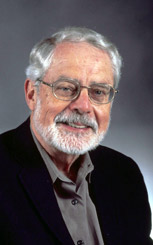 Professor Bushnell arrived in 1966 from Vanderbilt University, where he had been active in the Civil Rights movement. At Illinois Wesleyan University he began teaching one of the first African American history courses in the country. He has also been a member of the Bloomington-Normal Black History Project and a long time advocate for diversity issues on campus.

Paul is our nineteenth-century Americanist, though he also teaches a wide array of courses in American social-intellectual history, slavery, and the history of religion. Together with Robert Bray, Paul published the critical edition Diary of a Common Soldier in the American Revolution, 1775-1783.

In 1993 Paul was awarded the University's Dupont Teaching Award.