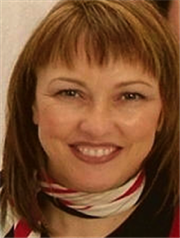 I have been teaching Spanish for over 16 years. Native of Madrid, Spain, I came to the United States to complete my Master's degree at Illinois State University and then received a scholarship from the Spanish Department of Education where I received a second Masters specializing in teaching Spanish culture, language, and literature at Universidad de Alcalá, Spain. I am the co-author of ¡Qué me Dices!, a task-based approach textbook to Spanish conversation. It is a pleasure to teach at IWU as it gives me the opportunity to demonstrate my passion for teaching Spanish.