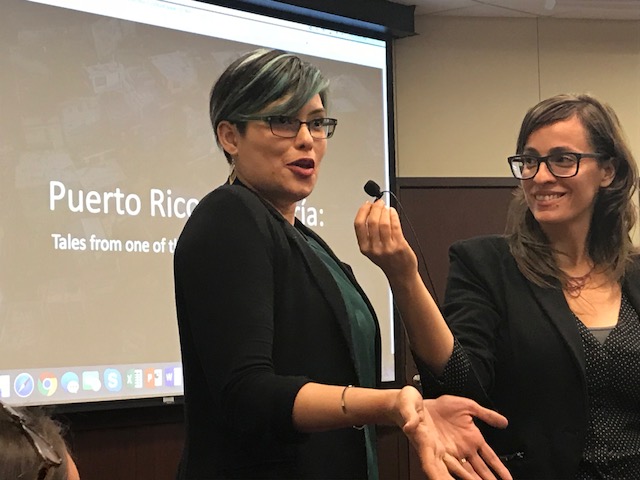 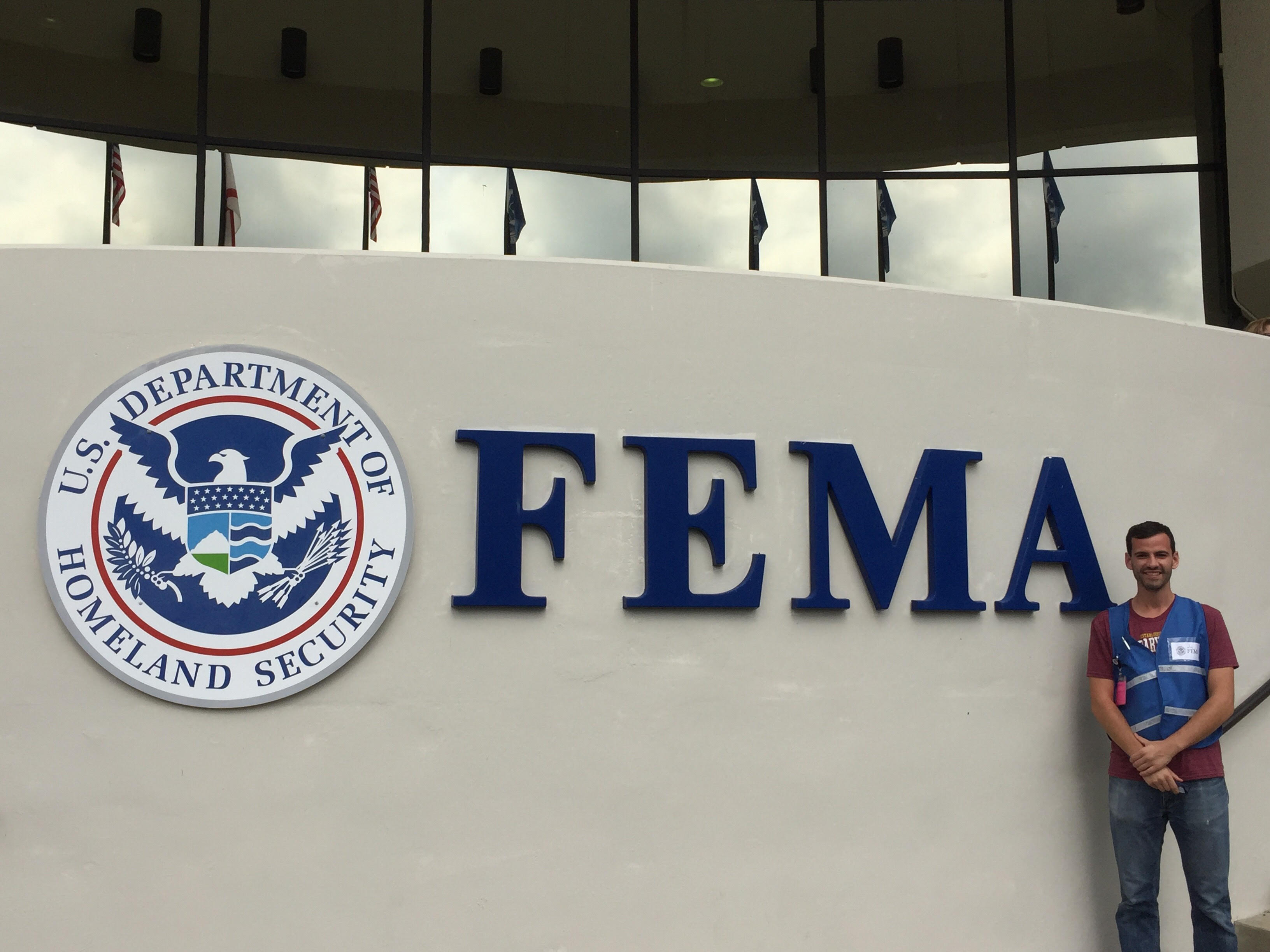 Joe Daniels '13 assists with hurricane relief efforts in Puerto Rico while working with US EPA. 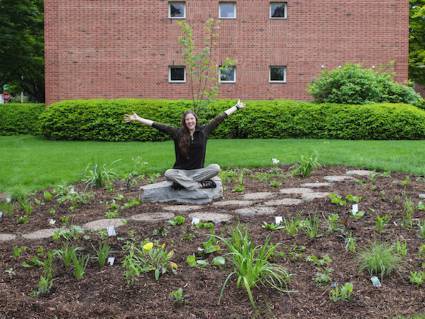 Learn more about the remarkable summer 2018 internships in Asia (e.g., Philippines, Thailand, Hong Kong, and Japan) available to current IWU sophomores and juniors through the IWU Freeman Asia program. Materials for the 2018 Program are now posted on the web at https://www.iwu.edu/career-center/Freeman-Asia-page.html. Application deadline is January 29, 2018. For more information, contact Professor Teddy Amoloza at tamoloza@iwu.edu. Sponsored by the Hart Career Center.

"Regulation and Human Health: An IWU Alum's Experience at the Environmental Protection Agency"

Joe Daniels '13, Risk Manager for the Office of Pesticide Programs in the US Environmental Protection Agency (EPA) is returning to campus and will talk about the EPA and his work there, including a recent mission with FEMA doing hurricane relief work in Puerto Rico. Based in Washington DC, Joe's responsibilities in his role as Risk Manager for EPA include reviewing microbial pesticide labels to ensure they adhere to current federal regulations. He acts as a liaison between EPA's science teams and companies when any scientific study is submitted to support what is on the labels. Additionally he works on several interdisciplinary teams within the Office of Pesticide Programs related to pesticide labeling. An IWU alum, Joe majored in Environmental Studies (International Environmental Sustainability) and minored in Anthropology. He is also a returned Peace Corps Volunteer, having served in Nicaragua for 27 months post graduation from IWU. This event is free and open to all at IWU and the public. Sponsored by the IWU Environmental Studies Program.

Recent years have seen an explosion of interest in the declines of pollinators. It has become clear across the world that a variety of factors interact to contribute to the losses of these beneficial insects, both in managed (e.g., honey bee hives) and natural (e.g., native bees) situations.  Dr. Adam Dolezal is interested in how multiple environmental factors, specifically viral pathogens, nutritional deprivation, and pesticide exposure, interact to affect bee health in the real-world landscapes of the agricultural Midwest. This area is marked by some of the most intensive agriculture and highest crop yields in the world, which has resulted in a transformation of natural and semi-natural landscapes into efficient production of only a few crops.  This talk will be geared for science students, but non-science students are also encouraged to attend. This talk is also free and open to the public. Sponsored by the IWU Biology Department. The CNS building is located at 201 Beecher Street in Bloomington, and parking is available in the lot just north of CNS.

"The Colorado" is a feature documentary that creates a crossroads between art, ecology and regional history.  The project's director and co-author, Murat Eyuboglu, will introduce the film and discuss its development and production.  The following information was taken from the documentary web site (http://www.projectcolorado. com/).  “For five million years the Colorado has carved some of the most majestic landscapes on the planet. It has also become the lifeline of a vast portion of North America, providing the water that sustains nearly forty million people, half a dozen major cities, and an immense agricultural empire. Because of these demands, the river is so overused and overpromised that it no longer flows to the sea or nourishes its delta. The Colorado, set to music by today’s leading composers and narrated by the stage legend Mark Rylance, takes us on a journey in nine chapters through the prehistoric settlements of the region, the period of European exploration, the dam-building era, modern industrial agriculture and immigration, and the impact of climate change. The Grammy-winning vocal ensemble Roomful of Teeth, cellist Jeffrey Zeigler (Kronos Quartet), and composer-percussionist Glenn Kotche (Wilco) perform the film’s exhilarating score.” This event is free and open to the public.

Much more than bare tree trunks where left exposed after Hurricane Maria made landfall on September 20th of 2017. The effects of high winds and storm surges were exponentially heightened in Puerto Rico by decades of amiss public policies, misguided development, the mismanagement of resources and rampant environmental injustice. What happens once business as usual cannot be sustained? And what lessons lie underneath the collapse of various systems? Join us as Brenda L. Martínez Quiñones discusses lessons from Puerto Rico, Hurricane Maria, and environmental injustice that showcase the impending vulnerability of every nation in the face of climate change. Brenda L. Martínez Quiñones  is a fellow in the Integrative Graduate Education Research Traineeship (IGERT) program, where she is pursuing doctoral work in environmental science at the University of Puerto Rico.  As a LEED-certified (Leadership for Energy and Environmental Design) architect, she maintains a private practice where she works on projects nationally and incorporates sustainability principles into the local design and construction industry. Co-sponsored by the IWU Environmental Studies Program, Department of Hispanic Studies, Latin American Studies Team of the International Studies Program & the Office of Diversity and Inclusion (as a 3-D Series Event ). This event is free and open to the public. Link to IWU news article about this talk here.

Unfractured is a feature documentary about activist Sandra Steingraber (an alum from IWU) as she leads the fight against hydraulic fracturing in New York state. The film website (https://www.unfractured.com/) states: “A hopeful documentary about fighting with your whole heart, Unfractured follows introspective biologist and mother Sandra Steingraber as she reinvents herself as an outspoken activist and throws herself into an environmental war that many believe is unwinnable.  Branded a “toxic avenger” by Rolling Stone, Sandra quickly emerges as a leader of New York’s biggest grassroots movement in decades. Determined to win an uncompromising battle with the oil and gas industry, Sandra decides she must fight with her whole heart—devoting all her time, energy, and money to the cause. But as the film opens, her personal life is thrown into crisis when her husband Jeff begins having one stroke after another. She knows her family needs her at home, but Sandra can’t stop—not until she and her allies win a state-wide ban on fracking.” Co-sponsored by the IWU Environmental Studies Program and John Wesley Powell Audubon. This talk is free and open to the public. Link to IWU news article here.

Bill Huber, who is the Technical Lead for First Solar, will give a talk comparing the trends among various types of energy production (various solar, wind, coal, gas, etc.). First Solar is the largest photovoltaic manufacturer in the country, making big-scale Solar Energy plants with 17 Giga-Watts of capacity deployed (not roof-top systems). Sponsored by the IWU Physics Department.

Click here for a sampling of Fall 2017 Events and Speakers