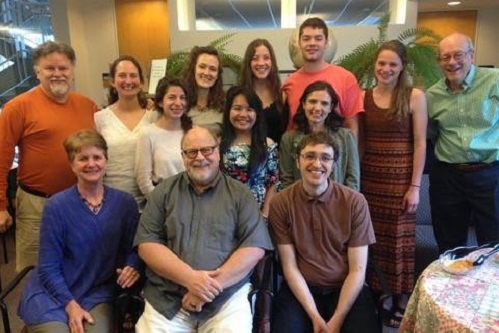 Faculty and graduating seniors at the 2016 Senior Reception 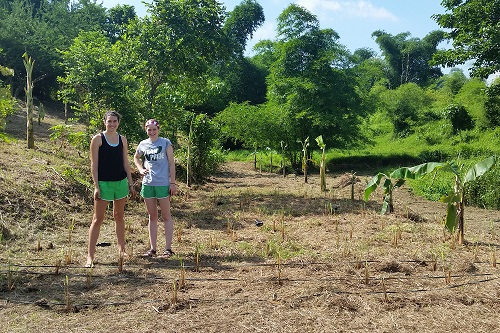 Kirsten Slaughter ('16) and Savannah Feher ('17) stand in a field of citronella they helped plant. 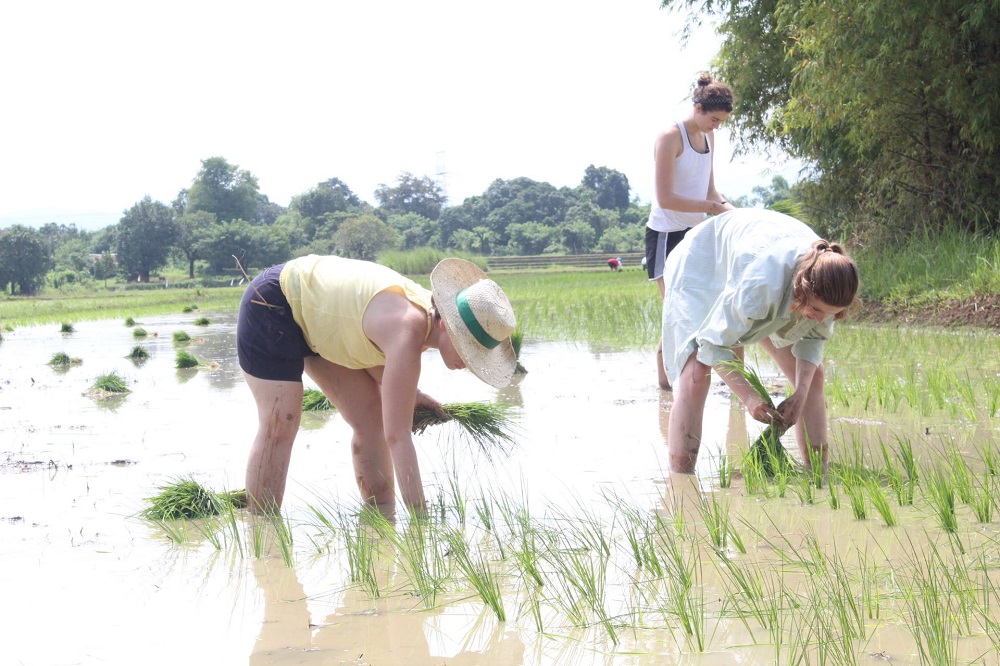 Before The Flood (2016) is a documentary about climate change starring Leonardo DiCaprio. Come watch this important film and engage in a brief discussion on how you can get involved and promote sustainability in your community. Free and open to the public. Co-sponsored by IWU Environmental Studies Program, JWP Audubon, and IWU student groups: Sierra Student Coalition, Peace Garden, College Democrats, The Multifaith Ambassador Program, Peace Fellows, the Sustainability Educators and Pi Sigma Alpha.

Dr. Mona Hanna-Attisha M.D., M.P.H., F.A.A.P. is the pediatrician who blew the whistle on the lead crisis with Flint, Michigan's drinking water last year, drawing national attention to a problem affecting this disproportionately poor and minority community. Dr. Hanna-Attisha is the director of the Pediatric Residency Program at Hurley Medical Center and Assistant Professor of Pediatrics and Human Development at Michigan State University College of Human Medicine. Her activism reflects Illinois Wesleyan's commitment to social justice and sustainability.

Felipe Calderon, former President of Mexico (2006-2012), will be the year's second speaker as part of the Adlai E. Stevenson Lecture Series. Calderon previously served as Mexico's Secretary of Energy. Currently, he is a member of the Advisory Council of the World Business Council for Sustainable Development (WBCSD), member of the Board of the World Resources Institute, and chairman of the Global Commission on the Economy and Climate. He has been honored as a world leader on environmental issues and is the founder and president of the Sustainable Human Development Foundation. More information here.

Do you want to gain real-world experience? Are you wondering what types of internship options are available? On Monday, March 27 at 7:00pm in SFH 103 come learn more about internships in the environmental field, how to find and apply for different options, and how to get class credit. Students will also share their first-hand experiences at various internships, giving more insight and helping you find a good fit. Sponsored by the IWU Environmental Studies Program.

Dr. Gro Brundtland, the first female Prime Minister of Norway, considered the "mother of sustainability," will speak as part of the Adlai E. Stevenson Lecture Series. Dr. Brundtland is best know in the environmental field for chairing the United Nations Brundtland Commission on Environment and Development, from whence was popularized the term "sustainable development." She also served as the Director General of the World Health Organization. More information here.

We are witnessing the end of the golden age of water. Freshwater was once abundant, cheap, and safe for humans, but that is changing rapidly. Couple that with the fact that over the next 35 years, the world's demand for water will rise by 55 percent, and it's no wonder that water technology and management figure to shape the 21st century much like oil conflicts influenced the 20th century. So how can he reshape a better future for water? In his talk, Dr. Seth Darling will discuss how we got to this point, what lies ahead, and what can be done now to respond and adapt. Seth B. Darling is a Scientist at Argonne National Laboratory and a Fellow at the Institute for Molecular Engineering at the University of Chicago. Dr. Darling has published over 100 papers and a popular book on climate change, holds several patents, and lectures widely on topics related to energy, climate, and water. Sponsored by IWU Physics Department.

Sustainable (2016) weaves together expert analysis of America's food and farming system with a powerful narrative of one extraordinary farmer who is determined to create a sustainable future for his community. Amidst the cornfields of Illinois lives the hero of the film - Marty Travis, a seventh-generation farmer who watched his land and community fall victim to the pressures of big agribusiness. Determined to create a proud legacy for his son, Marty transforms his profitless wasteland and pioneers the sustainable food movement in Chicago. The film reveals the devastating consequences that await human health and the environment if the current food crisis is left unchanged. And it unearths the future of agriculture - a marriage of age-old tradition and groundbreaking science – connecting the dots between agriculture, the environment, economics and public health. Sustainable empowers audiences and gives them hope for the future - that through this food revolution, we can all save humanity. More information - http://sustainablefoodfilm.com/. Sponsored by the IWU Environmental Studies Program.

Click here for a sampling of Fall 2016 Events and Speakers