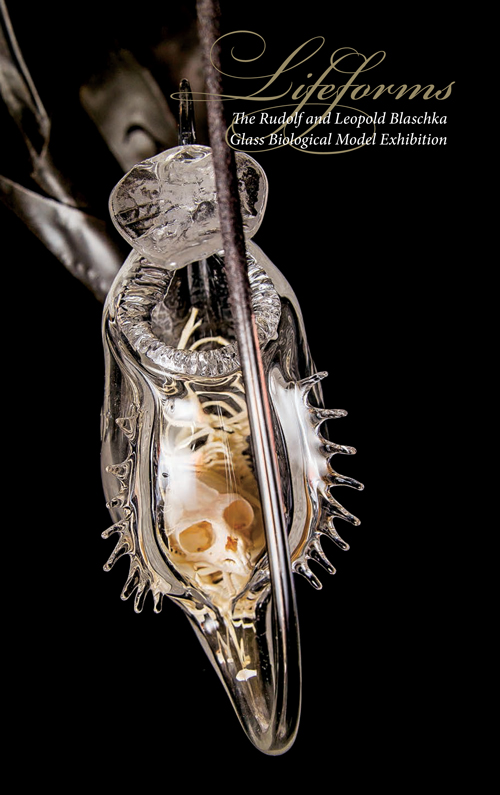 Initiated by renowned glass artist and flameworker Robert Mickelsen, the Lifeforms exhibition represents glass artists from Australia, Canada, Italy, Scotland and the United States. Mickelsen designed this juried exhibit as a way to honor Rudolf and Leopold Blaschka while at the same time showcasing artists who work with glass today.

The Lifeforms competition is intended to be an exhibition of the best biological glass models made in the spirit of the famous 19th and 20th century models of invertebrates and plants made by the father and son team, Leopold and Rudolf Blaschka for the Harvard University’s Botanical Museum.

To be juried into the exhibit, models were mandated to be of specific species and rendered as accurately as possible, but artistic presentation and creative contexts were strongly encouraged. Artists working in any glass technique (flameworking, glassblowing, pâte de verre, etc.) were invited to submit an entry (one per artist or collaborative team). The judging criteria was based on accuracy in representing the organism, aesthetic beauty, presentation, and originality.

Leopold Blaschka (1822-1895) and his son Rudolf Blaschka (1857-1939) were German glass artists, acclaimed for their production of flameworked (glass objects made using a torch), scientifically accurate biological study models. Working from Dresden over a thirty-year period, they expanded the catalogue of their botanical, floral and invertebrate models to over 700 examples.

The elder Blaschka was raised in a region of Bohemia known for processing glass, metals and gems and later joined the family glass eye and ornament fabrication business. His development of a technique he called “glass-spinning,” permitted him to construct extremely precise works with the material, some which were painted and fashioned with wire and paper.

In the mid-1800s, Leopold began to replicate exotic flowers and marine invertebrates in glass for which he, and later joined by his son Rudolf, took commissions and also sold to museums, aquaria, universities and other educational institutions via the “Ward’s Catalogue.” Initially, many of the invertebrates were produced almost exclusively from two-dimensional drawings, but eventually, preserved specimens were used as references.

The two glassworkers notably were contracted by Harvard University in the late 1880s and 1890s to produce plant models for the then young Harvard Botanical Museum. The Ware Glass Flower Collection (named for benefactors Elizabeth C. and Mary Lee Ware) is on permanent display at the Harvard Museums of Natural History and contains in excess of 3,000 specimens. After his father’s death, Rudolf continued to make models through 1938. To the present, many historians, curators and artists contest that the precision and skill with which the Blaschkas crafted their works remains unrivaled. The Blaschka’s talents have set the bar for Lifeforms’ participating artists.

Works included in the Lifeforms exhibit at Illinois Wesleyan University 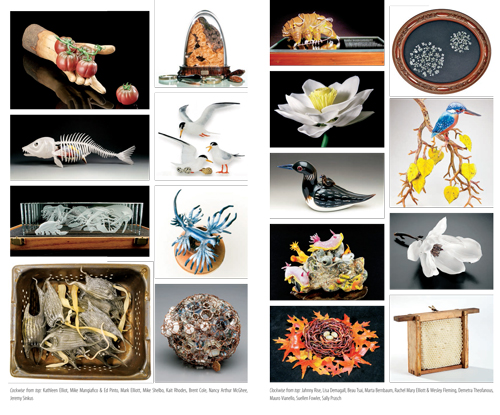 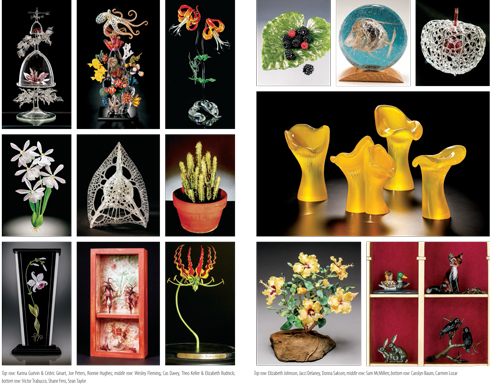 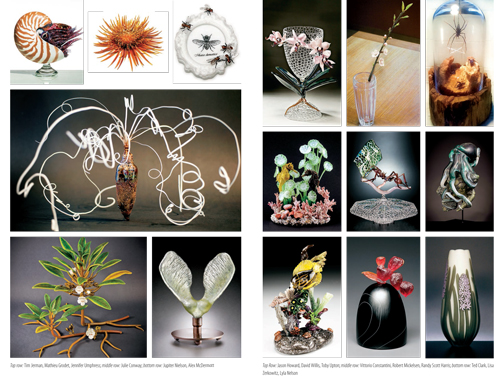 Please click here to learn more about the Lifeforms exhibition 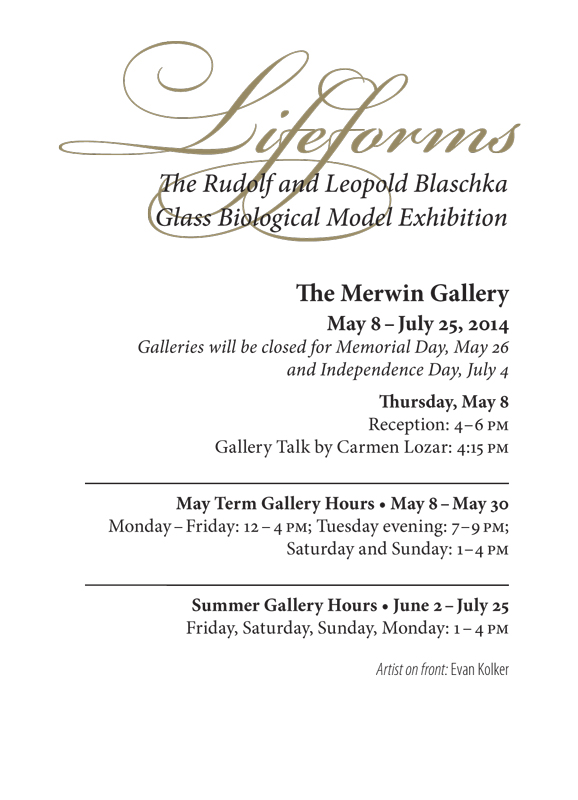 ALL EVENTS ARE FREE AND OPEN TO THE PUBLIC.